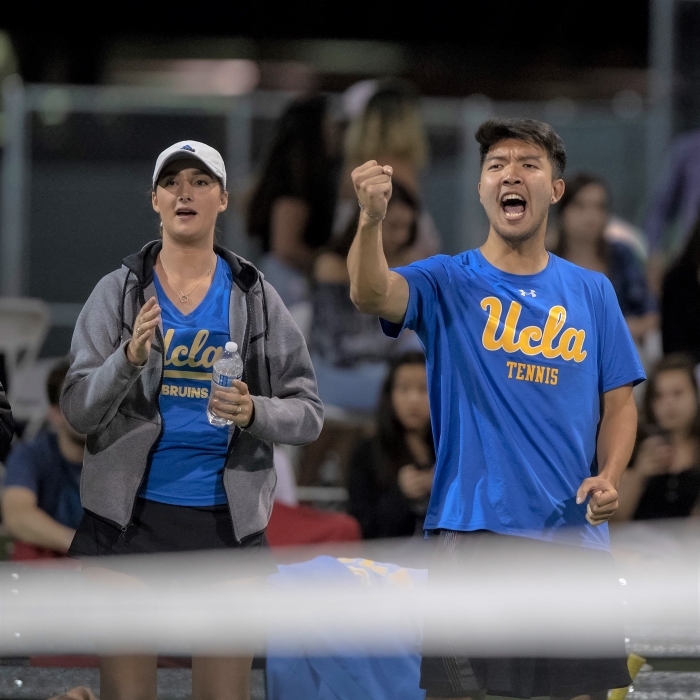 Universities across the nation are struggling to maintain athletic programs as budgets are adversely affected by the ongoing pandemic, while students wonder whether they will even be invited back to campus life. From the gridiron to the ice rink, athletic programs have been subject to downsizing – or worse.

While heavily reliant on international players, tennis is among those sports facing the residual effects of COVID-19. Nationwide, more than twenty Division I/II tennis programs have been completely eliminated. Many of these schools attract students from across the globe; a large percentage of those student-athletes are not expected to return from overseas. These programs are also decreasing roster sizes and season schedules, with an emphasis on limited travel. Many teams will only travel by car to remote competitions.

The impact is already being felt in Southern California. The California Collegiate Athletic Association (CCAA), which includes Cal Poly Ponoma and State programs in Dominguez Hills, Los Angeles, and San Bernardino, has canceled all fall season athletic seasons. Claremont Mudd-Scripps has eliminated all high-risk athletics this fall, including football, basketball, and soccer.

While tennis is a spring sport in California, these programs often compete in fall season tune-ups and tournaments ahead of the regular season. With these activities in limbo, players can only hope that spring sports will continue on schedule and tennis programs will remain intact.

Athletics aside, some campuses will not even open for classes this fall. The University of Southern California, having previously announced the forthcoming reopening of campus this fall, has retracted the plan and will instead conduct the vast majority of studies online. The Trojan men’s tennis team was among the favorites for a national title before play was halted this spring.