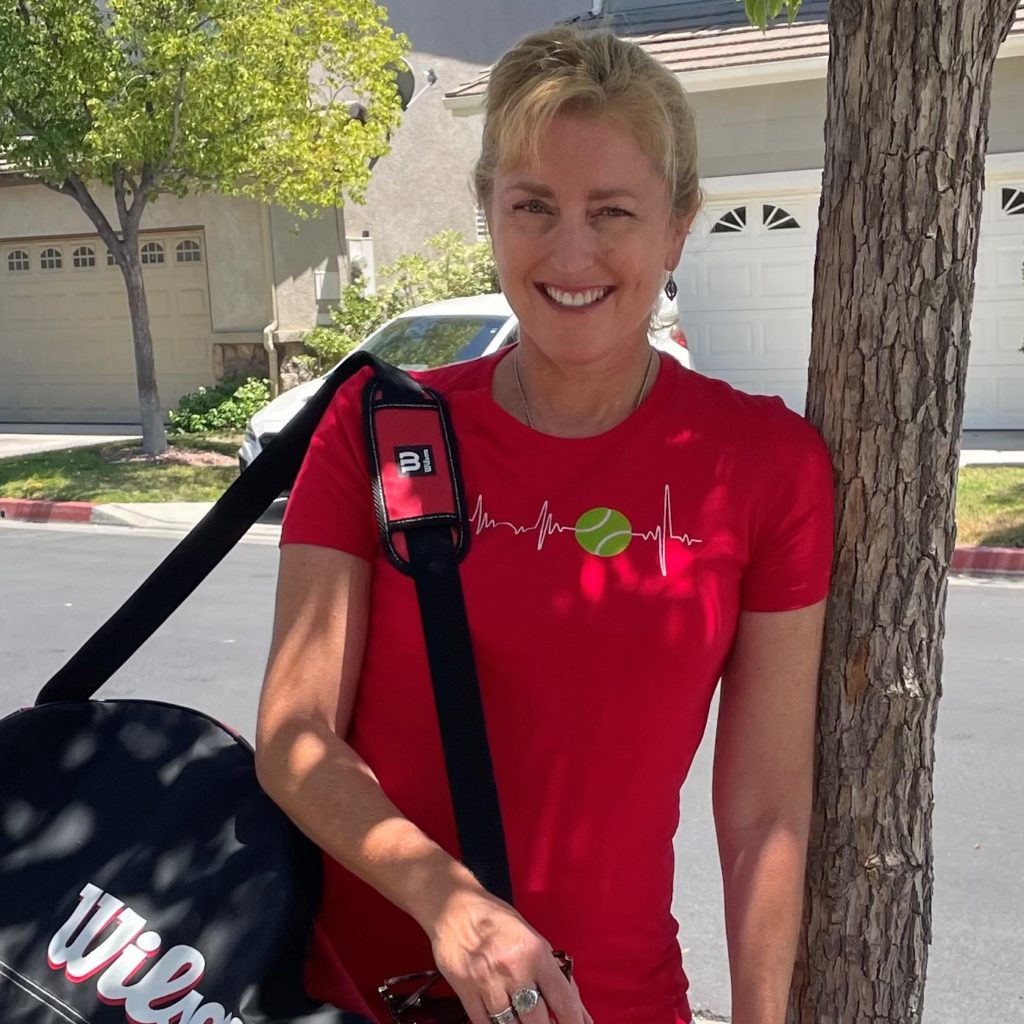 It doesn’t matter much that Kelly Seidenkranz has never played in a tennis tournament before. When she takes to the courts to compete in the annual 2022 Donate Life Transplant Games in San Diego, what matters more is that Seidenkranz will be playing at all.

The 51-year-old from Canyon Country is an example of a true medical miracle and will join 143 fellow Southern Californians – and thousands more from around the U.S., and even athletes from Australia, Brazil and Mexico – at the annual Transplant Games in what is billed as the world’s largest celebration of life and a chance to honor the lasting legacy of the donors who gave the ultimate gift of life.

“I just hope to make a few points and have a good time,” said Seidenkranz, a natural athlete who a little more than two years ago suffered a massive heart attack requiring a heart and kidney transplant. “The true reason I signed up for the Games was to inspire people to consider organ donation.”

Seidenkranz will take part in the tennis portion of the Games, which begins August 1 with singles draws and resumes the next day with doubles competition. She will also take part in a 5K fun run, a cycling event, and participate in a parade during the five-day celebration of transplant survivors and donors.

It was a normal, early summer day for Seidenkranz, a Spanish teacher with more than 25 years of service in the classroom at the same Canyon High School she attended as a student. Seidenkranz had finished a walk with her mother and began preparing to teach a summer session. She said she felt pain in her chest but thought it was just stress related. She collapsed to the floor in excruciating pain and had a 100 percent loss of blood pressure through her heart. Seidenkranz remembers nothing else from that point on and was rushed to the hospital after suffering a STEMI heart attack, or a “widowmaker” as it’s commonly called, the deadliest type of heart attack where there is nearly total blockage of a coronary artery that supplies oxygen-rich blood to part of the heart muscle.

“I had technically died twice,” said Seidenkranz told the Santa Clarita Signal, adding that she had flatlined two separate times after the heart attack, with a defibrillator bringing her back each time. Two days later, she awoke at UCLA Medical Center having multiple stents inserted along with two pumps to her heart, both forms of life support. She remained in the hospital for 62 days.

Seidenkranz later learned she suffered from SCAD, a rare condition that affects women at the average age of 42 with no history of heart problems in the family. “My dissection was the left main and so severe only four other times has a person survived,” Seidenkranz said. “They give you less than 1 percent chance to survive.”

Finally released from the hospital in September of 2020, Seidenkranz began her intense rehab the entire school year before returning to the classroom full-time on the one-year anniversary of her transplant, on August 5, 2021.

Seidenkranz’s father, Dr. Rendel Houston, ironically is an 85-year-old former surgeon who told her he had never seen anyone go through what she had and that it was incredible how she had persevered with such a positive attitude through the entire ordeal.

Seidenkranz has written letters to her anonymous transplant donor, but has not heard back. “I did meet my Transplant Sister, who we believe received a lung transplant from the same person,” Seidenkranz said.

“People kept telling me, doctors included, how amazing it was that I always had a smile on my face in the midst of horrendous suffering,” Seidenkranz said. “I credit that to God alone! It’s really miraculous that I’m here and I’m competing in these Games.”

Seidenkranz describes herself as a recreational tennis player. “My stepdad who passed away 15 years ago taught tennis and my entire family plays,” she said. “So, it just felt right signing up to compete in tennis.”

Seidenkranz admits she’s nervous for her day of play and has been working out with a friend at the local courts. She recently purchased a brand new Wilson racquet and tennis bag. “I love watching tennis,” she said. “I wanted to challenge myself. I think about my stepdad – he would be so proud. He loved tennis and passed down that love of the game to his family.”