Smith moving on from UCLA, turns pro after life-changing experience 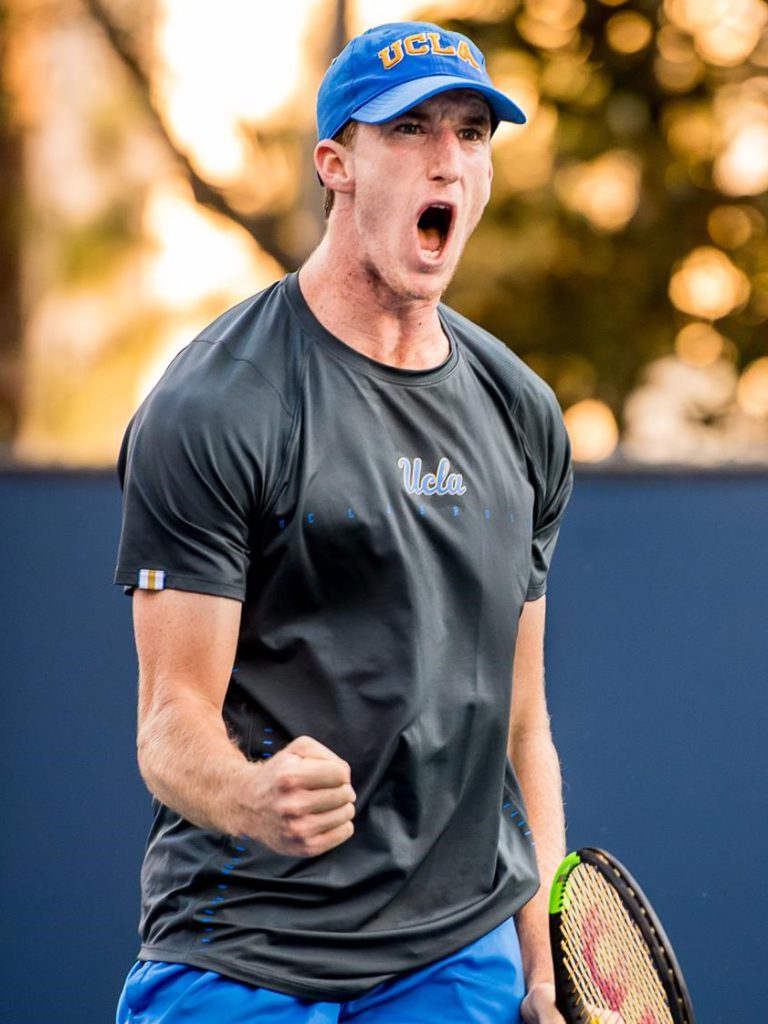 Just days after announcing he had decided to forgo his fifth year of eligibility at UCLA and turn professional, Keegan Smith took to the court and made a definitive statement that his decision was the correct one. The pro tour is where he belongs.

Perhaps still on a high about the finality of the decision he had recently made, the 23-year-old from San Diego managed to reel off five consecutive victories and win his first professional singles title at the USTA Pro Circuit $15,000 Futures event played in Lubbock, Texas.

“It was a pretty cool thing,” said Smith, who we caught up with as he drove to Los Angeles to visit family following a day of watching tennis at the BNP Paribas Open in Indian Wells.

What made the victory even sweeter was that for the past six months, Smith had worked his way back from a horrific skateboarding accident near the UCLA campus where he was the victim of a hit-and-run accident. Smith spent eight days in intensive care surrounded by friends and family suffering from a broken temporal bone and skull, brain swelling and a blood clot on the brain.

No longer a SoCal resident having moved to Orlando to train full-time with the USTA, Smith has a unique perspective on his accident. “I’m really grateful actually that it happened,” he said. “Everything happens for a reason. It was a time when I was maybe starting to stray away from my family a little, and this got us immensely closer and both my parents were with me at the hospital as well as my brother and sister.”

Smith said having a new lease on life has changed his attitude and the way he lives. “I’m just so grateful waking up each day and breathing,” he said. “I was living kind of fast and did a bunch of stuff that people might see as dangerous. But I’ve slowed down a lot. I love my life. I’m happy to be here.”

Following up his first pro singles title in Texas, Smith headed east traveling all day Monday, took a day off on Tuesday and was right back on the court Wednesday. He won two rounds for his seventh consecutive win as a pro before falling in the quarterfinals.

“My body just started shutting down,” Smith said. “I woke up one day just feeling sick. My shoulder was beat up and I couldn’t serve. I’m just happy the way my body held up for sure in that first tournament.”

Smith said he credits University of San Diego head coach Sebastian Rey and Jeff Miller of One Nine Sports Medicine and Physical Therapy for helping him get his strength and conditioning back after the accident.

Smith will enjoy the next few weeks on the West Coast as he plans to play in the USTA Pro Circuit $25,000 Futures tournament in Calabasas the last week of October. Smith’s coming out party came at this same time four years ago when as a high school senior he made it through qualifying at the Bakersfield Futures, beat Bradley Klahn in what he calls his biggest win ever, won six straight matches and advanced all the way to the semifinals. The next week he won a round at Calabasas and in 2019 he qualified and advanced to the second round at Calabasas.

November will bring three big Challenger-level events indoors at Knoxville, Tenn., Charlottesville, Va., and Champaign, Ill. Then it’s on to Turin, Italy, where Smith has been named a practice partner for the United States Davis Cup team.

Davis will return to Orlando in December, but doesn’t plan to take any time off during tennis so-called “off-season.” He is being coached by Dean Goldfine and said Orlando is one of the toughest places to play in the world.

“Once you play there you can play anywhere,” he said.

Smith added: “A lot of people take December off but I’m thinking I kind of have an edge right now because a lot of players are burned out or hurt or just want to get some rest and not mentally there, whereas I’m as hungry as ever.”

“I’ve been ready for a while but I really wanted to win a national championship,” said Smith, who won the NCAA doubles title with Cressy in 2019, was a three-time ITA All-American and achieved a career-high ranking of No. 4 in the Oracle/ITA singles ranking. But I didn’t think that was going to happen this year. I didn’t think it was right to go for five years after the success I had there. My goal has always been to go pro so I’m loving it.”