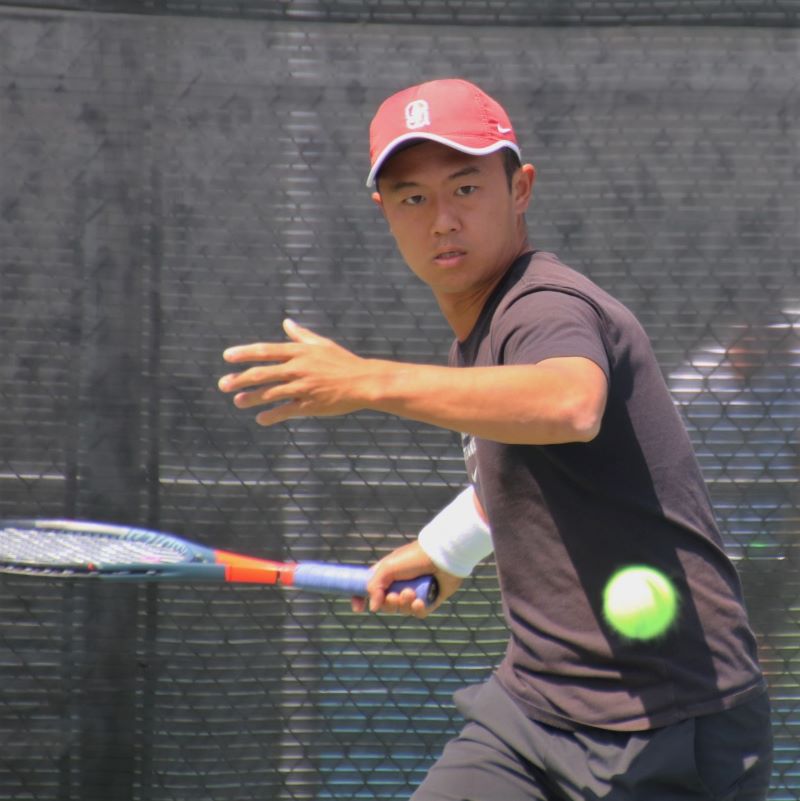 The Stanford Cardinal (9-4) may claim Northern California as their home turf, but it took a little SoCal flavor to claim the top spot in the PAC-12 conference standings this season. With their dominant win over Washington last week, Stanford is 6-1 within the PAC-12, winning their first conference title since 2015 when they tied for the top spot with USC. It is the team’s first outright title since 2003.

San Diego’s Timothy Sah, a celebrated SoCal junior known for his impeccable sportsmanship, posted eight singles wins (plus six doubles) for the Cardinal in his senior season. Sah won seven of his last eight regular season matches to help Stanford to victory over conference powerhouses USC and UCLA. The Computer Science major is a two time ITA Scholar Athlete, and he expects to return for a fifth year in the fall to work towards a Master’s degree.

“It is definitely a great feeling to have won the conference championships this year,” Sah said after the team won its first round match on Saturday at the PAC-12 Championships in San Diego. “The last time Stanford won it was in 2015 which was before my time, so it was really special to be able to have that winning experience with my team.”

Sah often teamed with Tristan Boyer this year as a SoCal doubles connection, including during yesterday’s first round at Barnes Tennis Center. The freshman Boyer notched six wins during the season, and like Sah, he earned critical wins over both USC and UCLA. But perhaps none were bigger than closing out the title-clinching win against Washington.

Boyer appears bigger and stronger than he did on the global circuit as a SoCal junior, and the Altadena native looks ready for an extended post-season run in his inaugural year with the Cardinal.

“Freshman year with the Card has been super fun,” he said on Saturday after posting a routine singles win to kick off the Stanford shutout. “It has been nice to have some success, but the best part is having an awesome group of guys on the team who I can learn from. It has been pretty different than what I was expecting, but better than I thought it would be.”

Not to be outdone, the 13-3 Women’s team carried a ten-match winning streak late in the season before falling to Pepperdine and hitting a brief skid before closing strong with wins over USC and Cal. Los Angeles’ Emma Higuchi continued her stellar collegiate career with a 13-2 season tally (plus 6-2 doubles) on a squad also featuring Taylor Lalas (L.A.) and Nicole Mossmer (La Jolla).

Both teams will head into next month’s NCAA tournament with high expectations, and Sah can feel the anticipation growing.

“Playing matches that count for the tournament always adds an extra air of excitement,” he said, “and especially with how little we have been able to play out of conference this year, I look forward to going toe to toe with teams outside of our conference. Despite our late start to the season and some other challenges along the way, I think that our team has started to round into form, and I’m looking forward to making a run in the NCAA tournament next month.”

But first on the agenda, Sunday’s PAC-12s, where the #1 Stanford men play their semifinal against #5 Arizona State, while the #2 women meet #3 California to open the day’s slate.