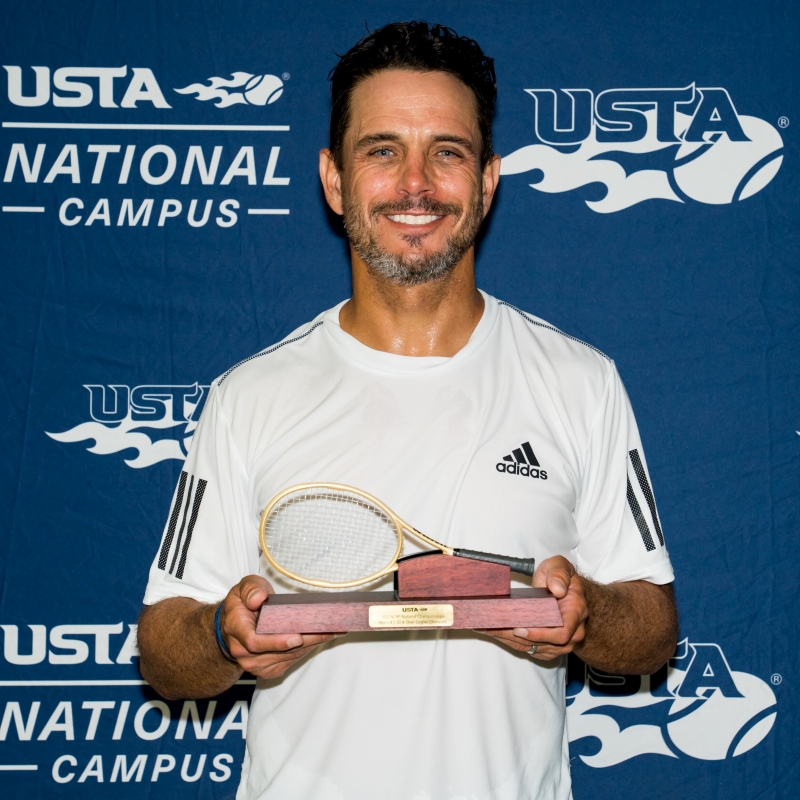 The USTA Nationals are Level 1 adult tournaments that host competition across multiple NTRP levels and age divisions. To qualify for the NTRP National Championships, a player must first be “endorsed” by the Section and meet the NTRP eligibility requirements set by the USTA.

Those interested in advancing to next year’s Nationals should take a moment to review the updated NTRP Nationals qualification guidelines and Southern California’s selection process.

Last month’s NTRP Nationals were highly successful for #TeamSoCal players who represented the Section against some of the nation’s top competition. In 50+ singles, Men’s 4.5 winner Rob Strasberg of La Jolla was the singles champion over Robert Golsmith, 4-2; 2-4; 4-3.

Those interested in additional tournament opportunities should visit our Adult Tennis Tournaments page.