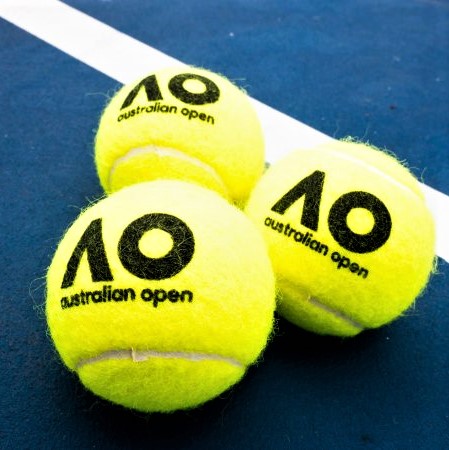 #TeamSoCal heads down under this month as the qualifying rounds of the Australian Open get underway. After a stellar rookie year in 2020, San Diego’s Brandon Nakashima returns to Melbourne as the ATP World #170. Nakashima, who won his first Challenger event in November, appeared at the US Open last fall, winning his opening round match before falling to eventual finalist Alexander Zverev.

West Covina’s Ernesto Escobedo has moved inside the Top 200, nestled at #199 entering the Aussie qualifier. Escobedo had been playing spirited tennis early in 2020 before the schedule was cut short, and he hopes to rekindle that momentum on this year’s tour. Former UCLA standout Maxime Cressy (ATP #168) was eliminated from the first round last year, but went on to capture his first Challenger event weeks later in Canada.

On the women’s side, Long Beach native Asia Muhammad (WTA #198) played eleven straight tournaments in Australia last year. Despite an early departure from the Open, Muhammad won three of those eleven ITF events, an impressive singles performance for an established doubles star.

The current WTA #218, Thousand Oaks’ Claire Liu played a lot of tennis late in 2020, including two straight ITF quarterfinals to end her season. Right on her ranking heels, WTA #219 Danielle Lao (Arcadia) reached the third round of the 2020 Australian qualifier, but the former Trojan played only four more matches on tour before the season was cut short.