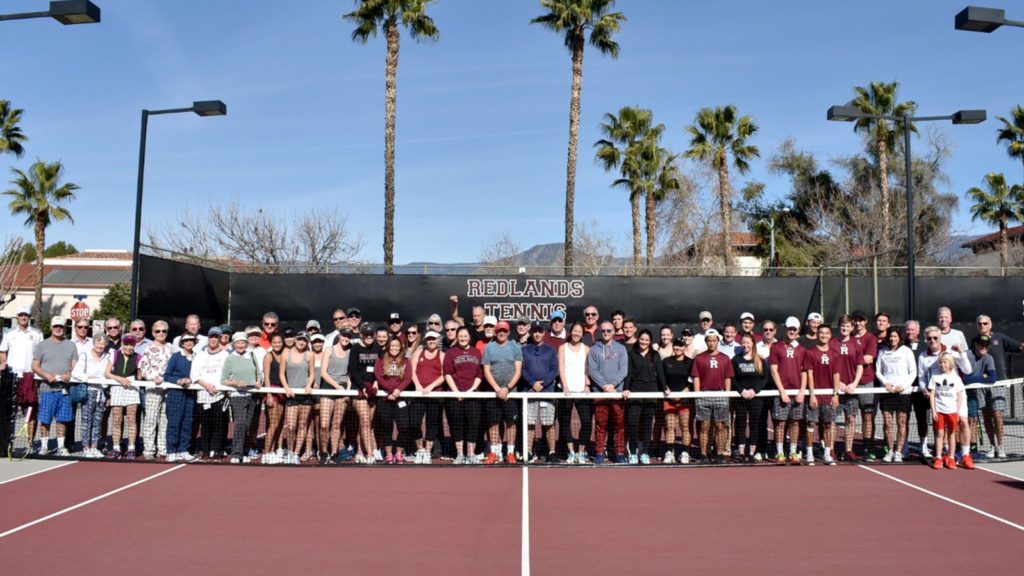 Southern California is a hotbed for collegiate tennis programs at all levels, and while a lot of the attention might focus on big D1 schools like UCLA, USC, or Pepperdine, there are also programs such as the University of Redlands that boast a wealth of history and great facilities where student athletes develop. The University of Redlands is in the spotlight right now, as they recently broke ground on the construction of their new tennis courts, named after legendary former coach Jim Verdieck, continuing his legacy of tennis excellence in SoCal.

The new Coach Jim Verdieck Tennis Center will feature 12 lighted courts on a post-tension concrete playing surface, and two digital scoreboards, allowing their men’s and women’s teams to compete simultaneously. This will give Redlands the ability to host regional tournaments and NCAA championship matches. The courts are currently on track to be completed by the end of the calendar year, so university athletes have something grand to look forward to in the new year.

Coach Verdieck was a native of Escondido, and a former student athlete who played football at Stanford University. In 1946 he started as an assistant football coach at Redlands and went on to become head coach of both the football and tennis teams. He helmed the football squad until 1958 but remained the head tennis coach for over 37 years, retiring in 1984.

Verdieck became a legendary figure, finishing his career with an overall record of 921-281, winning 15 Division III national championships and 24 NAIA championships with the Bulldogs. Even more impressive, more than 300 of his program victories were against Division 1 schools. Coach Verdieck would tally numerous records in D3 tennis, including a period of nine years in which he had 137 wins and only 3 losses.

The decision to name the new tennis center after Coach Jim Verdieck was a no-brainer for the University of Redlands, according to current head coach of both the men’s and women’s tennis programs, Peter Yellico. “We are ecstatic about the upcoming completion of the Coach Jim Verdieck Tennis Center,” he said. “This new facility will be monumental for our current and former players. Coach Verdieck was undoubtedly one of the most successful coaches in college tennis history, and the new facility will honor his legendary career.”

The impact of these new tennis courts will certainly be felt by the Redlands tennis teams. Speaking to the university publication, Bulldog Blog, current women’s tennis player Kendall Bolock said, “The new facility allows me to play the sport I love on brand-new tennis courts while competing with other schools. It’s a rebirth for the program because new recruits will be able to enjoy our new facility as well.”

The family of Coach Verdieck, including his sons, Doug and Randy, worked closely with the University of Redlands administration to honor their father and continue his legacy by bettering the lives of the school’s athletes. Rather profound in the groundbreaking of the new site is that the asphalt from the old tennis courts will be grinded and used for the base of the new facility. This ensures that the new tennis courts, and the University of Redlands tennis program, will stand as a beacon for college tennis with the legacy of Jim Verdieck embedded in its foundations.