This is… Arroyo Grande’s Delanie and Peyton Dunkle 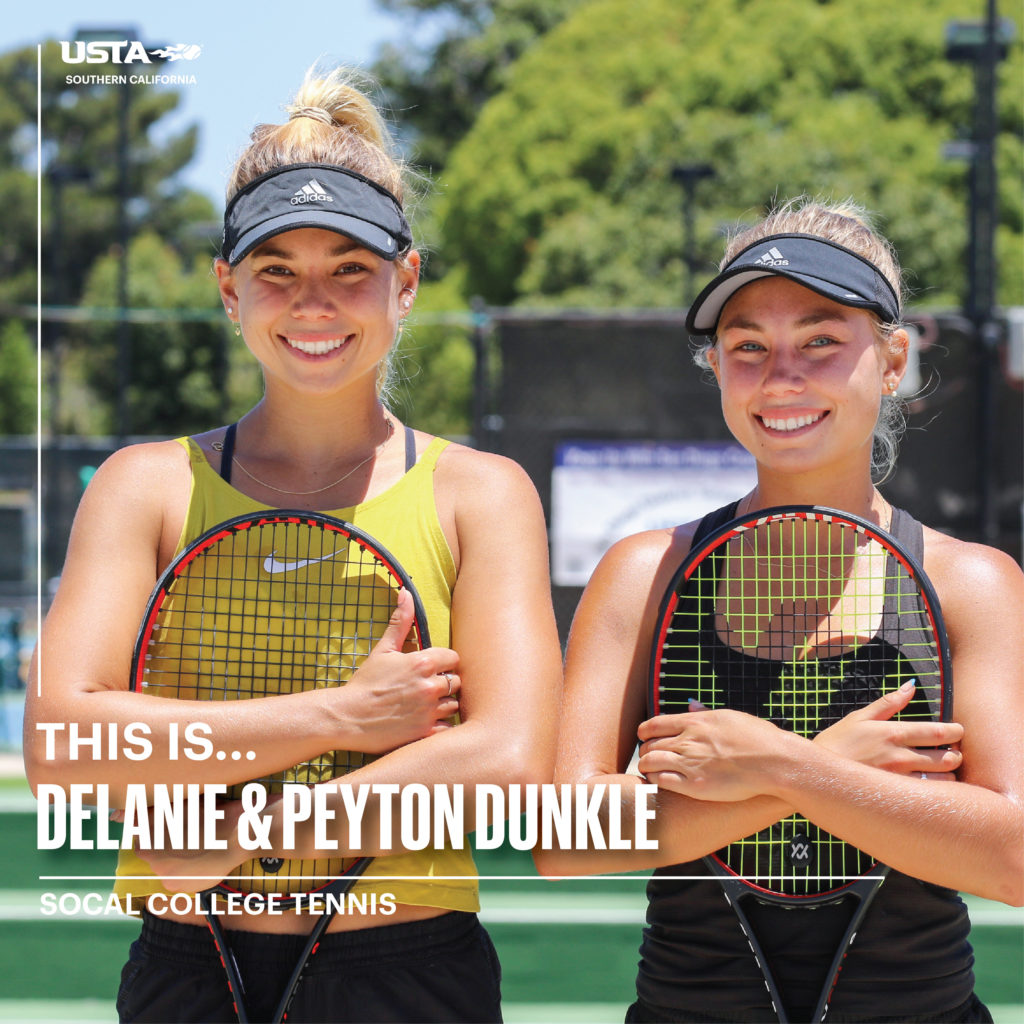 Delanie and Peyton Dunkle have both been playing tennis since they could hold a racquet. The sport was introduced to them by their father, who is a tennis coach. While it might seem like they were destined for the sport, the sisters have a deep love for tennis that has only been amplified through each other’s company. While they are frequently mistaken for twins, Delanie is currently a rising redshirt sophomore at Cal Poly, where she plays alongside Peyton, who is a rising sophomore.

The sisters had both participated in other sports, including golf and track, while growing up but both were aware at a young age that their focus was on tennis. “I always just gravitated more towards tennis,” said Delanie. “It was just a lot more fun for me.” Peyton’s sentiments were similar, saying that she was aware that her true passion was in tennis during middle school. While the sisters train together often and did so while growing up, it wasn’t a stragihtforward journey for either of them, and each had to find their own path and place in the sport.

“We never really played in the same age group,” explained Delanie. “We weren’t really rivals, the only time we ever really played against each other was in high school tennis. A few times when we were younger, we played doubles together. But that didn’t really work out. We would argue a little too much!” Delanie and Peyton recently played doubles together at Open Sectionals and were successful, so they are tempted to give a doubles partnership another try nineteen years into being sisters. Peyton said about their relationship, “Definitely now that we’re in college, we’re more partners than rivals and we enjoy playing together more.”

Delanie verbally committed to Cal Poly in her junior year of high school, being very keen to stay in California and having had the chance to attend numerous Cal Poly tennis matches. “It’s a great community,” explained Delanie. “It’s a smaller town around the college, so we get such huge support from the community.” It was not a forgone conclusion for Peyton to go to Cal Poly, but meeting her sister’s teammates and having the chance to interact with the Cal Poly community, Peyton came to the same conclusion as her sister, saying “With all of the support, and just growing up here, I didn’t think there was any better place to go than San Luis Obispo.”

Both sisters are currently majoring in business at Cal Poly and are each taking their time to make the decision about how involved with tennis they will be after graduating. With a long way to go still for the pair of them, Delanie and Peyton are focused on getting the most out of their college experience and enjoying their time as athletes at Cal Poly, determined to challenge for a Big West Conference title and an appearance in the NCAA tournament during their time at the school – and through it all, right by each other’s side.