This is… Claremont’s Cynthia Hom 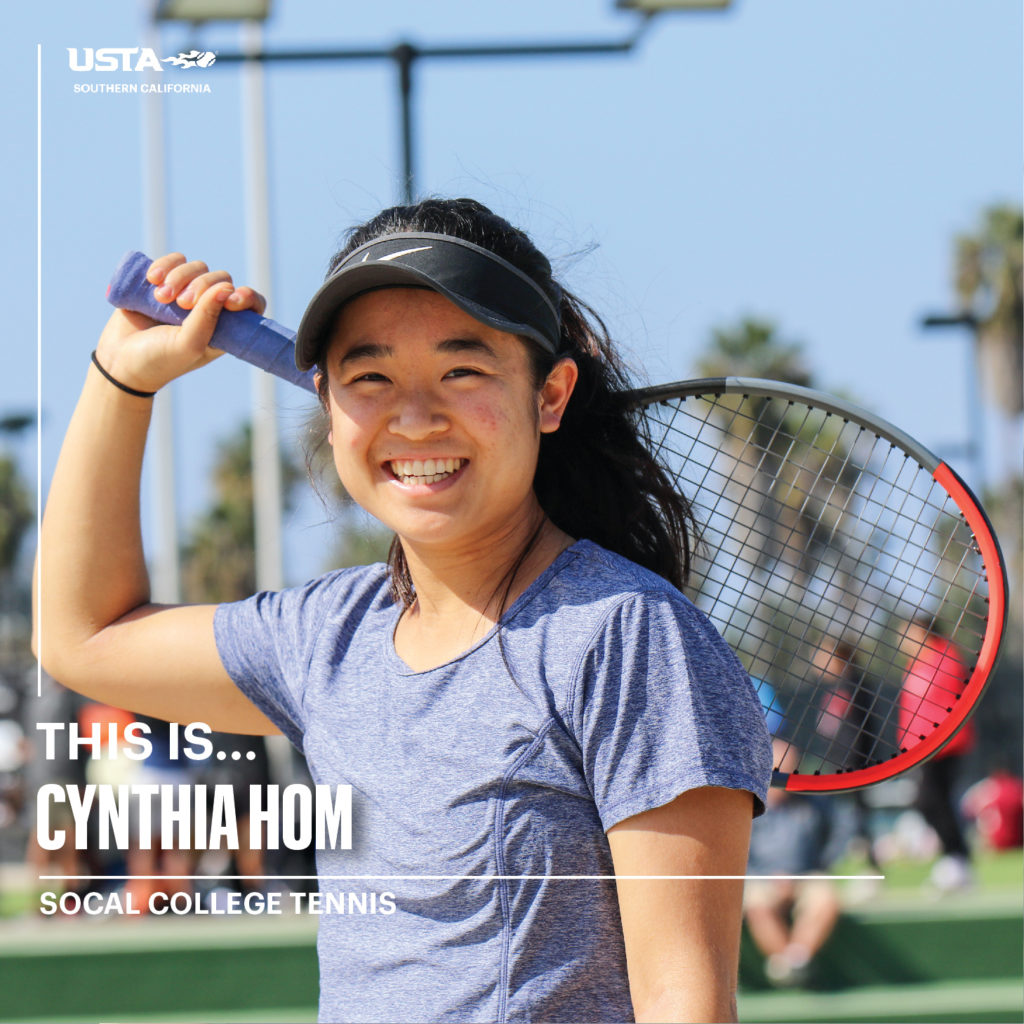 Club Sports on college campuses can be a tenuous affair as the process is entirely self motivated. Students aren’t bound by scholarships and are usually competing for the love of the game as opposed to career motivation. As a result, a lot of club programs across the country find themselves struggling to maintain membership and participation at events. That being said, one would presume that it would be five times harder to maintain interest across five campuses as opposed to one. That hasn’t stopped Cynthia Hom, third year captain of the Claremont Colleges club tennis team from drumming up a growing club tennis culture at the Claremont Colleges.

Studying at Harvey Mudd, one of the five C’s in the Claremont Colleges consortium, Hom was instrumental in bringing the Claremont Colleges to Tennis on Campus Sectionals in 2022. Alongside students from Claremont McKenna, Pomona, Pitzer and Scripps College, Hom and the consortium attended TOC Sectionals for the first time in 2020 and thoroughly enjoyed their time at the competition. “We came to sectionals for the first time 2 years ago,” she said. “We weren’t able to come last year because of COVID. But we had a lot of players who were excited to come and play.”

The computer science major has a passion for tennis that started a long time ago. Influenced by her mother who is a tennis coach, she had a racquet in hand as a toddler. “My mom is a tennis coach, I played when I was really little, 2 or 3 years old. We would play in the living room with toy racquets,” said Hom. Eventually, Hom went from hitting tennis balls over her couch with a toy racquet to playing on her school teams. “I played for my middle school team and high school team which was really fun,” she recounted.

The appeal of playing on a team stayed with her, but like many college students who look to play sports while attaining their degree, she wasn’t prepared to commit to a full time varsity schedule. “I was always considering playing for the varsity team but it was always academics first. I love competing and love playing so I love that aspect of club tennis,” explained Hom. She therefore satiated her competitive crave by joining the combined club tennis team at the Claremont Colleges.

When asked about the difficulties of getting together a team across five colleges, Hom shrugged it off and seemed to take the challenge in her stride. “We all just meet up at the courts, Thursday nights and Sunday nights. Sometimes we’re not always done with homework but that’s okay,” joked Hom. Despite differing schedules and the presumption that it might be hard to maintain a sense of cohesion without a common school, the Claremont Colleges team definitely showed up as a united squad.

Having not played in TOC Sectionals before 2020, it’s clear that the team is in its initial stages. However, Hom was clear and focused on the goals she has for the club. “Our first goal is to have fun, secondary to that it would be great to see us be more competitive. Hopefully we can play in more tournaments. Maybe even get to the point where we can make nationals,” said Hom. They are clearly on the right track, with enough players from each of the five colleges to put up a good showing at sectionals, and with enough enthusiasm to continue to grow the club and improve their chances of making nationals. Hom enthusiastically said “We have a lot of good players who are excited to play, so I’m excited to see what we can do!”

Hom herself seems content with her tennis career, making a tenable impact in the Southern California tennis community through driving the Claremont Colleges team forward. A far cry from her first serves in the living room, Hom continues to make the most of the sport of tennis and has no plans of stopping anytime soon. “I love tennis, it’s always been a big part of my life. I’m definitely going to play for the rest of my life, maybe play some league when I get older,” she said. Considering the impact she has already had on those around her, it is reasonable to believe that she will continue to spread that passion for as long as her career stretches.