This is... Dee Henry: A lifetime of dedication, with still more to give - USTA Southern California
Community News

This is… Dee Henry: A lifetime of dedication, with still more to give 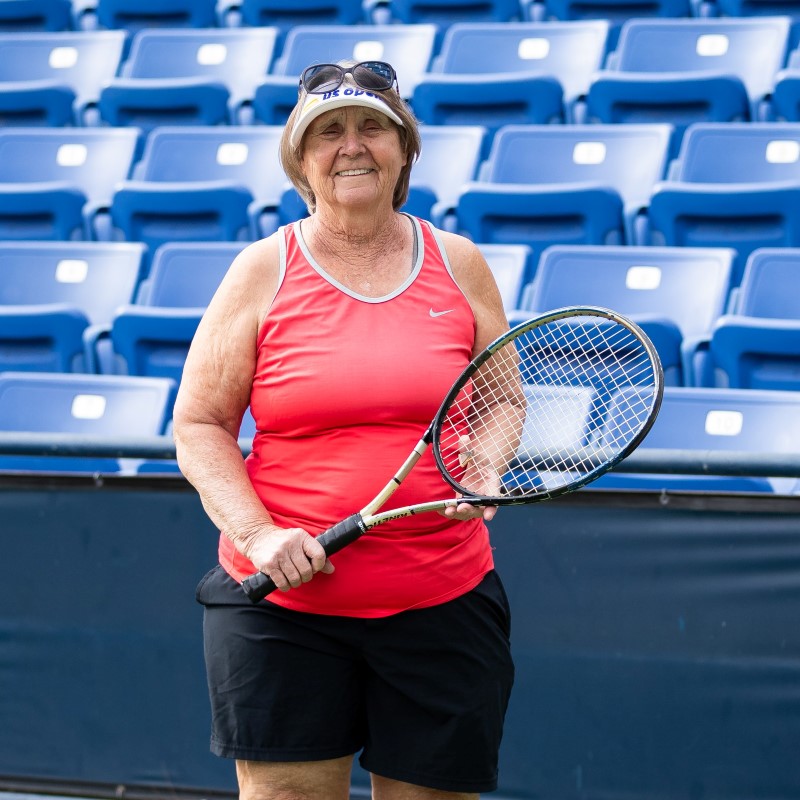 Vic Braden was celebrated by the New York Times as the “pied piper” of tennis. An accomplished college player and tennis pro who parlayed his experience to become a TV personality and published author, Braden was a master at generating interest in the sport.

At Braden’s tennis academy in 1978, wheelchair tennis visionary Brad Parks was among the featured speakers. In the audience was Dee Henry, a Southern Californian who would go on to become one of the most prominent providers of wheelchair tennis in the nation.

“During the (Braden Academy) training, I saw Brad Parks demonstrate that Wheelchair tennis players can compete with stand up players,” Henry recalls. “We were encouraged to introduce tennis to individuals in wheelchairs.”

Now almost five decades later, Henry might be considered a pied piper of wheelchair tennis, and her resume of accomplishments is far more than a one-pager. Biola University, where she spent 45 years as the women’s tennis coach before retiring to Professor Emeritus status last year, has bestowed countless honors on its long-tenured coach. As with the USPTA and ITA, Henry has been honored multiple times by the USTA, including as recipient of the prestigious Eve Kraft Community Service Award in 2006.

“I am very humbled to have received each of the honors,” Henry says. She is quick to deflect attention to those around her, from Kraft and Parks to Don Henson and Pete Brown, all celebrated providers of tennis.

Henry herself works with players of all ages, from little youngsters to teenagers and grown adults. Regardless of age, Henry still basks in the thrill she sees when wheelchair-bound players first wield a racquet and become immersed in the benefits of the game.

“It has been my experience that once a person hits a tennis ball from a chair, it feels so good that they sense the possibility of participating in a sport they can enjoy with others who are not in a wheelchair,” Henry says. “They will not all become tournament players but those we have introduced to tennis was something that they seemed to enjoy.”

Throughout her long time dedication to the sport, Henry has encountered innumerable players whose lives have been enriched partly because of her investment in tennis. She speaks of the first wheelchair player she encountered – a two-year-old who grew to realize tennis made him feel like “a regular kid.”

Or the girl who took Henry’s advice to try wheelchair tennis as a freshman at Biola, just years after suffering a life-altering injury. She went on to play tennis at the US Open.

Still, Henry’s impact may do more for the players as people than as athletes.

“Not everyone becomes a ranked player,” Henry admits. “A 13-year-old girl was encouraged to practice her push and glide when she was on a flat surface. The next week she came back so excited to tell us, ‘I went to the mall with my friends and I was able to push myself.’ Are these tennis experiences as important as a national championship? It was to these kids and their families, and to my staff!”

For all she has given to the sport, Henry has enjoyed its benefits as well.

“The life lessons I’ve learned from tennis have shaped who I have become,” she says. “In the mid 1960’s I remember telling people that I was going to keep playing tennis into my 80’s even, if my nephew had to push me about the court in a wheelchair.  As soon as I learned that one could be a Life Member of the National Wheelchair Foundation, I sent in my application and check!”