This is… Gardena’s Ethan Henderson 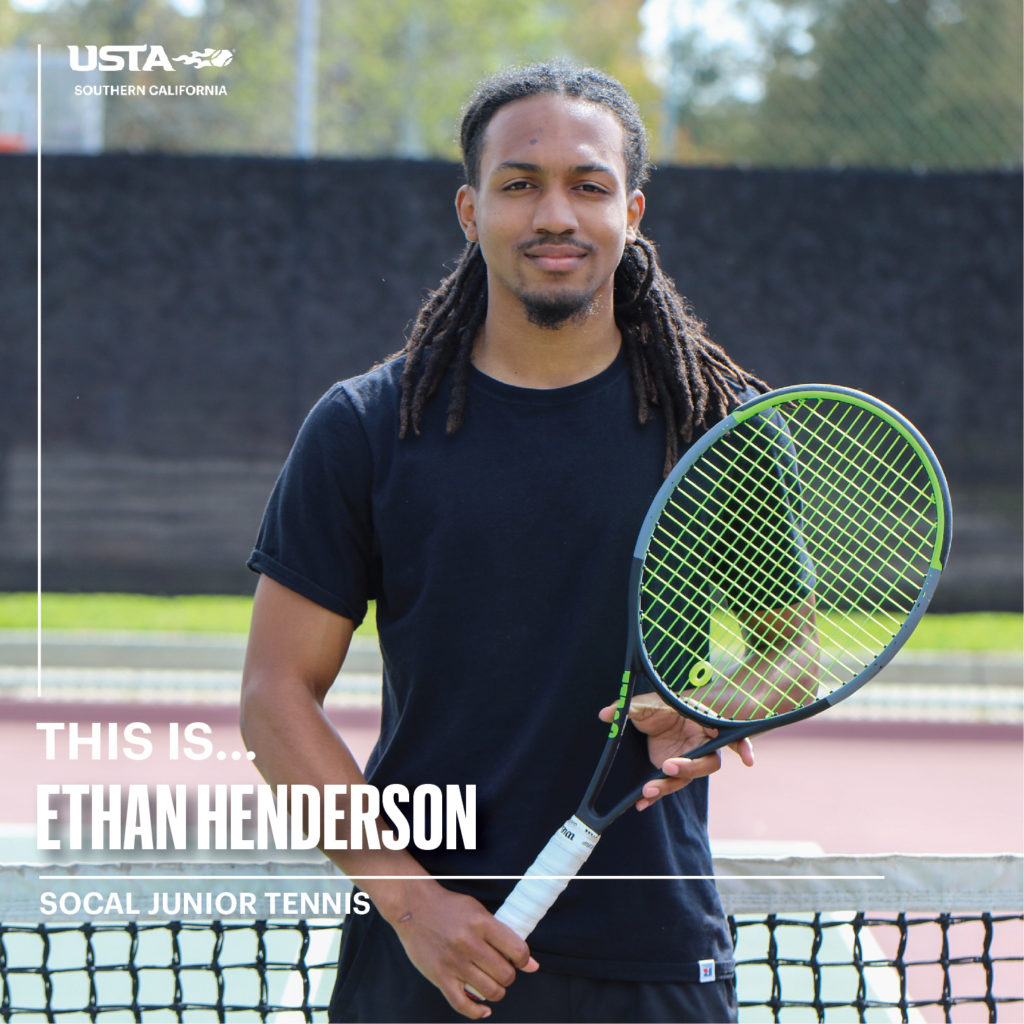 Introduced to tennis at eight years old, Ethan Henderson has found himself following a passion for ten years and has seen it turn from a hobby into an integral part of his life now and for the future.

From Gardena, California, Henderson was introduced to the sport of tennis by his grandfather who would bring Ethan and his cousins out to watch him play regularly. Despite his level of success, Henderson is nonchalant in recounting his entrance into tennis alongside his cousins: “I used to watch them play all the time,” he remembers. “I thought that was so cool to see all of them play together. So, I decided to play myself! I just really liked seeing my grandfather out there playing with other people. Everybody loved him and loved seeing him, so I wanted to be pretty much just like him.”

Henderson was the only one out of his cousins that continued to play in the long term, and in tandem with tennis, he has undoubtedly also kept the same reverence that he has for his grandfather. Henderson is analytical about how his love for the sport grew, acknowledging that even as a child he was drawn both by the athletic and competitive aspect, as well as the community aspect of the sport.

“First, it was the community aspect,” says Henderson. “But further, I realized I really love the sport of tennis. It’s just a great sport for me. I love running I love actually hitting the ball. It’s also my easiest way to relieve all my stress.”

Henderson is graduating from high school this year. With his future ahead of him, he hopes to continue enjoying tennis as he progresses. “I’m going to community (college) first and I’m planning to play on the team,” he said, adding that his intention is to transfer to a larger program as he progresses.

The eighteen-year-old even has visions for his long term future, with interest in becoming a tennis coach, having already started as a junior coach at the moment. He learned to appreciate the importance of coaching at an early age, as he recalls not clicking with his first tennis coach, highlighting the importance of finding the right coach and the right environment for you. “We saw another (coach) and it looked a lot more friendly and more community like there was a lot more kids. It looked more fun to me! That’s why I gravitated towards him.” Like a lot of other Junior players, Henderson fondly speaks about meeting a number of his friends in tennis, including some of his oldest friends.

Behind his story in tennis, there has always been a clear, underlying motivation for Henderson: To be like his grandfather. When asked what his long-term goal is, Henderson could have gone any direction, but his answer was simple.

“I’m never going to stop playing tennis. Long term, just like my grandpa. He’s been playing all his life. Like I said he was pretty much my idol. I wanted to be like him. So, I’m going to be playing tennis till I can’t play.”