This is… Jessica Widmark 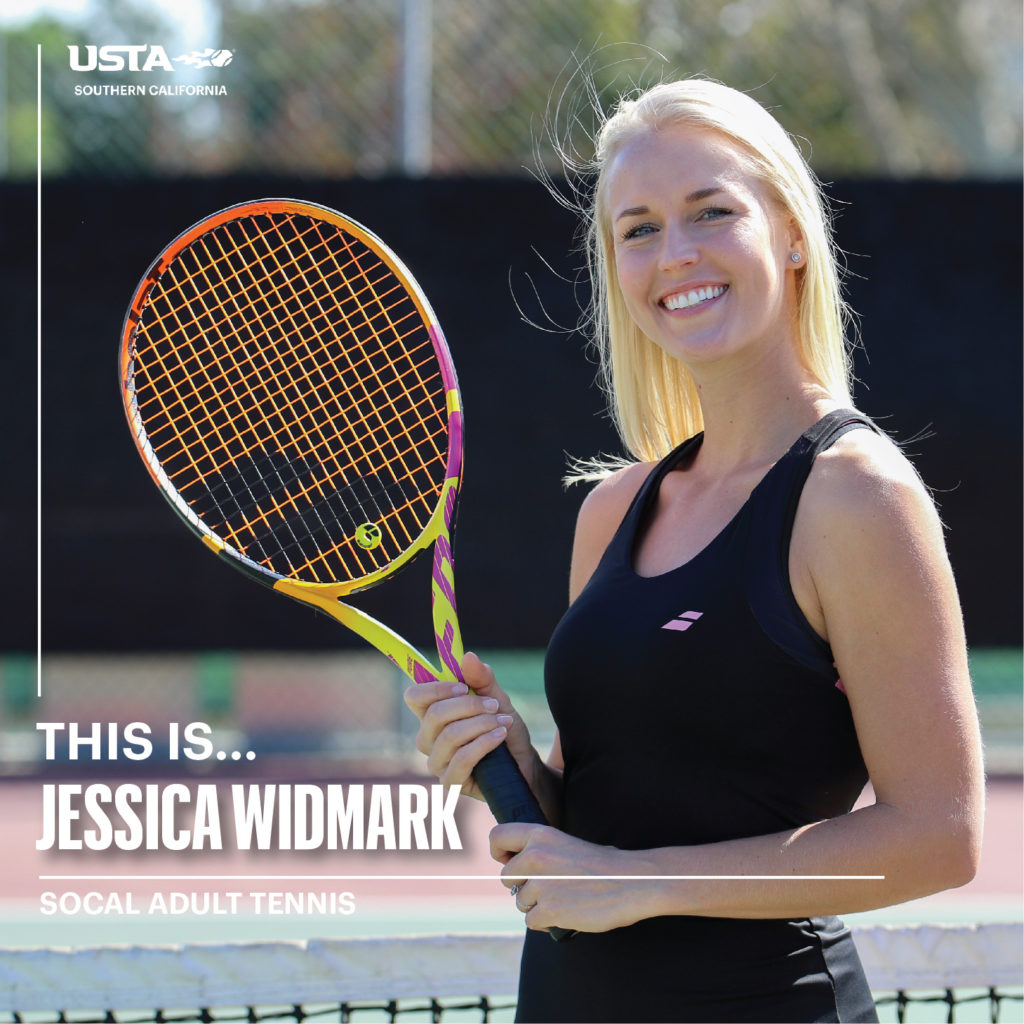 “It’s definitely possible to do both. Don’t let your academic drive limit you from doing anything else.”

If you look at Jessica Widmark’s resume, this definitely seems easier said than done. The current UC Irvine PhD candidate has been balancing tennis, and a very diverse academic career since the age of 7. Moving between the United States and Sweden multiple times, she has always managed to keep her passion for engineering and tennis at the forefront of her life and continues to excel at both.

Widmark notes that a large part of her decision to pursue a life in the United States is because of the support that academic institutions give to athletics, with the Swedish system typically pushing people to prioritize either athletics or academics over the other. This need to pursue all of her passions equally made the decision to play varsity tennis at Florida Tech University an easy one. Widmark nonchalantly described earning a scholarship with the Panthers and starting her tennis career in the US with four successful years in Florida, all while earning her B.S. in Electrical Engineering.

“I honestly enjoyed it all the way throughout,” Widmark said without an ounce of hesitation about continuing to play tennis even after College. She didn’t stop at achieving a Bachelors or at a great College career, instead, she headed back to Sweden to the KTH Royal Institute of Technology where she earned her Masters in medical engineering.

Widmark clearly found her calling in the medical field, having subsequently returned to the US, initially through pursuing a PhD at USC, where she was involved in a lab that focuses on helping children with movement disorders such as dystonia and cerebral palsy.

Widmark’s involvement in the Medical field also includes the Range of Motion project, a non-profit that creates and increases accessibility for people who have mobility issues and are unable to afford prosthetics themselves. “It really means a lot to be able to help people,” said Widmark about why she continues to work in the Medical field, while pursuing a very competitive tennis schedule.

When asked if either part of her life helps the other, Widmark remarked that she believes her athletics helps her close off and focus, allowing her to relax in the midst of a demanding academic schedule. She also expressed gratitude about her academic side, explaining that the more she learns about the human body, the more amazed she is that it works. She especially enjoys being able to get on the tennis court and use her skills when she knows that so many people are unfortunately unable to do so.

When asked about her future plans, Widmark first and foremost made clear that she has no plans to stop playing tennis anytime soon. “I’ve loved joining the USTA and playing leagues, playing on teams again, and even playing in individual tournaments.” A real statement of intent from the Babolat Ambassador, who will be competing at the NTRP Nationals in April as the 5.0 Singles & Doubles Champion.

While she continues to compete, she is also looking to finish her PhD in the next year and enter the Medical Technology industry, with an observable passion to create an impact in the community.

Having racked up a cavalcade of academic honors all while playing tennis at a high level, it’s clear that Widmark has the drive to achieve her goals without sacrificing any of her passions. Even more admirable is her message to anyone else with high academic ambitions as well as a passion for tennis. Preaching through example, Widmark has pushed herself through oceans and borders to pursue everything that she wants to, demonstrating her edict –