This is… Quinn Borchard 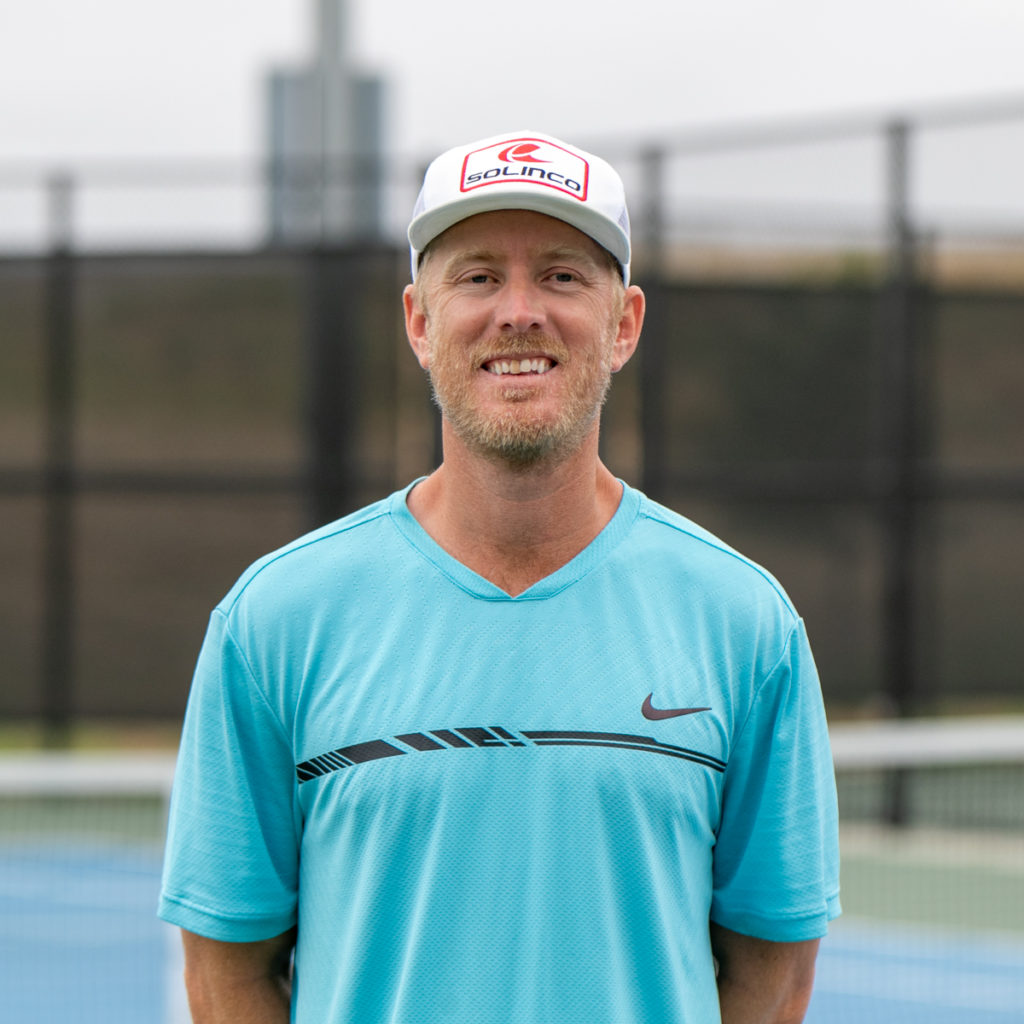 At the JTT Sectional Championships in Orange County in May, Quinn Borchard coached three teams to the finals of their division and won the championship with his 12U teams. The longtime head pro at Sunset Hills Country Club has forged a meaningful position in junior tennis in Southern California, and despite his own success as a player, has an innate drive to help grow the game of tennis amongst children and junior players in the region.

Borchard found his own way to tennis as a kid. He grew up in a baseball family with four older brothers who played and explored tennis through his own volition. “I was born with a batting cage in my backyard,” explained Quinn. “I was watching Wimbledon when I was eleven or so. And my mom asked if I wanted to do tennis lessons. I ended up taking my first lesson over at Cabrillo Racquet Club where the Bryan brothers were. I really liked it and it took off from there.”

Eventually, Quinn was recruited as a successful junior player and played on scholarship at the University of Portland. After graduation, Quinn shifted his focus to teaching, saying “I’ve always liked teaching, I was teaching even when I was in college, and I was liked it.” At just 26 years of age, Quinn was offered the head pro position at Sunset Hills Country Club, which he still occupies thirteen years later as his base of operations as an influential tennis coach, highlighted by the success of his teams at JTT.

Quinn talked with pride about his teams at JTT and explained the history and longevity that helped nurture their success. “I’ve been teaching most of those kids, for many years now, a few of them since they were in diapers,” laughed Quinn. “So, it’s really cool to watch them succeed and play well and do what they can and with their tennis.”

His connection to junior tennis goes even further as his son James, has been playing since age two and was a part of Quinn’s championship winning 12U team at sectionals. “It’s been quite a journey. I do have a son who is now nine. I started him when he was two or three, and It’s been a lot of fun to do that! To have been there since they hit their first ball, is an awesome, humbling, and satisfying experience,” said Quinn, himself a part of the US National Team in 2019 for the 35s and a multiple gold ball awardee.

Quinn’s experience at JTT is a great example of the thriving junior tennis scene in Southern California, and it highlights the satisfaction that coaches and parents can get from seeing their children grow and excel in the sport. Quinn summarized this process, saying “It’s a lot of fun. Being able to just barely make the ball over the net, to being able to rally, to becoming tournament players and then JTT champions!”

It would be easy to think that Quinn’s primary motivation stems from his role as a father, but his passion to grow tennis, goes much further than that. “It definitely helps to have James in it… but not really,” he said. “The ultimate goal is for the kids to go out there, play and enjoy themselves and have fun and really enjoy the sport of tennis. If they can enjoy the way I do, then awesome! And if they can play as adults after their junior career is done, then I feel I’ve done a great job.”

Aside from coaching JTT teams, Quinn is also a coach for a CTC team, and enjoys the chance to coach at different types of events in Southern California through USTA. “That’s a fun program, and it’s my first year helping out,” said Quinn of Competition Training Centers (CTC). “I think, events like Junior Team tennis and the CTC, any of the team events are going to be great for the kids. Tennis can become such an individual sport, and any sort of team event is what helps with camaraderie.”

The workload of being a junior tennis coach and playing so many events is no small feat, but Quinn relishes the challenge. Despite a very busy schedule, Quinn shows no signs of slowing down and has a clear vision for his legacy in tennis. “It would be great if I can be one of the stewards of Southern Cal tennis,” he said. “I think it would be great if as I get older, people look to me like that. If people enjoy playing tennis, they will want to play more. And all the accolades and all the championships will follow.”