This is… Santa Monica’s Raina Kim 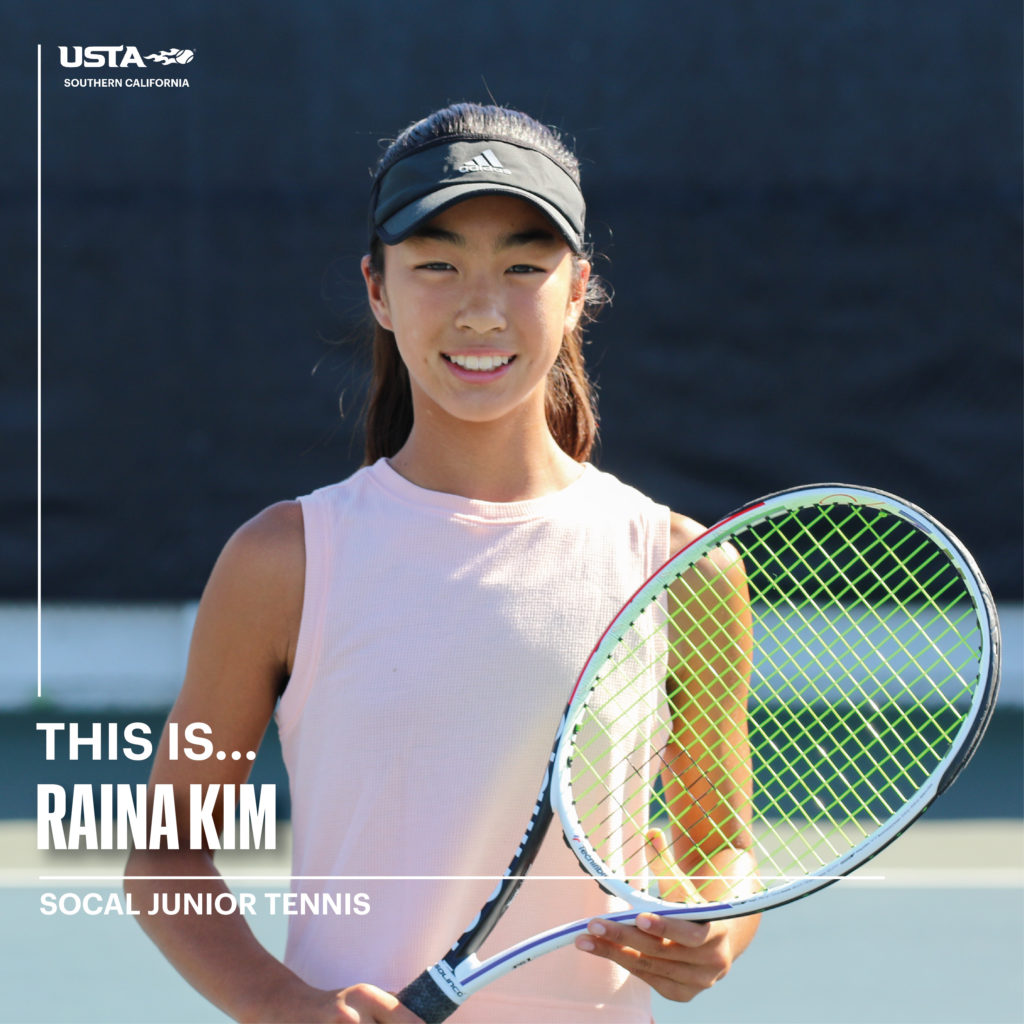 There are countless benefits to involvement in youth sports, ranging from making friends through social interaction to having the ability to travel the country, see new places, and meet new people through sports and competition. Thirteen-year-old Raina Kim has been making the most of her junior tennis journey so far, fueled by the opportunities she’s been given, and realizing that not everyone has those same opportunities.

The Santa Monica native started playing tennis at age five, living just a block away from a tennis court where she participated in weekly clinics, a humble beginning for the junior player who has high hopes for her tennis career. Currently, Raina trains at Jack Kramer Club and continues to improve as an athlete as well as a person through tennis.

“I really enjoy it,” explains Raina. “I don’t really remember, but there was a time when I just started hitting the ball really hard, so we felt like I could be competitive.” Raina’s acceleration towards playing tennis more seriously was not planned out, but a natural progression because of her enjoyment. Raina recalls pursuing tournament play at around age nine, dabbling in singles in doubles and finding herself enjoying both.

Like many young players, Raina looked up to Serena Williams growing up. “She was just really intense,” Raina said, “And outwardly passionate. I felt like that was something I could learn from her.” Raina’s perspective of tennis highlights her keen mind, being cognizant of how tennis as a sport affects her mentality and character. “I think that I learn more about myself every weekend,” explained Raina. “I’ve learned that I need to stand up for myself more.”

Raina has used her experience on the court to form her own personality and highlights this growth as a significant reason that tennis has resonated with her. “I made a lot of friends through tennis,” she said. “Some of my closest friends! We all do the same thing on the weekends.”

Aside from the camaraderie, Raina also appreciates the variety of events that she has played at. She cites The Ojai as one of her favorite memories, admiring the history of the tournament. Raina’s tennis has also taken her across the country, with a trip to Boston being one of her favorites. “That was really cool,” she remembers, adding that her lasting impression was that east coast players hit with great consistency. “I think if I didn’t play tennis, I wouldn’t have had the opportunity to travel outside of California.”

In the near future, Raina has her sights set on the Orange Bowl because it would be an international tournament and she hopes to get experience playing against people from across the world. Raina also has hopes of playing tennis at college, although with a long way to go, she has not yet narrowed down where she might play.

Raina does admit that she doesn’t know how long she could play competitively, but she is content knowing that tennis is a lifelong sport that she could play for a while. “I think it’s a really challenging sport,” said Raina. “But you can also make a lot of friends! I think that’s something I could do for the rest of my life.”