This is... Sophie Suh: Lofty goals with the racquet to back them up - USTA Southern California
Junior News

This is… Sophie Suh: Lofty goals with the racquet to back them up 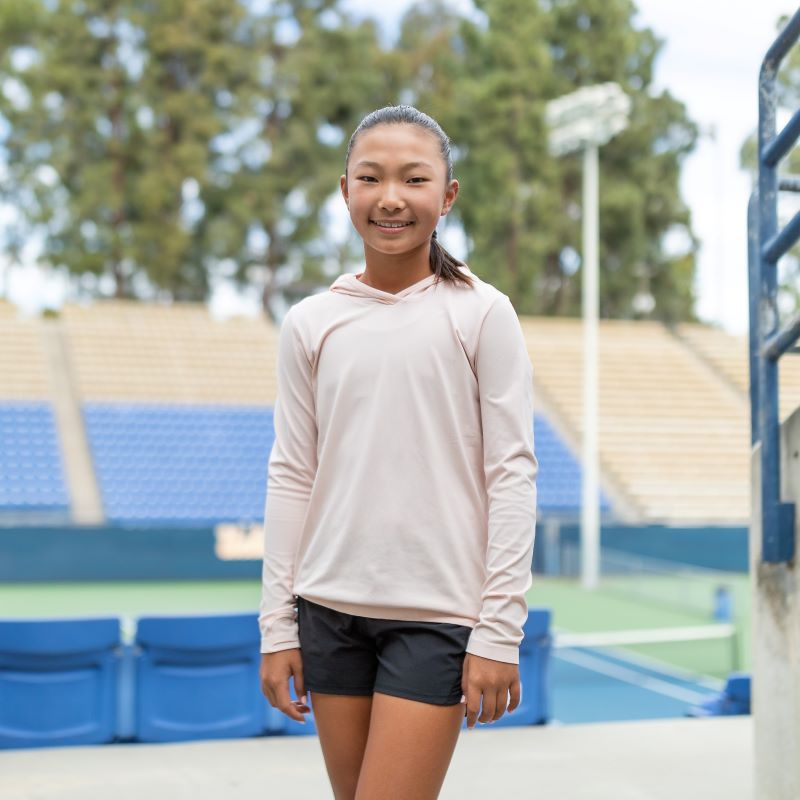 Last March, Orange’s Sophie Suh won a Level 5 iTennis event in Arcadia. Just as she was playing her best tennis, Suh’s season – and everyone else’s, for that matter – came to a screeching halt.

She must have been waiting rather impatiently to play tennis again. By the time Suh returned to court in August, she immediately roared back to the finals of the L4 Head/Penn at RCI, and by September was a finalist at the L3 Esme Pearson and the champion at L3 Harper Ink.

“I don’t want to admit this,” Suh relents, “but I am fortunate to have my brother Nathaniel who also plays tennis. We had to play together a lot and use each other (for practice) during the shutdown. We used to find walls to hit on together. My brother always wanted to play a game to make it more competitive even hitting on a wall. It really helps hitting with Nathaniel and watching him play. He’s a really great player.”

Suh looks back on lessons she’s learned in junior events, relying on experience even at a young age.

“My most memorable experiences have been playing in Singles and Doubles Sectionals,” she says. “When I was nine years old in 2019, I got to the finals of the Girls 10s. I will never forget the experience. With the cameras and people watching, I got so nervous and played scared.  I lost the match, but it taught me so many lessons. I hope to be able to make it back to Sectionals finals one day.”

In fact, Suh returned to win Doubles Sectionals the same year, and carried that success to year’s end as one of the Bryan Bros. Doubles Race champions, a calendar year compilation of points to determine the most successful doubles teams of the year.

Yet Suh is not all about tennis. When she packs up her racquet, Suh is busy with other hobbies and activities that keep her active. She likes art and drawing, and the stay-at-home movie nights she’s enjoyed with her family. Her friend recently taught her how to crochet. “It’s very calming,” she says.

Still, Suh likes a competitive challenge. Since she was five, Suh has trained in traditional Korean dance and performs across Southern California with her dance academy. She also learned the gayageum, a Korean stringed instrument, and won third place in a recent competition.

But ultimately, Suh is a tennis player with expectedly lofty goals. She hopes to remain among SoCal’s top junior players and one day represent as part of Team USA. “My hope one day is to play for Stanford and win the US Open,” says Suh.

“I chose tennis because I like that it is an individual sport,” she says. “I don’t need to rely on someone else to win, but I can’t blame someone else if I lose.  I love tennis and the feeling I get when I win a match. It is a good feeling knowing that all my time and hard work is paying off.  I love the fast pace of the game and I get a huge thrill when I hear the pop of the ball off my racquet when I make a good shot.”