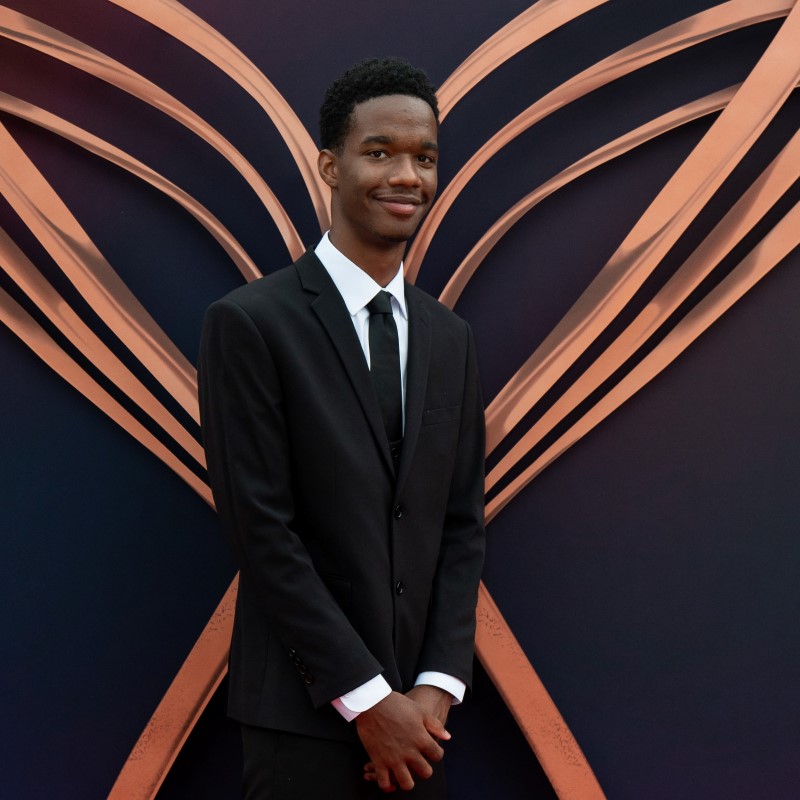 Just like the pioneering Billie Jean King has done for the past 60 years, Tory Bailey serves as a role model and inspiration to others in his community.

Both learned the game of tennis on the hardcourts of Southern California. King hailed from Long Beach, just 15 miles north of Gardena in the South Bay where Bailey was first introduced to tennis when his grandmother Beverly Dawson and her sister began assisting Marty Woods, the longtime director of the Pete Brown Junior Tennis Program.

“I started when I was like 3-years-old,” said Bailey, currently 17 and a freshman on a tennis scholarship at Howard University in Washington D.C. “Marty was looking for some players he could develop from the start at a young age.”

Bailey had the chance to meet King a few years ago at the USTA National Tennis Center that bears her name and said the two spoke about hard work and achieving your goals. But it is Dawson – who Bailey affectionately calls “Nanna” – that he gives the biggest assist to in helping him become the 2021 recipient of the USTA Dwight Mosely Scholarship Award, a college scholarship worth $10,000 that was extended to a total of $15,000 for his participation in the USTA Foundation’s Excellence Team program.

“My Nanna really helped me out with it,” said Bailey, who submitted an essay on what community means to him in helping him earn the scholarship. “She thought it would be a good opportunity to try and find a way to make some money and pay for school.”

This scholarship won by Bailey was named in memory of Dwight A. Mosley, the first African American elected to the USTA Board of Directors. The Dwight Mosley Scholarship is available to high school seniors of ethnically diverse heritage who have excelled academically and participated extensively in an organized community tennis program. Applicants must demonstrate sportsmanship on and off the court.

Bailey demonstrates his community goodwill by giving back to Woods and the Pete Brown Junior Tennis Program whenever he can. “I try and help out with the little kids and hit with the adults,” Bailey said. “It is always fun, and I like giving back to the program that helped me.”

His efforts have not gone unnoticed by King or the sports community at large. In June, Bailey was among the three SoCal recipients of the Billie Jean King Youth Leadership Award as part of ESPN’s Sports Humanitarian Awards. He was celebrated for creating a community plan that proposed a change to California Interscholastic Federation’s current entry policies that limited access to tennis for students of Southern Los Angeles Unified School District, charter and private schools and homeschooling programs.

On the court, Woods calls Bailey one of the most gifted young players he’s ever been around. “He can do things on the court that most can’t,” Woods said. “His ceiling is so high. With the right coaching he will do amazing things.”

Woods added: “He has gifted hands and eyesight. He sees the ball way earlier than any player.”

It wasn’t always easy for Bailey, who said he struggled early on to learn the sport. “It was a process to get good,” he said. “It’s not something you could just come along and do a few times and be good at it. If you keep going and trying it’s something that over time you will get better at. So that’s what I kept doing.”

It’s that kind of hard work and dedication that led Bailey to an impressive grade-point average while being home-schooled the final two years of high school.

Bailey will major in Computer Engineering and has a full class load starting this week and will take Chemistry, Chemistry labs, Calculus and English.

There will be lots of tennis at Howard University and Bailey said he’s looking forward to playing for Howard Coach Nick Askew. Bailey didn’t play much over the summer as he was recovery from a foot injury.

“I want to do pro tennis after college,” said Bailey, who calls Nick Kyrgios his favorite player because he loves his energy. “Hopefully if tennis doesn’t work out then I’ll find a job in programming. It’s always good to have that education to fall back on.”

Bailey thinks back on the tour he took at the USTA Billie Jean King National Tennis Center and the day he met King when offering a final piece of advice to young players. “Just keep working hard if you want to have a successful career in tennis,” he said.