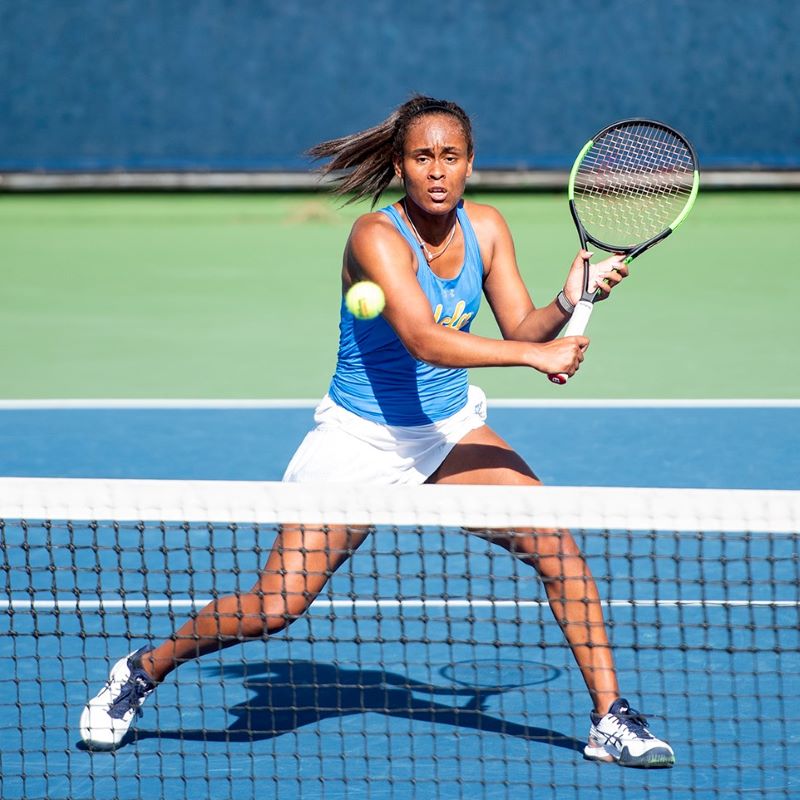 The ITA Kickoff Weekend has been a long time coming for some of Southern California’s top college programs. Despite chilly and breezy conditions, three local favorites who expect to vie for a national title have opened their 2021 campaign with purpose.

On the men’s side, the nation’s top-ranked USC Trojans defended home court this weekend with a clean sweep of UNLV on Sunday (4-0) and a bragging rights triumph over rival UCLA Monday to earn the regional win and a spot at the Men’s ITA Indoor Nationals, which begin February 12 in Illinois.

Meanwhile in Westwood, the UCLA Women are off to a strong start with wins over California (4-0) and Texas A&M (4-0), advancing to February’s championships. Pepperdine’s women’s squad advances after beating Wisconsin and USC at Malibu, propelling the Waves to an automatic berth at the Women’s ITA Indoors at Oklahoma beginning February 5.

TROJANS & BRUINS AT IT AGAIN

On Monday, Dostanic & Jackson had a chance to earn the Trojans’ doubles point, but UCLA’s Ben Goldberg & Mathew Tsolakyan locked up a 7-5 tally for the early advantage. Still the Trojans were too much once they opened a quick lead in singles, led by straight set wins from Dostanic, Bradley Frye, and Lodewijk Weststrate.

USC needed one more point to complete the victory, and Daniel Cukierman lived up to his status as the nation’s top singles player. The senior rebounded from a stumble in the first set to firmly dispatch Keegan Smith, 4-6, 6-2, 6-1 to advance the Trojans (4-1).

In Monday’s final, Forbes again led the charge to help UCLA sweep Texas A&M. With a 6-0, 6-2 win, Forbes posted the first Bruin singles win followed by Annette Goulak (Oak Park) and Elysia Bolton. It was the Aggies first defeat of the season.

Pepperdine notched their first win on the calendar over Wisconsin, then faced off with USC late Monday at Ralphs-Straus Tennis Center. The Waves will also move on to the ITA Indoor Nationals next month.

On Monday, the teams dodged raindrops and waited out a lengthy delay before Pepperdine and #17 USC battled for the tournament berth. Playing spirited tennis. the teams traded sets throughout much of the singles action. Pepperdine sent Failla to center court, dropping the nation’s #1 Ashley Lahey to second singles. Failla met USC’s Eryn Cayetano (Long Beach) in a match that the Pepperdine veteran controlled early. But Cayetano fought back, securing the second to force a third, thrilling finale. Failla proved equal to the task, gaining the final momentum shift and the win, 6-2, 3-6, 7-5.

Lahey needed three sets to upend talented frosh Naomi Cheong, while Shiori Fukuda and Pachkaleva also posted wins for the Waves, who punched their ticket to Oklahoma next week.