At the US Open, #TeamSoCal captures immediate headlines as the year's Slam finale kicks off in New York - USTA Southern California
Tennis News

At the US Open, #TeamSoCal captures immediate headlines as the year’s Slam finale kicks off in New York 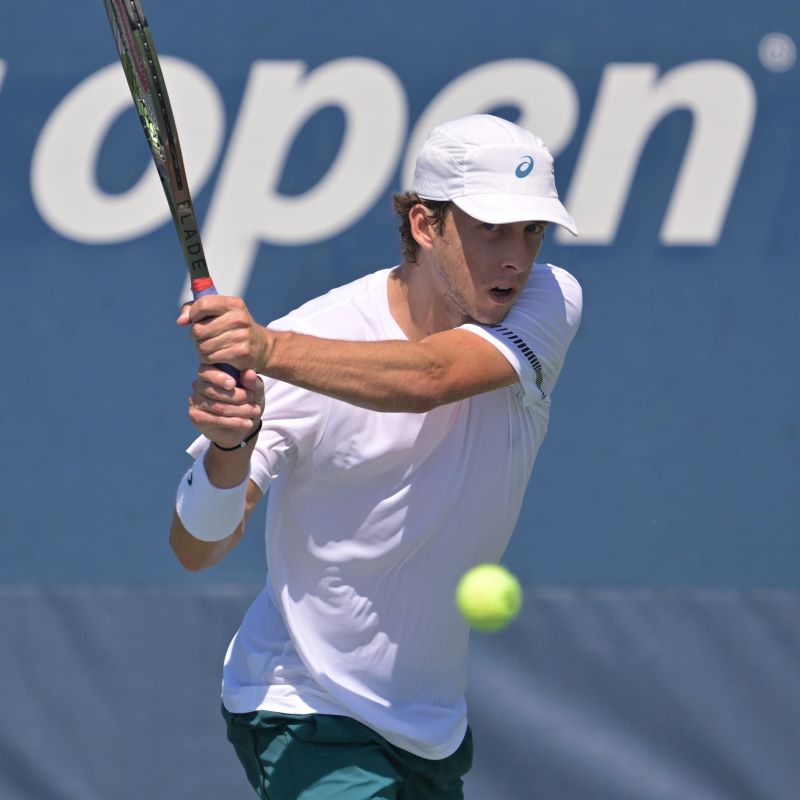 While Serena may have captured the global spotlight on Monday night with a rousing victory to kickoff the US Open, the eyes of #TeamSoCal focused directly on the rather sudden emergence of USC alum Brandon Holt, the 24-year-old son of tennis legend Tracy Austin. Holt cemented the first stone in his budding career on Monday with a stunning victory over top American Taylor Fritz, catapulting the Trojan qualifier into the second round in New York.

Holt was fluid throughout, nearly winning the first set before Fritz settled in to restore order. That comfort zone quickly dissipated as Holt refused to relent, dominating a second tiebreaker before rolling in the final two sets and securing his spot in the second round (opposite Argentina’s Pedro Cachin).

Holt’s win followed another big triumph for #TeamSoCal when Emilio Nava went the distance to defeat Aussie John Millman in a marathon five-setter. Nava launched 63 winners to Millman’s 29 in the win, setting up a second round contest with fan favorite Andy Murray, who cruised in his opening match on Monday.

The two matches are a precursor to what is to come early this week at Flushing Meadows, as #TeamSoCal sends a vast array of players to the year’s final Grand Slam.

Marcos Giron, now at #56 in the world, will have his hands full with fellow American Frances Tiafoe on Tuesday night. The two have met twice in their young careers, split between the two, but Giron hold the only win on hardcourt at the Paris Masters last year. Along with Giron, fellow UCLA Bruins Mackie McDonald looks to rise up the world rankings with a good showing in New York, and Govind Nanda is slated for doubles play. Max Cressy returned to the Open but fell early Monday in his opening singles round.

Brandon Nakashima heads back to the Big Apple, naturally using the US Open as a tune-up for his homecoming at the ATP San Diego Open in mid-September. He meets Russia’s Pavel Kotov, who is playing only his second career Slam after this year’s French Open. Nakashima, meanwhile, enjoyed his top career singles ranking in July (#49) and seeks to advance past the second round in New York for the first time in three attempts.

Steve Johnson remains in the mix, with Grigor Dimitrov on the docket to kick off his ’22 run. Johnson has won three of the eight matches between them, including two of the last three. Look for Johnson and Sam Querrey to rekindle their doubles magic together when the tandem draws kick off later this week.

Perhaps the most intriguing names in the men’s field may not be favorites on Louis Armstrong Stadium, but they will feel huge support from their extended SoCal family. Learner Tien, champion at Boys Nationals, will make his US Open debut against Serbia’s Miomir Kecmanovic, the #32 seed. For those keeping track, Tien is two wins away from a likely showdown with Rafael Nadal. And National doubles champions Alex Michelsen & Sebastian Gorzny will build upon their 2022 success when they step on the court in doubles.

On the women’s side, Serena Williams will capture the spotlight as long as she remains alive in the tournament, with her sister Venus Williams not far behind. The two paired up for doubles will create an electric atmosphere in a tandem draw filled with SoCal favorites as the tennis world says goodbye to the GOAT who began her tennis career right here in Southern California.

Desirae Krawczyk leads the #TeamSoCal pack in the women’s dubs draw (seeded #6 with Demi Schuurs) as a former champion and three-time women’s doubles Slam winner. She was a semifinalist at Wimbledon – as she was last year in New York – and also returns as the defending champion in Mixed doubles.

The collegiate alums will represent UCLA and USC, with Giuliana Olmos (seeded #5 with Gabriela Dabrowski), Kaitlyn Christian, Angela Kulikov, and Sabrina Santamaria waving Trojan flags while Ena Shibahara brings the roar of the Bruins to New York alongside doubles specialist Asia Muhammad as the #9 seeds.

Katrina Scott returns to the Big Apple in doubles with partner Elizabeth Mandlick, facing Santamaria and Anna Bogdan in the opening round, while Claire Liu & Madison Brengle team up to face the #10 seeds.