After 15 years, Vania King calls it a career - and a successful one at that - USTA
Tennis News

After 15 years, Vania King calls it a career – and a successful one at that 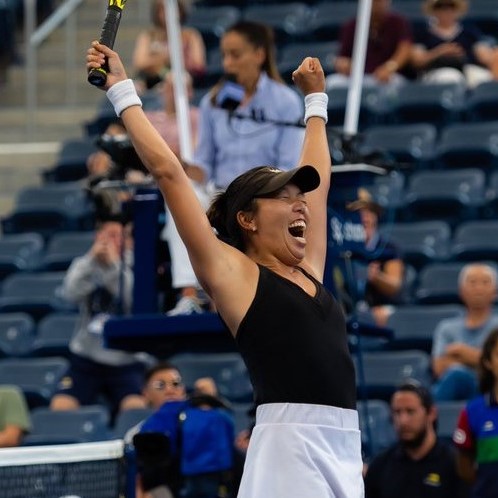 “I was born in Monterey Park and grew up in Long Beach and I played all the local tournaments in SoCal, including Sectionals,” King says. “I will always be a SoCal girl. Some of my fondest memories were getting to play tournaments with my sisters—I am two years apart from my twin sisters and we all played the same age groups for a long time as I played up.”

A graduate of Long Beach Poly High School, King is the fourth and youngest child of Taiwanese immigrants. Her brother Phillip paved the road in tennis as an All American at Duke and a captain for both Davis Cup and Fed Cup teams in Hong Kong. Vania would take the family name even further in the game, turning pro in 2006 and winning her first singles title, elevating to the WTA Top 50 that same year.

“Winning a WTA singles title in Bangkok when I was 17,” King recalls. “I still remember that, especially since I was playing a hometown favorite and I felt like I was in a soccer match, there was a man with cymbals leading a raucous crowd.”

Even after her fast start to a pro singles career, King found rather quickly that her niche in the game was on the doubles court. In 2009, she reached her first Grand Slam final in Paris. A year later, she was a champion at Wimbledon and the US Open with teammate Yaroslava Shvedova.

“I never considered myself as a doubles specialist,” King says. “I learned as a junior from my coaches that tennis is all events: singles, doubles and mixed (if that was available). I believe singles helps doubles and doubles helps singles and I prioritized them both until I became a pro, where logistically there were times where I had to prioritize one over the other.”

In 2017, King opted to repair an ankle injury with surgery, and the forecast called for three months of healing. That turned into a year, and further manifested as surgical arthritis.

“The surgery led me to realize that I was unable to physically compete at the level I wanted to,” she laments, “which started me down the path to retirement. But during this time, I also realized that there is a lot more I would like to do in my life and I wasn’t willing to sacrifice everything for tennis anymore.”

King may be out of the competitive spotlight, but she’s got more to offer the game. Last year, she started a non-profit called Serving Up Hope, establishing tennis programming in one of 11 “slum” cities in poverty-stricken Kampala in the third-world African country of Uganda. King’s vision for Serving Up Hope is to change the lives of children around the world through tennis. Additionally, she will continue to work philanthropically with WTA Charities, as well as in “player engagement”, which she said helped her so much with mental health during her career. She was also nominated to serve on the USTA National Board representing her home USTA Section in Southern California.

“Philanthropy has become something that is just as fulfilling as tennis was to me,” she says. “After being able to see some of the reality that others face, it has made me determined to try to give others opportunities that might help better their lives.”