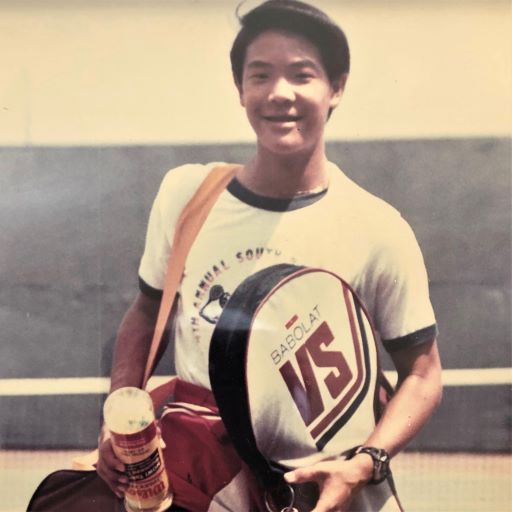 The venerable JP Yamasaki Junior Tournament turns 35 years old this month with more than 750 junior players from all over Southern California entered in the popular L4 tournament run by Mike Nelson, Director of Tennis at the host site Anaheim Tennis Center.

“For 35 years the JP Yamasaki Tournament has been synonymous with junior tennis in Orange County,” said Nelson, who has directed the evet for each of the 35 years. “It’s the one tournament people know and want to play. We have parents of kids entered in our tournament who played it, so that makes it a little extra special.”

JP Yamasaki was 15 years old when on April 3 of 1986 he died tragically in a skiing accident on Mammoth Mountain. JP was the only child of parents John and Kay, who wanted to hold a junior tournament in JP’s memory later that year.

“So we met with Jim Hillman, who was the junior director of (USTA Southern California) at the time and asked if he could put something together,” said Nelson, who was working at the Santiago Canyon Tennis & Swim Club where the Yamaskis were members in 1986 when he received the news of the horrible accident. “Back then they used to put out the Blue Book that listed all the tournaments for the year. We weren’t able to get in there, but we asked if we could just do a 16s event, since that was JP’s division. Jim said he couldn’t do that but he did decide to do an entire sanctioned tournament in December, and that’s how it started.”

Nelson said that tournament was flooded with entries that first year and despite just a few months of notice, more than 500 players entered. “He was just a great kid,” said Nelson. “There were more than 2,000 people at his funeral. It was because of his sportsmanship. Everyone liked him. There would be times when he would get a bad call, and he would just smile and go back and try to win the next point.”

The tournament has been a highlight of the fall USTA SoCal junior calendar for local players all these years later. “Back in the day we had 150 volunteers and it was one of the largest junior tournaments in the world,” said Nelson, who said it was one of the few junior tournaments that both Venus and Serena Williams played. “One year I think Junior Sectionals had 2,000 players and we had something like 1,800. Back when anyone could enter we had some 256-player draws.”

Over the years local tennis icons like Jake Kramer, Vic Braden, Lindsay Davenport and Michael Chang have come and presented trophies to the winners on finals day. The tournament was one of the first to print out draws on huge draw boards for display.

“We had a program and sold sweatshirts,” Nelson said. “We made everyone stick around for the award’s ceremony and gave out player gifts.”

Holding to the tradition of the tournament, Nelson still presents the same wood-based metal cups to the winners.

For years, the JP Yamasaki Foundation was the beneficiary of the tournament, but the Foundation handed the tournament over to Nelson in 2006 and revenue from the event is used to pay for private lessons to 12 to 15 kids a year who might not otherwise be able to afford it.