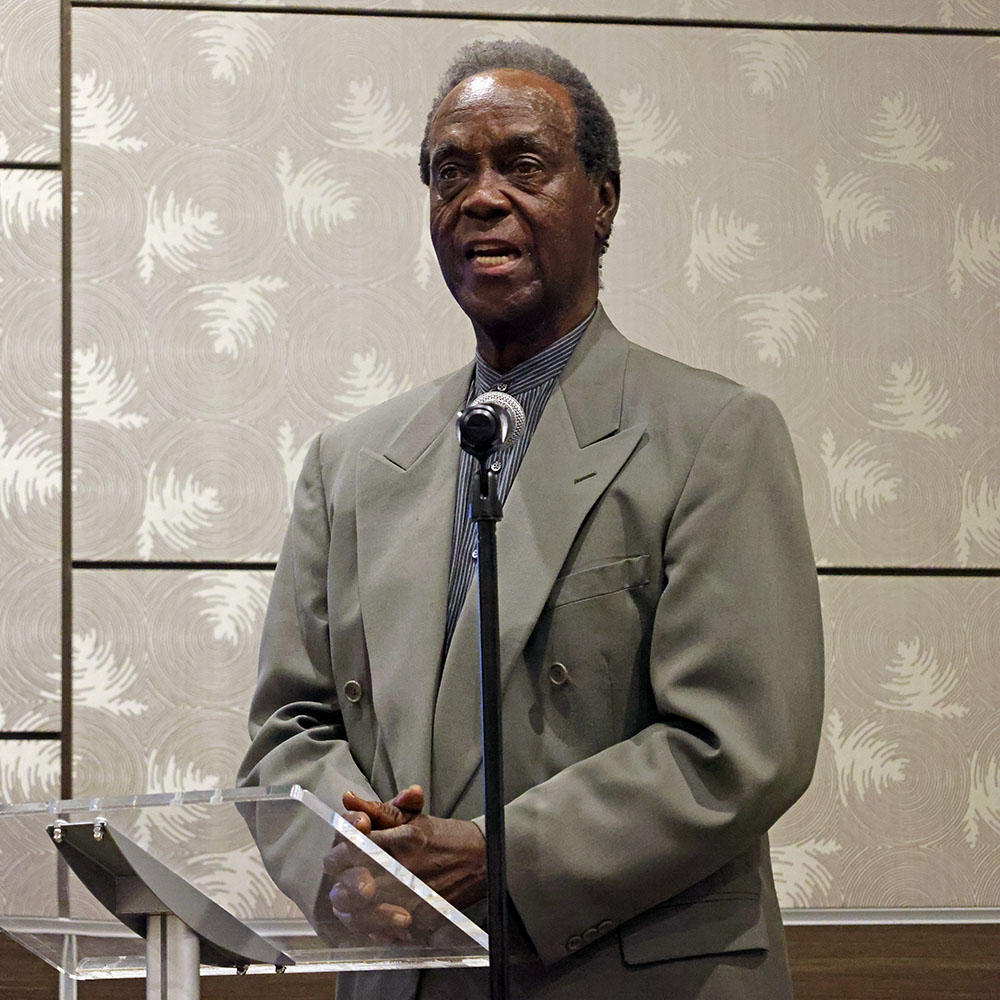 On September 15, USTA Southern California celebrated its annual Service Awards in Redondo Beach, bestowing numerous honors upon respected and deserving members of the Southern California tennis community. A wide array of diverse and impactful players, coaches, and organizations in the tennis community convened to celebrate a common love of tennis. President of the USTA SoCal Board of Directors, Bob Hochstadter, summarized the spirit of the awards by saying, “Tennis is something that brings us all together.”

The night was kicked off with an award honoring contribution towards adult tennis in Southern California and was given to the President of the San Diego District Tennis Association, John Broderick. The longtime San Diego tennis stalwart was described as someone who “eats, sleeps, and breathes tennis.” Broderick is a long-time tennis player, and community organizer in San Diego.

The Service Awards also coincided with the first day of Hispanic Heritage Month, a cause that is extremely important to the recipient of the Junior Tennis Award, Daniela Borruel. A high achieving student with an unending list of accomplishments in and out of tennis, Borruel is focused on being a role model to all youth, especially Hispanic youth. USTA SoCal’s Director of Community Tennis, Esther Hendershott, lauded Borruel’s commitment to giving back to the community, proclaiming that junior tennis “needs more players like her.”

Contributions to Junior Team Tennis were also honored, with Quinn Borchard being awarded the JTT Service Award for his continuous effort to introduce as many kids to JTT as possible. Borchard was a former JTT player himself when he was a junior and is aware that JTT can be extremely helpful and rewarding for junior players.

Another organization that is making an impact in the lives of children and junior players of diverse backgrounds is Serving Advantage, the recipient of the Adaptive Tennis Award. Serving Advantage is a nonprofit program started by Jacob Eusebio and friends, dedicated to improving the lives of children with developmental disabilities. The organization has a team of well-trained team members and volunteers that provide quality coaching to students with autism, as well as support to their families to help them feel connected to their children and to their community.

Family has always been an integral part of Southern California tennis, and as such, the Adamson family was honored as the Family of the Year. All four members of the Adamson family have been important members of the fabric of SoCal tennis, especially in the revitalization of Barnes Tennis Center. USTA Adult Competition Manager, Anthony Shirley, explained that in creating a great community, “it takes a village, or sometimes you are lucky, and you have an Adamson family.”

With so many great and hard-working tennis organizations present in Southern California, it was extremely difficult to pick a winner for the Organization of the Year Award. However, that honor went to the 40 Love Foundation, founded and operated by Doris Obih. The 40 Love foundation was started by Doris as she hoped to create a safe space in Inglewood for kids to play tennis and enjoy the benefits of sport. 40 Love not only provides tennis coaching, and clinics but also other programming to help kids develop life skills and improve as people. USTA Manager of DEI, Andy Schwich, exalted 40 Love as “agents of change,” and highlighted Doris’s passion for “extending tennis access to kids of all backgrounds.”

The awards ceremony honored contributions to tennis at all levels, including at the college level. The Long Ellis Intercollegiate Award was presented to the UC Santa Barbara Men’s Tennis Team and was accepted on behalf of the team by Kai Brady and Diego Castillo. The UCSB team was lauded as having set themselves apart with class and an electric spirit. Anthony Shirley of USTA declared the team as having “shown that representing yourself stretches beyond how well you hit the ball.”

Also recognized at the awards were members at the 2022 Transplant Games that were held in July in San Diego. Two athletes – Ruben Minjares and Kelly Seidenkranz – were celebrated at the event. Seidenkranz, a heart and kidney transplant survivor, was at one point in her recovery unable to even stand up from a chair, but in July, was able to play tennis at the Transplant Games.

Many areas in Southern California were recognized through the night, however, San Diego and Barnes Tennis Center were recognized multiple times for the strong community that has been built there. The recipient of the Eugene Jung Multicultural Award was Ryan Redondo, General Manager of BTC and CEO of Youth Tennis San Diego. Andy Schwich summarized Redondo’s impact by aptly stating that “the Redondo name is synonymous with tennis throughout SoCal.” Redondo himself was cognizant of the importance of the award, having grown up playing in the public park system in Southern California, and knowing the importance of a strong community. Redondo was also gracious in his acceptance, and recognized the team effort in his work saying, “there’s so many great people in this section that do so many great things.”

The penultimate honor bestowed was the Curt Condon Spirit Award. The award is named in honor of Curt Condon, a native of Glendale who played tennis at Long Beach State University, where he was named most inspirational athlete for 1974-75. He was a tennis teaching pro for 35 years and served as director of tennis at El Camino Country Club in Oceanside. The Curt Condon Spirit Award represents a great love of the game, and more importantly, the willingness to pass that passion on to others. This year’s recipient was Dee Henry, who served as a coach at Biola University for almost 50 years.

Executive Director of the SCTA Foundation Linda Milan touted Henry’s love of the game. “To say Dee loves tennis could not be more of an understatement,” Milan said. “Dee understands that tennis is not a sport, but a life changing experience.” Henry has served the tennis community in many ways, as a mentor, coach, volunteer, and pioneer.

The final award presented was the Henry Talbert Lifetime Achievement Award. Henry Talbert was the former executive director of USTA Southern California, and the first African American to be elevated to a leadership role within the USTA. The award recognizes individuals who have spent a lifetime elevating the sport in Southern California, and was bestowed upon brothers, and Los Angeles tennis stalwarts, Fred and Richard Williams. Both Williams brothers graduated from Cal State University, Los Angeles, and played tennis in the military. They have been helping coach and expand access to children of all backgrounds, especially in South Central LA.

Fred Williams accepted the award on behalf of himself and his brother, sharing the impact that tennis has had on them, and what the sport and award means to them. Of the stories that Fred shared, one that highlighted the longevity of the brothers was his recounting of time when Hollywood legend Charlton Heston donated a ball serving machine for the brothers to use.

Despite all of the brothers’ numerous contributions and successes in tennis, what made Fred most emotional when receiving the award was talking about all of the kids and former players that the brothers have had a chance to work with. Fred and Richard Williams are great examples of highly motivated and selfless people that have put massive effort into spreading joy through the sport of tennis. Along with all the winners at the 2022 USTA SoCal Service Awards, the Williams brothers have been helping make tennis in Southern California a better place, and with so many deserving awards given out, it is no surprise why SoCal is such a driving force behind the growth of tennis.