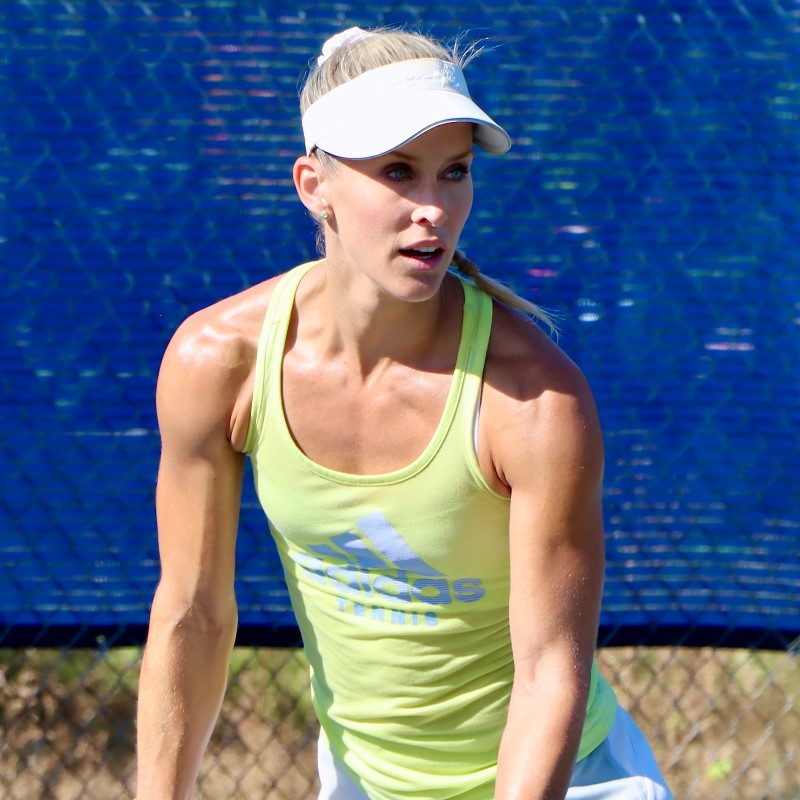 The return of FLEX format competition this summer was a welcome respite for local tennis players eager to get back on the court and regain some sense of everyday normalcy. Perhaps no one appreciated the opportunity more than our countless front-line and first responders who work tirelessly in the midst of a global pandemic.

One such player is Samantha Kadera, an ER physician in Southern California who has undoubtedly experienced one of the most chaotic and stressful periods of her career. But when FLEX competition returned, with its perks of scheduling weekly matches on your own time and progressing through a five-week extended draw, the sport offered an outlet to mentally unwind and sharpen one’s focus on the court instead of in the emergency room.

“Tennis is a huge part of how I decompress and stay balanced as a busy ER physician,” says Kadera. “When I am at work, I do not sleep, I rarely drink enough water, and I hopefully eat something on shift. On the flip side, when I leave the hospital, I am done with patient care, I do not carry a pager, and you will most likely find me on a tennis court. I need the distraction, the fresh air and sometimes just to hit some hard balls to clear my mind, and for that I am grateful for tennis.”

A tennis enthusiast since the age of 5, Kadera competed throughout her junior years and even fielded interest from various Division II teams when considering a college career. Ultimately, she decided to focus on academics as a UCLA Bruin undergrad. When she opted to try her luck as a walk-on with the women’s team, Kadera made it to the practice squad but eventually “burned out” and gave up tennis.

Some years later, with medical degrees earned and two youngsters keeping her on her toes, Kadera dusted off the old racquet and stepped back on the court. “I casually played into some ‘live ball’ classes to get my feet wet, then clinics, lessons and finally match play again,” she recalls. “I am a competitor for life; I will always seek out competition as a tournament, league, race or challenge.”

Perhaps there’s been no greater challenge for Kadera than the summer of 2020. When the pandemic struck in March, tennis became an afterthought as medical professionals grappled not with tricky kick serves and overhead lobs, but with the threat of life and death on a monumental scale. “I knew I had trained for this moment,” Kadera recalls of treating dozens of COVID patients daily while underneath head-to-toe protective gear, “but the reality of facing a pandemic head-on was a reality check.”

COVID-19 struck at all levels of daily life, and in the tennis world clubs and courts remained largely empty before players were able to trickle back to recreational play. Tennis, it turns out, is one of the safest sports to play during a time when social distancing is of utmost importance. In the absence of standard tournament and league play, the USTA SoCal FLEX model returned early in the fall and continues as we approach the new year.

“I have played both a FLEX league and FLEX tournament,” Kadera says. “Both have been amazing for my schedule. Not only am I a tennis player, but I am also a (physician) and a mom of two elementary school aged kiddos. I am often unable to commit to league play because of the regular weekday scheduling. The FLEX league turned this concern upside down because we can schedule matches on our own time.”

As we enter the winter months, Kadera and her courageous colleagues will maintain the front line battle with COVID. Hopefully, she will also return to the tennis court and find solace in the what the game has to offer.

“Tennis is a lifelong sport and I am so grateful for the foundation and skills I picked up as a junior, that are still there (somewhere) today,” she says. “Tennis gets me active, outside, and puts a smile on my face – which will keep me coming back forever!”