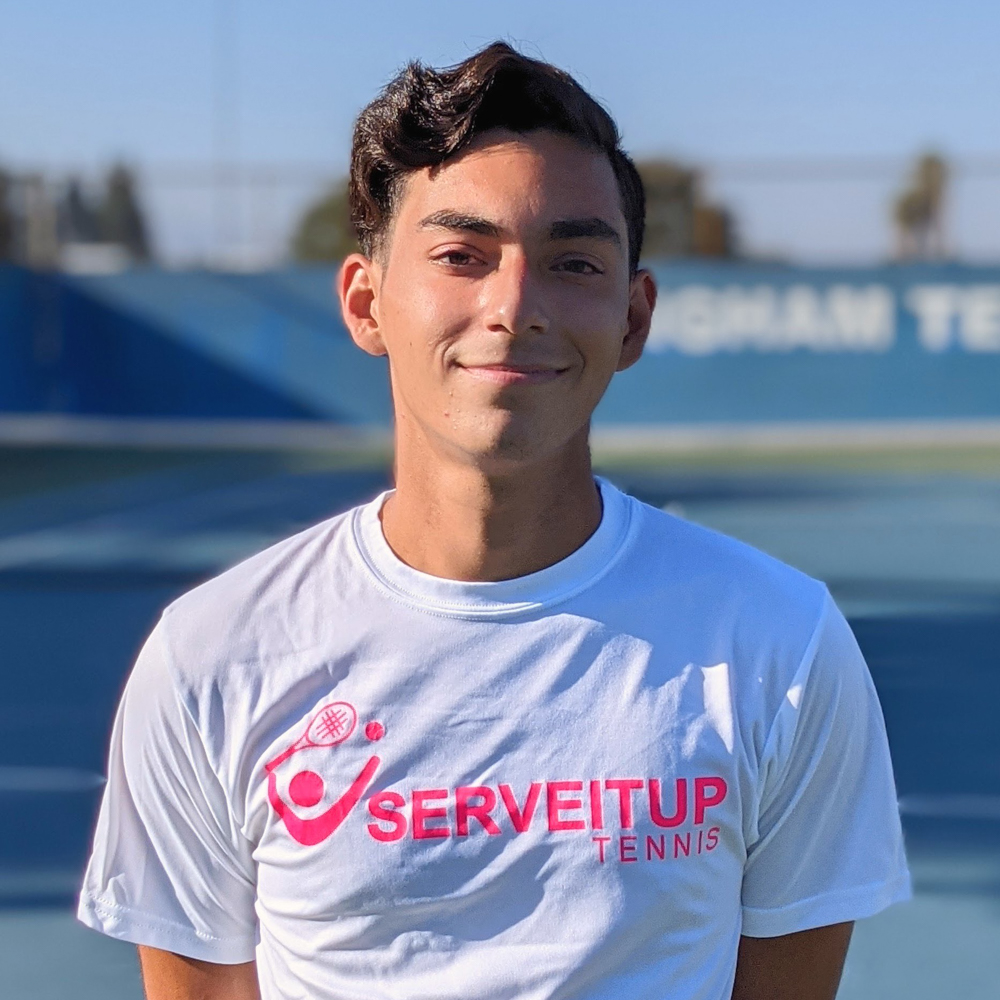 While attending Birmingham High School in Van Nuys, 22-year-old Adam Salgado saw tennis as nothing more than a recreation opportunity with his friends. But he quickly fell in love with the sport, motivating him to try and take it as far as he could.

As Salgado took his first swings at the racquet, like many young players, it was the camaraderie and being able to enjoy the game with his friends that drew him in. However, as he picked up the sport and improved, he realized that tennis was more to him than just a means of enjoyment. “As I was getting better and better,” explained Salgado. “I wanted to be able to play to a higher level and compete with the varsity players at the time.”

Salgado played for three years on his high school team, and trained with Jack Tulatammagul of Serve It Up Tennis, who would go on to become very important in Salgado’s tennis journey. Salgado currently attends Los Angeles Valley College, and since the school does not have a tennis team, Salgado had to take it upon himself to maintain his tennis skills and experience after graduating high school. “After high school, I was looking for something to do,” said Salgado. “I thought tennis was a good path. So, I talked to Jack, and he offered me a position where I could learn and try to become a tennis coach.”

Salgado dove headfirst into becoming a tennis coach through Serve It Up Tennis, an NJTL based in the San Fernando Valley that caters to children of all ages and skill levels. This new adventure for Salgado came with some challenges that he had not originally expected. “I didn’t know how difficult it would be,” exclaimed Salgado. “I found that it was pretty difficult trying to articulate what I wanted to say to certain students. The learning curve was there, but Jack, and all the other coworkers I had there, they really helped me along.”

It is no surprise that Salgado concentrates on helping juniors as he himself highlights his time as a high school player as a great moment in his life. “In my senior year of high school tennis, we played in the quarterfinals for our high school division,” reminisced Salgado. “Playing doubles, my partner and I came back in a round robin situation from down 2-5, all the way back to 7-5 and that was one of the most thrilling moments for us. We got in our own heads, and we finally pushed our way out of it!”

Salgado remains focused on helping juniors in his community reach their full potential. “I would say I want to help children develop,” said Salgado. “I hope from a younger age they develop a love for the sport, because I do love the sport.”

Today, Salgado majors in biology at college and has hopes of entering the field of medicine, focused on physical therapy. “I’ve dealt with multiple injuries,” recalled Salgado. “I’ve worked with athletes who have injured themselves and I was thinking of a way to help that.”

The path that Salgado is on demands some great time management skills as he usually studies in the mornings, before coaching at Serve It Up or for his old high school team for the rest of the day. Salgado started working as an assistant for his high school team as a starter job into tennis coaching, and now it has been a major part of his tennis career. “Trying to help out former teammates of mine who were not graduated yet,” explained Salgado. “That was a reason why I really wanted to go back and try to improve that team.” Salgado is also considering working as a high school coach professionally, saying “A lot of players are brand new, so I get that to train them from the bottom up, and it’s a great experience trying to help them.”