Crunch time: Junior Sectional titles on the line this weekend in Fountain Valley 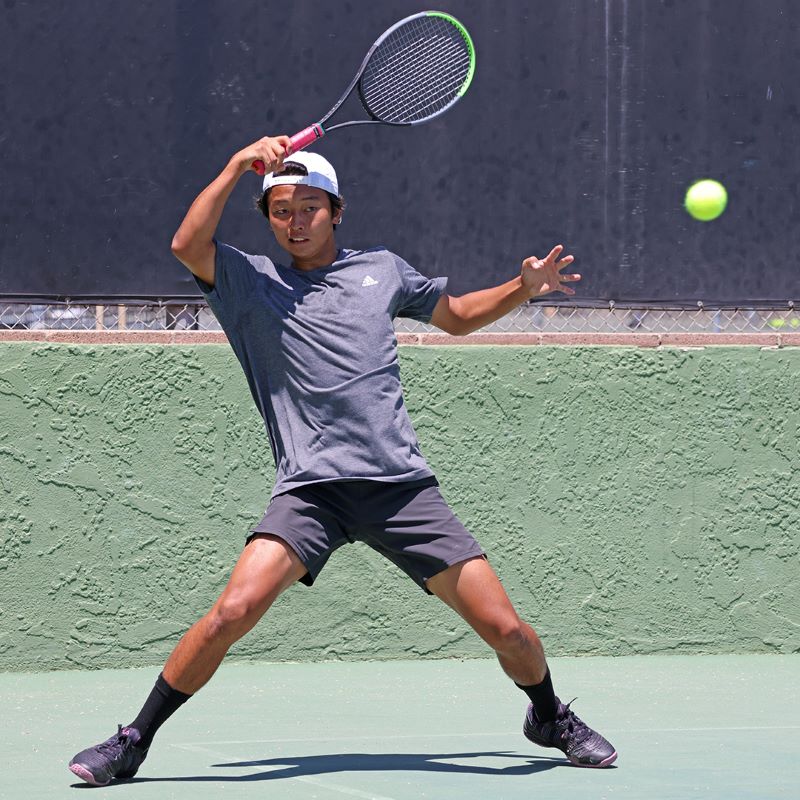 It’s Championship Weekend at the 120th Junior Sectional Championships, continuing this weekend at Los Cab Sports Village in Fountain Valley. Nearly all of the top seeds remain on target to claim the Sectional titles, with quarterfinal action resuming on Friday in Orange County.

The big shake-up was in Girls 18s last weekend, when top seed Katherine Hui withdrew due to injury, leaving Kaila Barksdale (San Diego) as the front runner. Barksdale herself advanced to the quarters on a walkover, setting up a meeting with #5 Olivia Center in what may be the most hotly contested draw of the tournament. Krishna Mahendran, Daniela Borruel, Alyssa Ahn, and Claire Zhang are among those still in the hunt.

Hudson Rivera (Rancho Santa Fe) continues to set the pace in Boys 18s, where he will face #5 Carson Lee on Friday. The #2 seed Masato Perera – who will receive the Evelyn Houseman Lifetime Junior Sportsmanship award on Friday along with Anne Christine Lutkemeyer – has escaped two third set tiebreakers to remain in contention. Credit to #17 Cayden Wang, who reached the QFs with an upset over the #4 seed.

Mason Bui (Yorba Linda) continues to lead the pack in Boys 16s, meeting #17 Jake Chen on Friday. Also in Boys 16s, credit #17 Gregory Gamal for advancing in an upset over the #2 seed. Gamal and #9 Andrew Li meet in their Friday quarterfinal. On the Girls side, Kenzie Nguyen (Irvine) has posted a 6-0 set in each of her previous matches leading to Friday’s meeting with #9 Carley Chen.

Julieta Pareja (Carlsbad) has dropped only four games in her first three matches at Sectionals, leading to a Girls 14s quarterfinal on Friday with #5 Brooke Kwon. Justin Riley Anson (Laguna Niguel) needed a third set to keep pace as the top dog in Boys 14s after cruising though his first two matches. He’ll be up against #9 Brayden Tallakson in Friday’s quarterfinal.

Top seed Daniel Gamal (Villa Park) remains on target in Boys 12s but will face stiff competition moving forward as the top five seeds remain in the hunt for the Sectional title. Next up for Gamal is #5 Andy Deng. In Girls 12s, Julia Seversen (Trabuco Canyon) battled through an opening round tiebreaker to advance, then fell right into form with a dominant win to advance to Friday’s quarterfinals, where the top seed will face #5 Ariana Morris.