Girls Nats: Texas’ Krueger has chance to double up as national champion in 18s 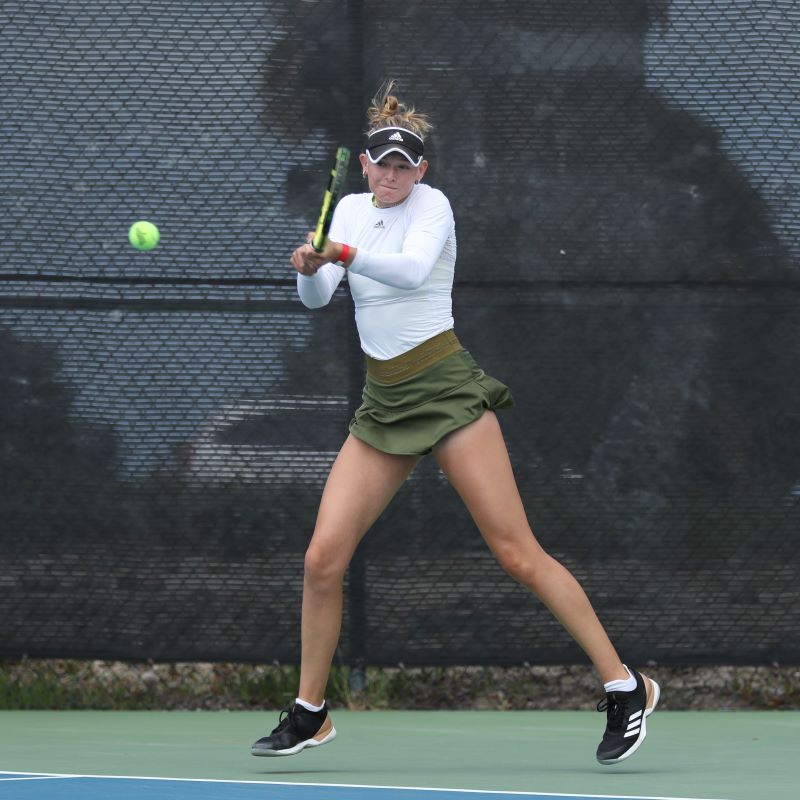 The semifinals of the USTA Billie Jean King Girls 16/18 National Championships in San Diego produce two finalists who will play for a wild card in the US Open main draw later in August, and if Saturday’s contests were any indication, the week’s big finale should produce some memorable tennis at Barnes Tennis Center.

In the first semi, top seed Robin Montgomery looked to remain on cruise control through the top half of the draw. Her opponent, the #7 seed Reece Brantmeier, has always played well in San Diego. The former 16s national champion, Brantmeier looked poised to produce an upset on stadium court.

In the opening set, Brantmeier opened an early advantage with two breaks thanks to some Montgomery hitting errors as both players negotiated a windy stadium court. Brantmeier, a finalist in San Diego at last spring’s International Open of Southern California, broke out to an early 3-0 lead in the first set with two consecutive breaks. The Wisconsin native never looked back even as Montgomery began to raise her level of play, and Brantmeier closed the first set confidently at 6-0.

It took until the ninth game of the second set for Montgomery to hold serve and break Brantmeier’s run. In short time, Montgomery leveled the second set and served to a 4-3 lead, exulting with a powerful “C’mon!” as she earned her first lead of the match. Notching a late break en route to the decisive set, Montgomery looked again comfortable in her element as Brantmeier struggled to recapture momentum.

But just as quickly, Brantmeier broke back for a 6-5 advantage and the ball on her racquet with a shot at the final. Undeterred, Montgomery returned the favor to knot the set a 6-apiece and force a tiebreaker, which the top seed won with confidence to force a third and decisive set.

While deciding set favored Montgomery with a break at the start, it was Brantmeier who ultimately set the tone by returning the favor and then some, eventually locking up the 6-0, 6-7, 6-3 victory to move into the final.

In the second semi, Ashlyn Krueger was a winner in three sets to advance over Elvina Kalieva. After a tightly contested first set, Kalieva held control in the second by earning two early breaks. But Krueger rebounded after that, soaring back to even the contest and then dominating the third set.

The Texas native, who previously surpassed seeded players in every match since the second round, roared in to the final with a 4-6, 6-4, 6-0 semifinal win.

Krueger will have a full schedule on Sunday, when she plays for both the singles and doubles title at Girls Nationals. She teams with Robin Montgomery as the top seed in Girls 18s to meet Elise Wagle and, yes, Elvina Kalieva, who will undoubtedly look for redemption in her quest to reach the US Open this fall.