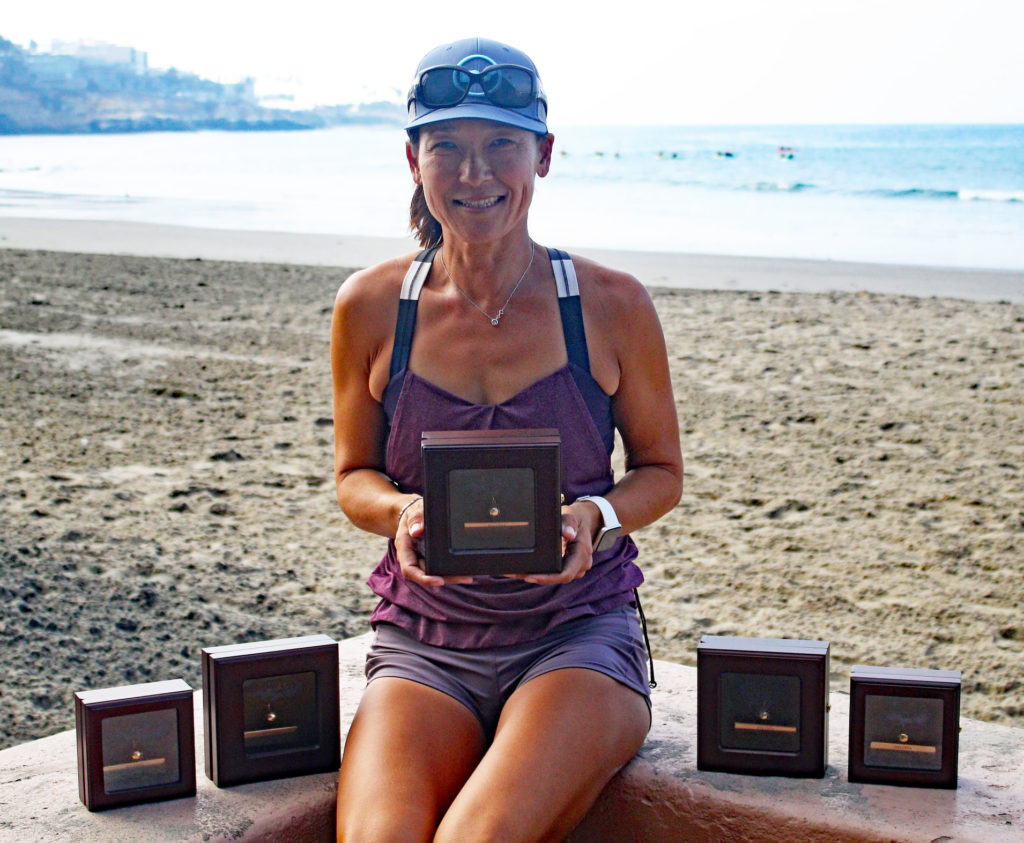 There’s a little secret to Hiromi Sasano’s dominating success at national age-group tournaments, especially over the past five years in which she has captured the USTA National 40s Hardcourt singles title at her favorite venue the La Jolla Beach & Tennis Club.

Sasano states the obvious that her rivals in their 40s don’t move as well as the younger players she typically plays. “I still do pretty well against teenagers at times, but for me to play 40s is not that hard,” she said. “Every day when you practice with better players you get used to it.”

The top-seeded Sasano of Mission Valley met a familiar foe in the final as she defeated fourth-seeded Amanda Parson Siegel of Santa Ana, 6-3, 6-0, for the third straight time in the final.

Sasano came into the final having dropped only a single game in her previous three matches but got off to a slow start to start the match, according to tournament press officer Fred Sidhu.

“All the finals are tough,” she told Sidhu. “I was nervous the whole time. I was going for too much and missing. My strategy was to make Amanda play a little more so I could settle down a little bit.”

Born in Japan, Sasano turned professional after high school and signed a deal to represent automobile manufacturer Toyota exclusively. “They paid for everything,” she said. “My training, travel and expenses.”

An injury cut short her pro career at the age of 21 and Sasano gave up the game for more than 12 years and became a professional dog and cat groomer and also a poker dealer.

Sasano landed in San Diego 20 years ago through a coaching contact and is a longtime full-time tennis instructor for adults at the Balboa Tennis Club.

She stays busy as a single mom to 14-year-old son Jun, 12-year-old Kai and 3-year-old Hana. Hiromi and Jun flew to Miami, Fla., a few days after her gold ball win for Jun’s first tournament he has ever traveled to: the prestigious Junior Orange Bowl.

“During the pandemic he was playing every day and one day he came in after a tough loss and said, ‘Mom, I’m quitting,’ ” she said. “I thought he meant tennis so I was hoping he’d change his mind. Turns out he meant quitting video games and said he wanted to focus on tennis full-time.

“He has a calendar printed out and I’m running him to tournaments every weekend. That’s my priority now.”

Fourteen-year-old quits video games for tennis. There could be no sweeter words for a mother to hear.