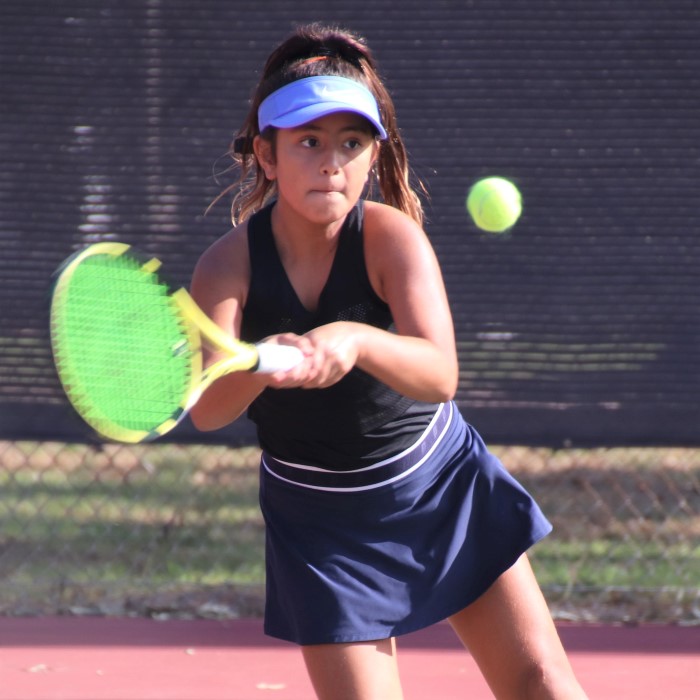 The opening rounds of the 118th USTA Southern California Junior Sectionals are in the books, setting up an exciting second weekend of play to determine the 2020 champions. Beginning Friday, the quarterfinals will kick off a long-anticipated championship weekend, one that has been on hold since June but now stands only days away at Barnes Tennis Center in San Diego.

Top-seeded Sebastian Gorzny remains atop the Boys 18s draw, but not without a scare. Gorzny was pushed to a tiebreaker on Sunday against Irvine’s Conrad Brown, but emerged from a 10-8 nailbiter to advance.

At one point this weekend, Newport Beach’s Rebecca Lynn won three consecutive sets at love, advancing with ease to the quarters along with #2 seed Maxine Murphy, who has been dominant in the other half of the talented Girls 18s draw.

An early upset on Sunday in San Diego as (9) Parashar Bharadwaj of Irvine upended Boys 16s top seed Lucas Coriaty. Bharadwaj opened strong to win the first set before Coriaty dominated the second, leading to a 10-5 deciding tiebreak that favored the #9 seed.

Lucinda Gatsiounis of Studio City benefited from a quick start to the Girls 16s tournament by way of walkover, then returned to the court on Sunday to advance with a straight set win over Essence Wang of Newbury Park. Gatsiounis will next meet Alyssa Ahn, who won her nightcap on Sunday evening.

Chula Vista’s Mario Garcia moves on as the top seed in Boys 14s. Garcia won two second-set tiebreakers in the first weekend, and did so convincingly, to set up his quarterfinal match with (5) Tyler Li. Li has yet to drop a set and finished on Sunday by notching a bagel in the second set of a routine win.

A disappointing Sectionals for Girls 14s top seed Rachel Lee, who withdrew due to illness at the start of the event. That might have favored #2 Tianmei Wang, but Wang fell in the Round of 16. It’s now a toss-up led by (3) Maren Urata, who hopes to maintain her new distinction as the top remaining seed.

Top seed Rishvanth Krishna of Irvine looks impressive in the early rounds of Boys 12s. In three matches, he is a combined 36-4 in forty games ahead of next week’s quarters, slated for Friday. Not far behind, Carlsbad’s Julieta Pareja posted a 36-5 record over her first three matches in Girls 12s, including a double-bagel in the second round.

Boys 10s and Girls 10s are well on their way to the semifinals, with top seeds Stefanos Constantinides and Ania Zabost in full control. After a first round bye, Tarzana’s Zabost dropped only one game in two match wins, while San Diego’s Constantinides was halfway through his second match before he relinquished a game.