Life-threatening injuries in the past, Keegan Smith bounces back 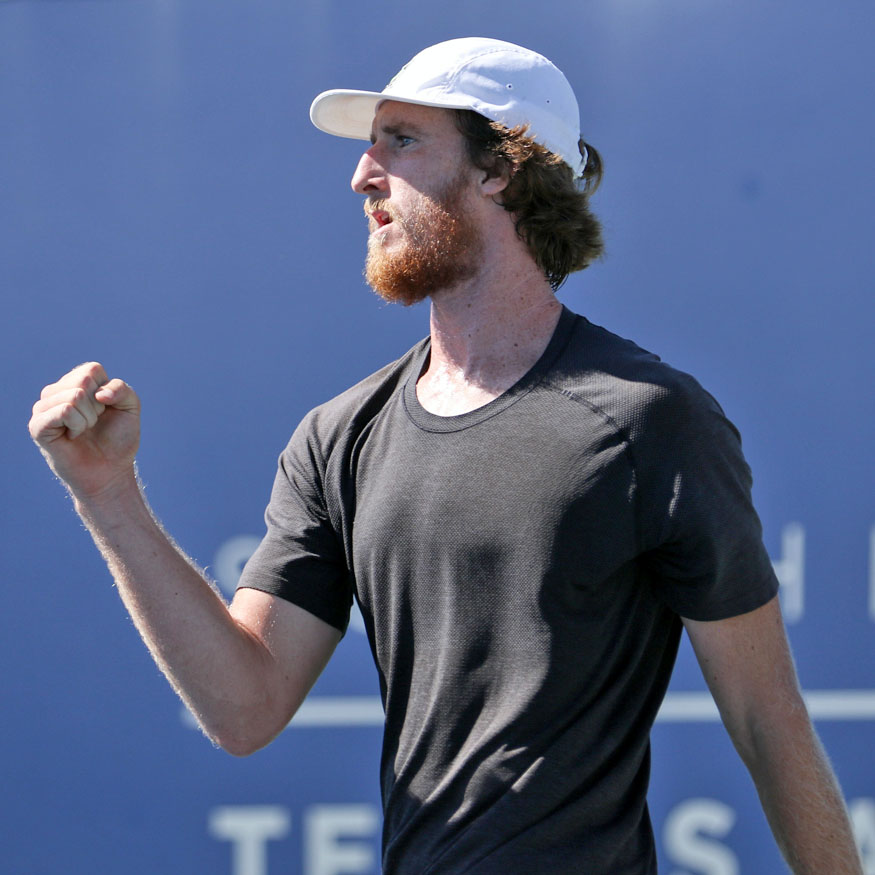 Just 18 months removed from his eight-day hospital ICU stay after a horrific skateboarding accident that ended his senior season at UCLA, Keegan Smith wants all to know he’s living his best life and ready to continue his climb up the ATP rankings in both singles and doubles. Fresh off his huge US Open first round main-draw doubles win, San Diego’s Smith returned home recently to play in the San Diego Open at Barnes Tennis Center where he fell in the first round of singles qualifying to the No. 2 seed in two close tiebreakers in his ATP 250 singles debut, while falling in the first round of the main draw in doubles. “Yeah, it was super cool getting to play in my hometown ATP tournament,” said Smith.

“I really wish I could have won because I was having so much fun. It would have been super cool to continue. I was right there in the singles, but it just snuck away from me. That one hurt, like, really hurt.” Smith continued: “It was something really special. It was really like a dream. It felt weird at times, and I just recalled watching so many big events with my dad [Jim Smith] as a kid in San Diego. It was like, woah, these were pinch-me moments.” Smith said he spent time walking the hallways of Barnes and seeing his picture countless times as a junior, some even included world top-12 Taylor Fritz, who is the same age as Smith. “I think I’ve played the most tournaments of my life at Barnes,” he said. “It just felt so normal. I think I played CTC under 8s at Barnes. And I also used to come out for the Monday round-robin money event and would swoop in and take all the cash.”

The 24-year-old Smith chuckled at the memory, trying to recall some of the names of the top Open players at the time who would fork over the money that would go to watches, surfboards and clothes for the then-Point Loma high schooler. The accident firmly in his rear-view mirror, Smith did revisit those horrific eight days in the ICU for a column by Bryce Miller in the San Diego Union-Tribune in advance of the San Diego Open. “There was a moment in the hospital where I felt like I could have died,” Smith told Miller. “I was having these full-body cramps. I was in so much pain. I couldn’t do it anymore. There was a weird feeling of something calling for me to relax and give up. I said, no. It’s not my time yet. At that age, you don’t think about death much. Now I have this huge appreciation for life.”

That appreciation of life and being in the moment really hit home for Smith during the US Open, where he was granted a wild card. “It was surreal – a once-in-a-lifetime experience,” he said. “The crowd was really getting into it and my family and friends were.” A former NCAA doubles champion, it wasn’t the first time in an Open man draw for Smith. But he called winning a round one of the best experiences he’s ever had on a tennis court and the realization of a lifelong dream. “It definitely was because I had been struggling a lot by myself on the road, and not having anyone with me,” Smith said. “I’m a super social guy and there were a bunch of different tournaments I went to that were in really remote areas.”

Smith has since hired a full-time coach to travel with him and make things easier on the road. Asked what he learned about himself during the year on the road, he repeated that he realized how social a person he was and how he is most comfortable when people are around him. “I really struggle being alone and being with my own breath and not talking a lot. That part is really tough for me.” A History major, Smith said he is just one semester short of obtaining his college degree. He doesn’t regret forgoing his final fifth year of eligibility, instead deciding to turn pro. Smith’s not sure what the future holds post-tennis. “I haven’t thought too much about it,” he said. “I think I will get out of tennis for a bit. Hopefully I can make some money and be able to travel and retire.”

Smith will next travel to South Korea for a tournament and then back to the States to play three Challengers Indoors before possibly heading to Europe to continue his rankings climb with the goal to make Australian Open
qualifying. Asked if he’s ready for the grind to once again go out and give it his all on the tour, there was no hesitation. “One hundred percent,” Smith said. “It’s only been a year and I went from No. 850 to 340 in singles, and No. 264 in doubles. I’m excited to do it. I know there’s a long road ahead of me, but this is what I do. I love to play tennis.”