THIS IS... ANAHEIM'S JAYCEE ESTEFANI 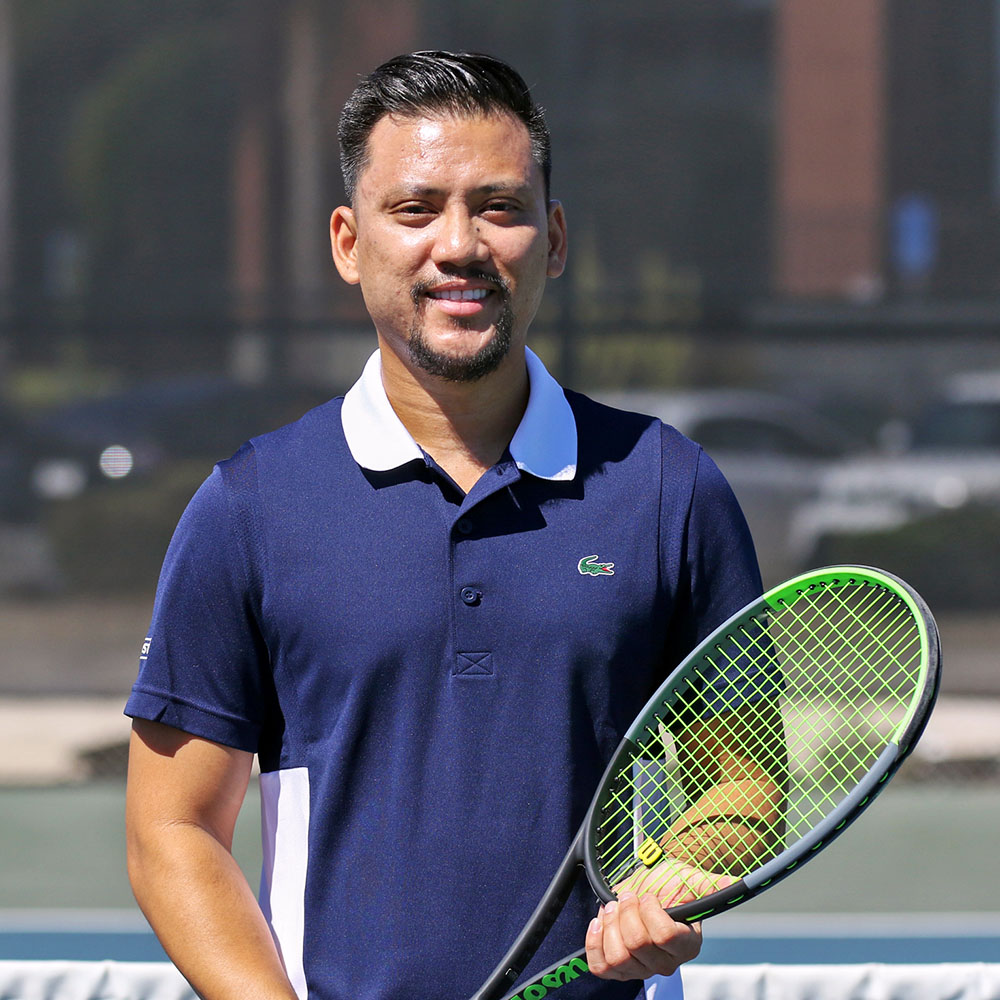 THIS IS... ANAHEIM'S JAYCEE ESTEFANI

Even as Jaycee Estefani considers tennis a major part of his life these days, the Anaheim native had a relatively late introduction to the sport. He never played junior tennis, and even had some gaps in his active tennis journey as well, but Jaycee has found himself being drawn back to tennis time after time to unleash his competitive spirit on the court.

“I figured I’ll give it a shot,” laughed Jaycee about his initial reason for picking up tennis. “It really just started in high school, just seeing my sister play and then wanting to get into it.” Jaycee’s older sister had played tennis all her life, and while he didn’t pick up a racquet until high school, once he did there was no going back. Still, he found that tennis did not come to him very quickly, but slowly he became more comfortable with hitting and controlling the ball and tennis became a bigger part of his life. Jaycee was attracted to the individual nature of tennis and reveled in the feeling of competing with himself, as opposed to playing team sports. “What I really liked about tennis was the fact that I can hold myself more accountable,” said Jaycee. “As well as hanging out with my friends that were also playing, too.”

Jaycee’s tennis career took a little bit of a pause when he went to college at UC Riverside, focusing on his undergrad degree in Electrical Engineering, followed by his Masters in the same at USC. While he didn’t play much while at Riverside, he joined the USC club tennis program as a Master’s student and rediscovered his love for the sport. “After finishing my grad school and moving on, I decided to do a little bit more competitive tennis,” explained Jaycee. “I recalled high school when my buddies back then were playing junior tournaments, so I looked up USTA to find something like that for adults.” Jaycee was particularly interested in playing in NTRP tournaments, preferring tournament formats as opposed to adult leagues, and started at the 3.5 level before advancing to his current 4.5 standing.

The step up from recreational play to competitive play was no cakewalk. “You get humbled!,” he said of the experience. “Playing at a competitive level versus with your friends, I had a lot of tough experiences. It was still fun, but it definitely motivated me to continue practicing.”

Jaycee found himself being challenged at every level, having to adapt to the jump in difficulty and the different styles of play in Southern California, but he was energized by the common passion that he would share with his opponents.

“I know the person on the other side of the court is like, super motivated to win, and I really learned about my tennis at the 4.0 level,” he said. “I felt like I was getting in the groove of being more aggressive and not just surviving points.”

Jaycee’s reintroduction into tennis originally came out of a desire to stay more active and find something to do outside of studying. He has long been a tennis fan and cites Novak Djokovic as a player that he has tried to emulate. “Growing up, he was the only one that was right-handed,” said Jaycee. “He also has a two handed backhand that I try to do myself.” While Jaycee doesn’t necessarily aspire to be the player the caliber of Djokovic, it’s clear that he has his own goals, and works just as hard to achieve them. “I want to get to a point where I can be competitive at the 4.5 level,” rationed Jaycee. “This is going to take time and I’ve just got to be patient. But I want to get to a point where I’m really being competitive.”

While he did pick tennis up relatively late, Jaycee has had success, even representing #TeamSoCal at Adult Nationals three different times, an experience that he never thought he would have. “It’s really fun playing on a clay court,” he said. “And meeting a lot of really cool people around the country.

“I love tennis because of the opportunity to really test yourself,” he exclaimed. “To push yourself and hold yourself accountable!” Through it all Jaycee demonstrates how tennis can be an outlet for players at all stages of the game, to both have fun and express their competitive spirit in a lifelong sport.