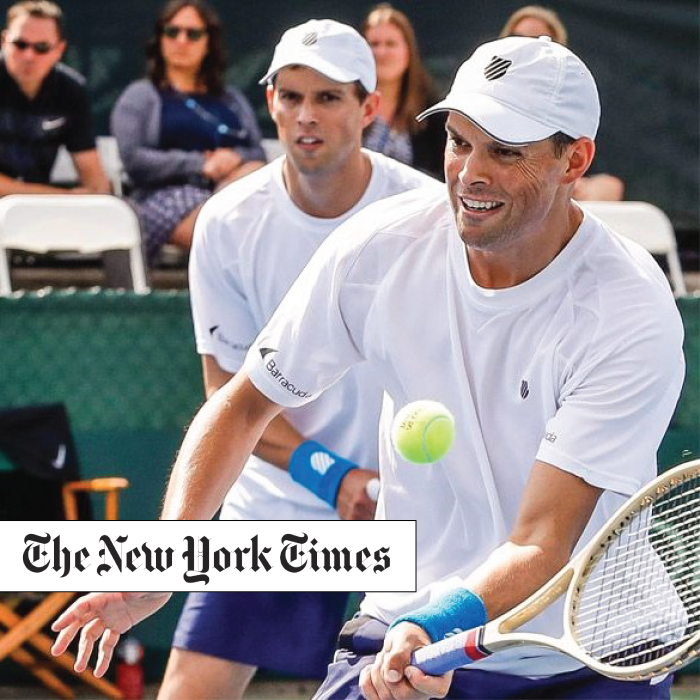 The Bryan Brothers Were Ready to Call It Quits. Now They Might Need One Last Hug

Bob and Mike Bryan had a really good plan. One last whirl around the world for this unmatched identical twin doubles team. Collect some prize money, doff their caps in Melbourne and Paris and at Wimbledon, then end in one big blanket of tennis love at the U.S. Open in New York, where they have won their home-country slam five times.

So that’s not going to happen, not this year anyway.

The Bryan brothers must confront the same decision facing any number of professional athletes of a certain age. They targeted 2020 as their swan song, a year they might, with a little luck, author the sort of storybook ending every athlete yearns for but only very few — Pete Sampras, Peyton Manning, David Ross — actually get. At the very least, they would be able to say goodbye.

Now the Bryan brothers need to figure out whether they want to, or even can, put the band back together for a second attempt at a farewell tour in 2021. In fact, they don’t even know if they want to bother playing the U.S. Open in September if it happens. Live in a quasi-bubble at an airport hotel in Queens? Play in an empty stadium without any whooping and hollering for their signature, service-line chest bumps? What’s the point?

“I don’t think we want to play a sterile U.S. Open with no fans,” Mike Bryan said during a recent video chat from his home near Los Angeles.

Bob was in a neighboring box on the screen from his home in Florida, lamenting with Mike the idea of playing their final match under conditions that would probably feel more like a practice session, even if another Grand Slam title was on the line. “That’s not what we signed up for,” Bob said.

Read the complete article by Matthew Futterman at nytimes.com.