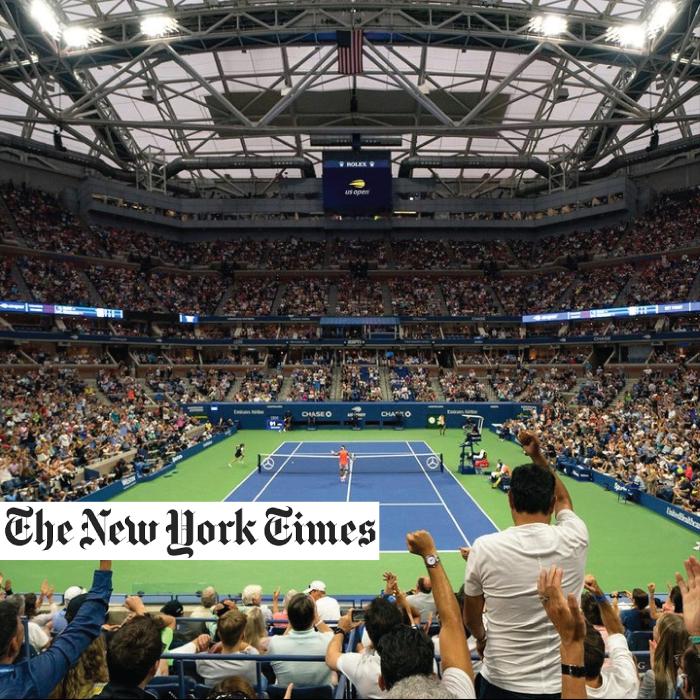 An excerpt from “Top International Players Uneasy on U.S. Open Plan as Decision Nears”, by Christopher Clarey, published on June 11, 2020 by The New York Times

“We have less than a week to go, so we need to finally finalize what we will do,” said Patrick Galbraith, the president of the United States Tennis Association, as he presented the case for holding this year’s Open to more than 400 players and coaches on a videoconference call with the ATP, the men’s tour.

The tennis tours have been shut down since mid-March because of the coronavirus pandemic, and two Grand Slam events have been affected. Wimbledon was canceled for the first time since 1945 amid World War II, and the French Open was postponed from a late May start until late September.

The U.S. Open, with main draw play scheduled from Aug. 31 to Sept. 13 in New York, would be the next Grand Slam on the schedule. Its leadership has proposed staging the event without spectators and with players, support personnel and officials confined to a so-called bubble world to reduce the risk of infection.

Exceptional measures would include restricting players to a tournament hotel outside Manhattan, imposing a limit of one support team member per player, eliminating singles qualifying and reducing the doubles draws to 24 teams from the usual 64.

“I know this isn’t ideal,” Eric Butorac, a former tour player who is the U.S.T.A.’s director of player relations, said on Wednesday’s call. “The 2019 Open was amazing. I wish we could run it back the same way. However, this is the world we are living in. We believe this is a good plan and believe it is good for the sport. It’s good for the tennis economy, creates jobs for you, for coaches, for commentators, for so many people. And most importantly, this plan keeps you safe.”