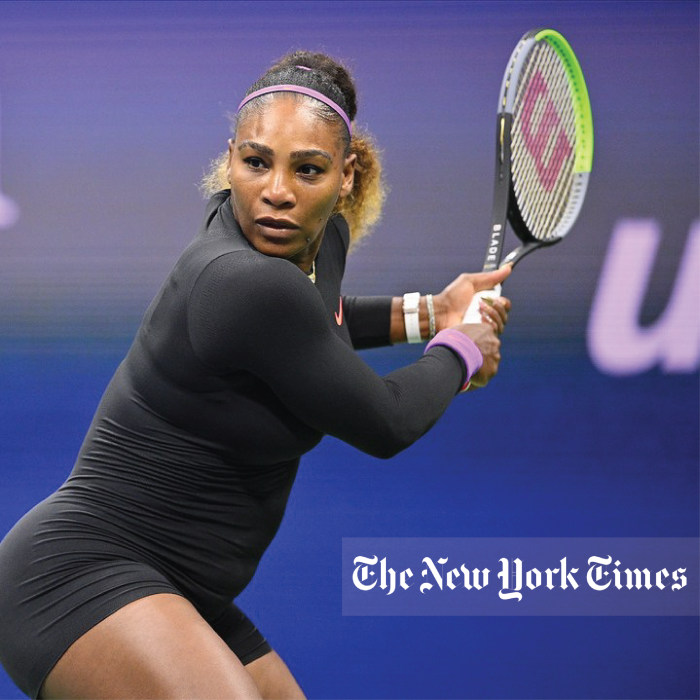 After her latest long and unexpected break from the sport she once dominated, Serena Williams will return to competition next week at a new tournament, the Top Seed Open in Lexington, Ky.

What’s different about this layoff is that Williams’s comeback to tour-level tennis will be part of everyone else’s.

Professional players have been on hiatus because the coronavirus pandemic shut down both the men’s and women’s circuits in early March.

“That’s the biggest difference,” Williams said during a pretournament news conference on Saturday. “Instead of me being injured, it’s kind of like everyone had to take a break and a pause, and it will be really fun and interesting to see how we play. I feel like everyone has an opportunity to actually be more fit now, because we spent so much time at home to just kind of work on yourself and your life and your game.”

The question is, how does this collective break affect Williams’s chances of winning the United States Open, the Grand Slam tournament scheduled to begin on Aug. 31?

“I think she has the same chances that she has had since the birth of her daughter,” her coach, Patrick Mouratoglou, said in a telephone interview from France this week before traveling to Kentucky. “She absolutely has the level. It still depends a great deal on her whether she wins a Grand Slam. The Covid, for me, has changed absolutely nothing in that department.”

Mouratoglou, who has coached Williams since 2012 and helped her win 10 of her 23 Grand Slam singles titles, spent much of the pandemic break at his academy near Nice, France, starting an exhibition league, Ultimate Tennis Showdown, designed to particularly appeal to younger, non-hardcore tennis fans.

But he still believes in the old guard when it comes to women’s tennis and has remained adamant since Williams became a mother in 2017 that she still has what it takes, even at this late stage in her career, to win her 24th Grand Slam singles title and tie Margaret Court’s record.

She has come agonizingly close. Since returning to the tour in 2018 after a difficult childbirth, she has reached four Grand Slam finals — two at Wimbledon and two at the U.S. Open — losing all of them in straight sets.

After winning her first tournament as a mother in January in Auckland, New Zealand, she arrived with renewed momentum at this year’s Australian Open, only to play one of her shakiest recent matches in a third-round loss to Wang Qiang: the highest-ranked Chinese player, whom she had overwhelmed, 6-1, 6-0, at the 2019 U.S. Open.

There were doubts about Williams’s fitness and ability to handle the biggest moments before the pandemic, and those doubts remain as she returns at age 38 with the U.S. Open again in her sights.

Read the full story by Christopher Clarey in the New York Times.