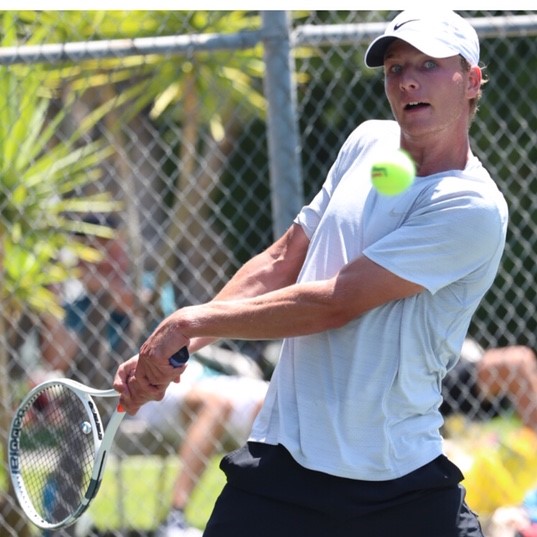 Irvine’s Alex Petrov will arrive in Iowa City to start the new year, realizing a life-long dream of playing Division I tennis for the Hawkeyes at the University of Iowa. At Fresno State, La Quinta’s Diego Castillo has already settled in to an apartment directly across the street from campus, and like Petrov, he’s also anxiously awaiting his inaugural college tennis season.

For both 18-year-old former SoCal junior tennis standouts, the 2021 school year will be one to remember, but it will be a one-and-done situation for both Petrov and Castillo as their colleges have made the tough and unfortunate decision to cut the men’s tennis programs at both schools.

Of course, both players were heartbroken when they found out about the programs would be eliminated. But that isn’t stopping them from staying positive and wanting to make this final season an amazing experience.

“I feel like I have to go and I don’t have any other options right now,” said Petrov, who originally was set to play at USC but a financial hiccup left his scrambling to commit to Iowa back in January. “But I’m really looking forward to going. All the guys are fired up. The coach is fired up and it’s going to be good to really feed off of that energy. We are ranked No. 20 nationally. It’s just a perfect place for me right now.”

Castillo said his heart sank when he was called to a Zoom meeting by the Fresno State University President and Athletic Director. “It was really sad, and everyone had the same reaction,” Castillo said. “It’s just such an exceptional program and was heading in the right direction.

“There was no indication. When we were called to a Zoom meeting I just thought they were going to update us on the use of the facility and the gym and practice times that would start. But from the tone of his voice, I knew it wasn’t good news. We have this season, at least.”

Petrov said this season will be like an audition, and that his level of play may determine which schools consider him to join their programs in 2021-22. Same holds true for Castillo, as both indicate that continuing to play Division I tennis is the most important thing for them.

“I’m just focused on the tennis,” said Petrov, who won the USTA SoCal Boys’ 18s Junior Sectionals in 2019.  “I’ve always looked at college as a stepping stone as how I can improve. Get in and get out as fast as possible. Then moving on and playing the Futures and the pros.”

Petrov recently returned from Bulgaria where his extended family still resides. A few years before he was born, his mother and father emigrated to the United States from Bulgaria settling in the melting pot of Queens, N.Y., just a few miles from the site of the US Open.

“I started playing at the USTA there, but (eventually) I just had to go out and do it on my own,” said Petrov, who moved with his parents and younger brother to Irvine four years ago strictly because of tennis. “You really can’t train year-round there with half the year indoors. I met a guy named Marvin Dent who really helped me and my game. He still does. He’s like a second father to me.”

In California Petrov has worked with several coaches, including current coach and Advantage Academy founder Jimmy Johnson at the Tennis Club of Newport Beach. He also spent a year with Kevin Jackson and Mitch Bridge at Jackson Bridge Academy in Fountain Valley.

“When we first moved out here I had no ranking or points,” Petrov said. “I couldn’t play any higher level tournaments. The last couple of years I’ve just been training more and playing less tournaments.”

Castillo said he would like to stay on the West Coast and play for a Division I school after his one year as a Bulldog is completed. He is interested in checking out Loyola Marymount, Pepperdine, UC Santa Barbara and Cal Poly.

Castillo said he and his teammates want put on a show this spring, and will work that much harder to make Bulldog nation proud of what the program means to them. “We’re going to go down fighting,” he said. “I don’t know, maybe if we have a really good season they would reconsider. I guess I’m being overly optimistic. But I want to fight for my guys and we’re going to do the best we can.”