PRATT: Nakashima Earns an Education Ahead of US Open Main Draw Debut 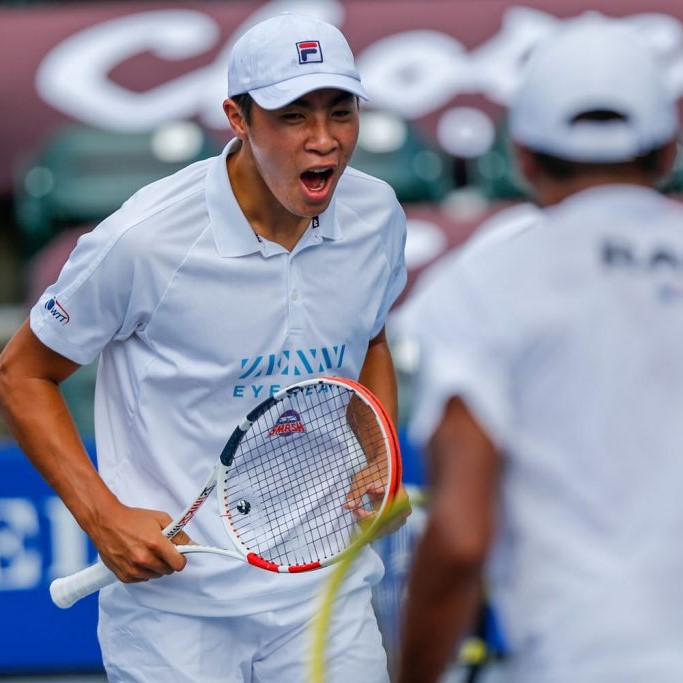 After each of their fourteen matches during the recently completed World TeamTennis season at The Greenbrier Resort in West Virginia, head coach of the first-year expansion Chicago Smash Kamau Murray would gather his players and hold a short meeting where each member of the team would say a few words about the match just played.

“One time, with his head down, Brandon quietly said, ‘Sloane, we really need you to pick up a couple more games next time,’ and everyone just died laughing,” said Smash player Evan King. “Brandon’s a pretty quiet guy. Sometimes he goes unnoticed and you forget he’s even there.”

That certainly wasn’t the case once San Diego’s Nakashima – who turned 19-years-old a day after the Smash lost on the final point to the New York Empire in the WTT Final in match shown in front of a nationally television audience live on CBS – stepped on the court as recorded wins over ATP studs Steve Johnson, Sam Querrey, Ryan Harrison and Tommy Paul. Nakashima ended the season with a 5-1 win over two-time Australian Open quarterfinalist Tennys Sandgren and 5-0 against Jack Sock in the final, after beating the three-time Grand Slam doubles champion 5-4 earlier in the year.

“Brandon has been a rock all season,” said Murray,” who watched Nakashima give his team a lead in the final match down 6-10 after blanking Sock to put the Smash up 11-10. “He always draws the short end of the stick having to play a top 100 male every single match.”

The fast-paced play and quick first-to-five WTT format suited the rookie Nakashima’s game, and he seldom lost his serve recording 33 aces and only seven double faults in singles. He has a Sampras-like demeanor on the court, and onlookers were most impressed with his world-class bachkhand. When we caught up with Nakashima on the final weekend of the season in West Virginia, he said he learned the most from Ram on strategy in Men’s Doubles play.

“It’s been quite an experience here playing with all these top players,” said Nakashima said, who played one season of college tennis for the University of Virginia about a two-hour drive away. “All the players on the team, even Coach Murray, have been so great to me. I didn’t really know most of them when I started but from the first match I just felt they were all just such great people and so kind. Just good influences on my game. Here you have all these Grand Slam champions on our team… it’s just been so great so far. They’ve really helped me deal with playing World TeamTennis for the first time.”

Nakashima said the four months away helped him, and he took part in some local Backyard Barnstorming tours.

“It was tough at the beginning, especially coming off a couple good runs at some tournaments and having to stop all of a sudden,” said Nakashima, who will head to New York as a wild card entry at the US Open, beginning August 31 at Flushing Meadows. “It was a little bit tough mentally, but it gave me the time to work on my game and practice for a long period of time unlike my normal schedule when there are a lot of tournaments back-to-back.”

You can count World TeamTennis principal owner Fred Luddy among Nakashima’s biggest fans. “I met Brandon with he was about 16,” said Luddy, who also owns the San Diego Aviators franchise. “I can only tell you what I’ve heard from others, guys like Pat Cash and Jimmy Connors who think he can be top 20. He’s still growing. When I met him he was my height. So either he’s grown six inches or I’ve shrunk six inches. Maybe it’s a combination. You watch his demeanor and his cool. He doesn’t miss many shots but when he does he’s like, ‘It’s OK.’ ”

In 2018, Nakashima won his his first match at the US Open, a first round victory in the men’s qualifier. This year, he will begin his very first quest for a US Open championship when he appears in the Slam’s main draw among other wild cards announced on Thursday, including Britain’s Andy Murray and UCLA’s Maxime Cressy.