PRATT: Sun Sets on Four Decades of Tennis at The Claremont Club 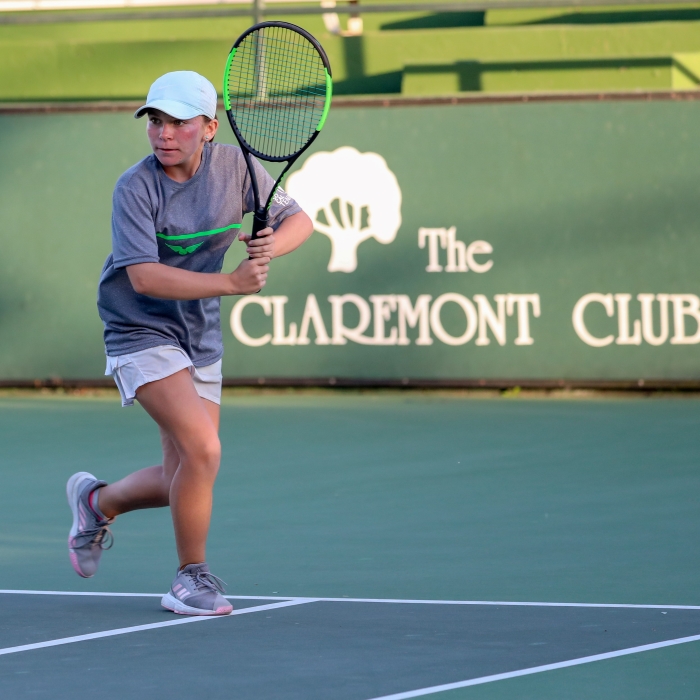 For 47 years, the Claremont Club has been so much more than tennis courts, swimming pools and gym and fitness equipment. It had been a vital place for residents of the Inland Empire to not only get stronger and healthier physically, but it became a place where members could go to spend time with their neighbors and grow socially, mentally and emotionally as a true community.

When word came down recently that the club was going to close because of the ongoing Covid-19 pandemic, it wasn’t so much a shock to people like 27-year veteran tennis director Barry Friedman and his teaching staff, but a feeling of great loss that might never be replaced.

“It’s very sad,” Friedman lamented recently. “Here you have a club that has been a vital part of the community, and it’s just going to go away. It’s hard to wrap your brain around that. But things are changing every day. There has been an offer to purchase the club. We just don’t know what’s going to happen. But it was originally zoned for commercial recreation. So that will make it tough to sell it to a developer who would have to have it re-zoned for residential use.”

The club built in 1973 has 27 tennis courts and sits just a few blocks south of the Baseline exit off the 210 Freeway and serves members from Upland to Rancho Cucamonga to Ontario and, of course, Claremont. At one time, the club had 29 tennis courts but have had two converted for pickleball use.

According to CEO and President Mike Alpert, the club – which employs more than 250 people – was unable to continue losing as much money as it was during the closure. Alpert told the Inland Valley Daily-Bulletin that, “There’s a very high probability the club will be sold to a developer,” Alpert said.

One of the club’s longtime members and teaching pro Darren Richer said he spoke to countless members who felt like Friedman and said they couldn’t imagine the Claremont Club closing down for good. “It’s not just a job, it’s like a second home,” said Richer who works alongside fellow teaching pros Allison Mori (27 years), Lionel Rival (22 years), Ross Friedman (15 years) and Jami Johnson (5 years). “It’s not like a 24-Hour Fitness or someplace you go to get a workout. It’s a place that is a true community.”

Richer and a group started a website and an online petition for members of the community interested in exploring ways to somehow keep the club being sold to a developer. “We’ve talked about getting some wealthy donors, or maybe turning it into a member-owned equity club,” Richer said.

Alexis Kogan has been a Claremont Club member for 30 years, and her children are third-generation members and rising junior tennis players. “We were absolutely devastated to learn the news that TCC had closed its doors,” Kogan said. “To say that place and those courts mean a lot to us is an understatement. This is an enormous blow to our immediate community, neighboring cities, and especially SoCal tennis.”

Kogan played tennis at Tulane University before she returned to the area to raise her children. “Now my kids enjoy the courts and junior programs at TCC,” she said. “You cannot find any other club within an hour drive of here that has 27 courts and offers comparable programming; and that is just from the tennis perspective, let alone the robust fitness, competitive swim, specialized rehabilitation, nutritional programming, cancer care, geriatric fitness, child services, social programs…I could go on and on.”

“And then you think about our Perfect Step program for people who has suffered spinal cord injuries,” Friedman said. “And the thousands of cancer patients who we donate our time to. There is a lot of that going on that many want to see continue. We are still hoping there is a way to work it out to keep it as a club. It’s critical to keep tennis going in this area.”

Kogan has a hard time imagining life without the Claremont Club. “It has truly been a ‘second home’ for me, my family, and many, many others,” she said. “It is painful to think that it won’t be around for others to enjoy and to lay the foundation for an active lifestyle, with or without tennis, like it has done for me.”