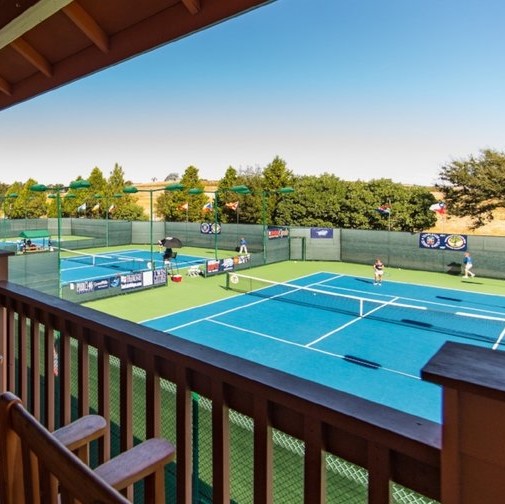 Tennis and wine are two of Tim Gray’s greatest passions, and what brought Gray back to his California roots.

Right in the middle of a global pandemic 11 months ago, Gray and his wife Christine decided to accept the position as the Director of Court Sports at the Templeton Tennis Ranch in north San Luis Obispo County.

Templeton’s proximity to the nearby Paso Robles wine country was a big reason for the Grays to make the cross-country move from Providence, R.I., where Gray had spent the past four seasons as the head men’s tennis coach at Ivy League Brown University.

The 59-year-old Gray had left the college coaching lifestyle once before, back in 2011 when he and Christine decided the Napa Valley would be a good place to engage his two favorite passions as the Associate Director of Tennis at the Meadowood Napa Valley Resort in St. Helena, Calif. He stayed there five years before the college coaching bug bit again.

This time the San Diego native thinks he’s here to stay. “Everyone thought we were nuts leaving college coaching again,” Gray said. “We knew we wanted to get back to a region where there was wine. The first time we came to Napa I jumped into the wine making production side and my wife in the wine education. And we had a blast. It was just what the doctor ordered. Alas, we missed college coaching and went back to Brown.”

Membership at TTR has continued to grow with Gray focusing on tennis programming on five courts, while the robust pickleball program is thriving with eight courts. The club is also getting into the bocce business and will kick off the inaugural season of the Central Coast Bocce League at TTR on May 24.

With just around 75,000 residents in the Atascadero, Templeton and Paso Robles area, Gray said the club doesn’t have the advantage of pulling in potential members from a large metropolitan area. Gray said a decision was made recently by TTR founder and owner Ralph Goehring to not host the popular USTA Pro Circuit Women’s $60,000 event in the fall of 2021.

“When the USTA came to us recently and asked us to host it, we decided to take a break and try and do it in 2022,” Gray said. “We want to get a head start on it and make sure it’s profitable and we don’t do it at a loss.”