PRATT: Redondos Were The First Family of Junior Sectionals 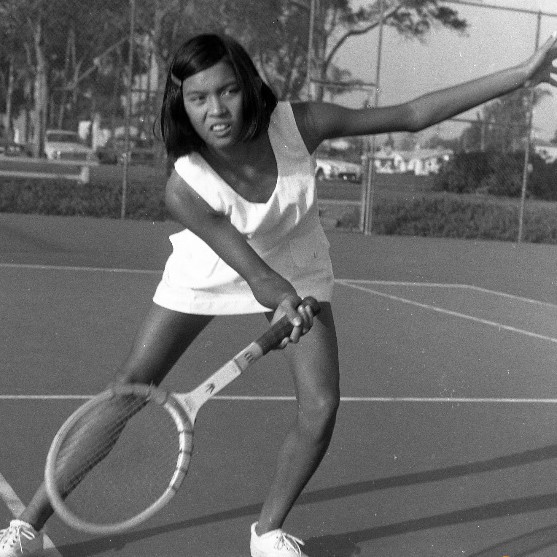 Their victories secured with trophies in hand, the Redondo siblings of San Diego piled into the family station wagon and headed for home.

The year was 1972 and the USTA Southern California Junior Sectionals were, just like today, one of the most important dates on the junior circuit calendar for SoCal players ages 10 through 18. One of the most competitive and prestigious tournaments in Southern California, its past champions roster reads like a who’s who in tennis lore – Venus Williams, Lindsay Davenport, Michael Chang, Bob Bryan, among countless others.

All of the Redondo children – there were nine in total – did a lot of winning at junior events across Southern California. But 48 years ago Redondo siblings Marita, Walter and Shelly did something that has not since been accomplished, winning three Sectional titles in singles at the same tournament as Marita captured the Girls’ 16s, Walter the Boys’ 14s and Shelly the Girls’ 12s.

You would have to imagine the stories and laughter thrown around in that car that day as the trio doesn’t remember much about what was, at the time, quite a monumental feat.

“I don’t ever recall us talking about winning a tournament after we were done,” said Walter, who beat Eliot Teltscher 6-3, 6-3 to add to the Sectional title he won in 1970 in the 12s and again winning the 16s in 1974. “We were just kids playing tournaments and we didn’t really bother to really look at the records. After coming off the court there is some excitement, but after it’s over it’s just going back to being kids.”

Walter recalled his grandmother Sophia – known as “Mamita” – and aunt Rita did the bulk of the driving to all the Southland tournaments. “We were all together and it was always so much fun because we were so close.”

Marita said Mamita required each of the grandkids to choose a sport to play so as to keep out of trouble. And they all chose tennis. “It was a different time, and we are all so appreciative of my grandmother because tennis kept us off the streets,” said Marita, who beat Bunny Bruning in the 16s girls’ final. “She would have milk and doughnuts for us and we would load up in the station wagon and she would take us to the tennis courts at Morley Field, which is now Balboa Park. We talk about it all the time just how special those days were.”

The recollections and specifics of certain events have faded like old photographs over time, but the memories of competing at an ultra-competitive level has never left the Redondos.

“When we would go to the Sectionals, Mamita packed a big cooler full of sandwiches and peanuts and raisins with drinks and other snacks,” Marita said. “With so many of us we really couldn’t go out and eat at restaurants as we were all playing at different times. She always gave us words of wisdom before we would go out to the court.”

Families like the Redondos traveling in packs was not a unique thing. The Hageys, the Austins and the Fernandez families all grew to know each other and build long-term friendships.

“Traveling with my sisters and the environment with the other families was special,” said Walter, who would go on to win the Kalamazoo National Boys’ 18s and become the No. 1-ranked player in the nation. “The competition then was incredibly strong and the enjoyment of just competing was so heightened for me because I just loved that opportunity to excel. The friendships that were made and the closeness that brought us together was the competition. We all knew the Sectionals was one of the biggest tournaments. It was something we all looked forward to because it had such an impact on our ranking.”

A La Mesa resident who works as a full-time artist, Walter turned professional after his junior career, but said his pro career never took off following the deaths of his grandmother and his coach.

The year Mamita passed in 1974 was the same year Marita decided to turn pro after a successful junior career which saw her compete in National events in places like Little Rock, Ark., Charleston, W.V., and Philadelphia.

Of the nine Redondo siblings there are now 54 nephews, nieces and grandchildren among the offspring, including the oldest Redondo Skip’s son Ryan, who now runs the Barnes Tennis Center in San Diego.

The brothers and sisters still talk twice a week and remain close. “It was brought up the other day that our kids don’t really know to what level we played or what we accomplished,” Shelly said. “My aunt did keep a notebook and had all our results and newspaper clippings in it. It’s somewhere in storage and would be fun to pull out someday and relive the memories.”

Surely, there would be entries of that 1972 year and Junior Sectionals when the Redondos were the toast of Southern California tennis.