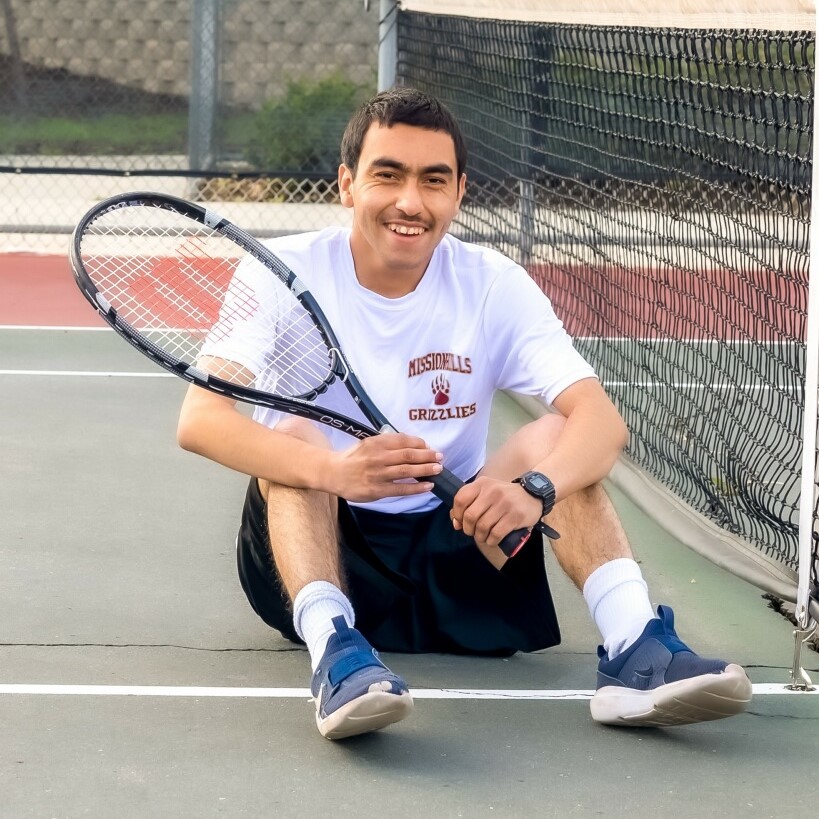 Ruben Minjares has always been an inspiration to friends and family for his willingness and desire to compete.

The 18-year-old Minjares from San Marcos in North San Diego County will do just that on Monday, August 1, when he takes part in the singles competition of the Donate Life Transplant Games taking place for the first time in Southern California (with doubles events slated for Tuesday, August 2) at University of California at San Diego. The Games are the world’s largest celebration of life and a chance to honor the lasting legacy of the donors who gave the ultimate gift of life.

“Ruben loves an audience and is very competitive and loves all sports,” said his mother Margaret Minjares. “He has an awesome family that supports his sports including his brother Ray, cousins and aunts and uncles who always attended his matches.”

Ruben was born with renal failure after a bleeding injury during Margaret’s labor and remained in the hospital for four months on dialysis. His first kidney transplant took place in 2006 at just 22 months old and that lasted almost 15 years, according to Margaret.

“It started to fail about 2017-2018 but with Covid in September of 2020, it took a hard hit and failed causing him to need dialysis three times week from October until February, 2021, when he was matched with a cadaver donation,” Margaret said.

His disability has never prevented Ruben from jumping right in and playing special needs sports his entire life. After watching brother Ray play on the Mission Hills High School tennis team, Ruben decided to join and played for coach David Levine both his sophomore and senior years, with Covid and health issues preventing from playing in the 11th grade.

Mission Hills won the league title this past season and fell in the second round of the CIF playoffs. Ruben was the inspirational leader of the team with Coach Levine awarding him the “Heart of the Team” Award before he graduated.

“My favorite part of tennis is serving,” said Ruben, who admittingly spends hours serving against his fence outside his home.

While he doesn’t have a current favorite player, Ruben spends hours watching YouTube videos of the pros, studying them and watching their movement. “He understands and learns by repetitive practice and memory,” said Margaret, who is a nurse while her husband Ray is in the plumbing business. “He buys books and studies the process.”

Ruben is a big football fan, but also counts tennis, basketball and baseball as his favorite sports. He will be enrolled in a local Adult Transition Program in the fall where he will learn working and social skills.

Ruben has taken private lessons with former Palomar College player Daniel Di Matteo and hopes to continue taking them after the Games are completed. “We told him tennis is something you can do your whole life, and plan to put him back in lessons,” Margaret said. “He is really looking forward to competing on Monday in the Games. It’s been pretty exciting for him.”

Asked what his goals are as he looks forward to taking part in the Transplant Games, Ruben gave a simple answer.

“I want to win every single game,” he said.