SoCal Pro Series to kick off 2023 with stop in Malibu; Pre-qualifier begins December 9 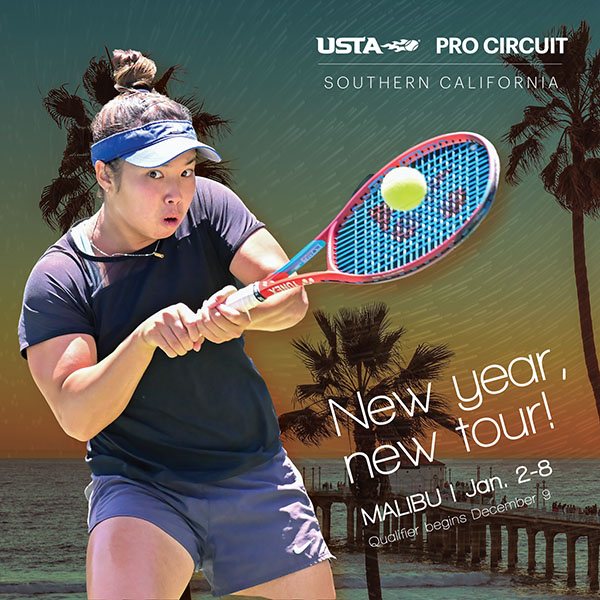 Fresh off a banner season in 2022, the SoCal Pro Series returns to kick off the new year with men’s and women’s $25K Malibu events at Pepperdine University featuring some of the region’s brightest young male and female players and future pro tour champions.

The SoCal Pro Series, showcasing the future of American tennis, launched a successful series last summer with six stops across San Diego and Los Angeles. Winners included SoCal native Brandon Holt, who started the year as the #830 ranked player on the ATP Tour and went on to make an impact at the US Open this fall with a stunning first round upset of top American Taylor Fritz. The win placed Holt inside the world Top 300 for the first time in his young career.

This year’s inaugural men’s and women’s tournaments in Malibu begin January 2 thru January 8. Registration for the tournament pre-qualifiers, slated for Lakewood Tennis Center beginning December 9, is now open. Click here to learn more and register for this quick start to the 2023 season!

The SoCal Pro Series in Southern California returns in May with a full slate of events and equal prize money for both Men’s and Women’s divisions. Players earn valuable points toward their national standing on ATP and WTA rankings lists.

Dates and locations for the 2023 summer tour will be announced in January at ustasocal.com and on all USTA SoCal social media platforms.