This Is… El Cajon’s Isaiah Strode 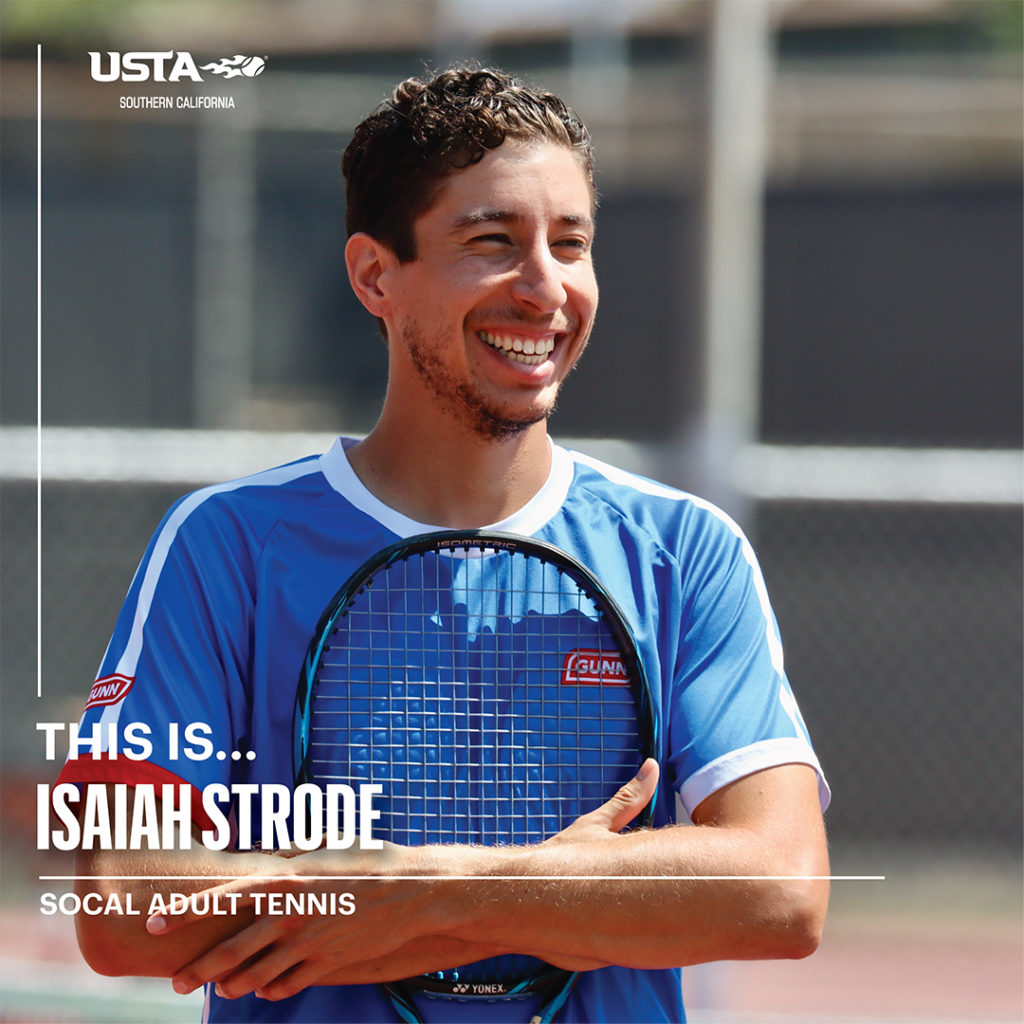 Rarely if ever is there an ITF Pro Circuit or men’s open pro money tournament taking place in Southern California where you won’t find the name Isaiah Strode in the draw.

The 24-year-old Strode has been known to travel all over the nation to places like Wichita, Pensacola, and Little Rock to play tournaments since foregoing college tennis and turning pro after high school.

But El Cajon’s Strode finds himself truly at home at Southern California events like The Ojai and the recent Calabasas Futures event, as well as competing in numerous UTR money tournaments from San Luis Obispo to his hometown of San Diego all in order to keep improving and climbing in the rankings.

“If it’s local and a professional event, I will be playing,” said Strode, who in October played in his first ITF Pro Futures tournament since the pandemic began in March of 2020 advancing to the semifinals in Cancun, Mexico.“ The pandemic forced us to stay closer to home more but I’m really looking forward to traveling more and playing high-level tennis. I can’t wait to get back on tour and keep increasing my ranking.”

Burnout can be a real thing for someone intent on playing so many events like Strode and he has had phases where it was hard to sustain the energy level and desire needed to compete week in and week out.

“I think Covid actually helped me with that,” said Strode, who lost his coach and father Skip Strode to cancer in May causing another short break from competitive play. “I was able to pause and spend more time with family and other things that I like. It’s almost like it took that performance pressure away. And now I can come back with that fresh perspective and appreciate it for what it is.”

Strode leans on mentors and friends like former Cal Poly player Josh Ortlip from Irvine when he needs someone to talk with about the challenges of being a young pro tennis player.

“I have a few mentors who I talk to,” Strode said. “Not just tennis stuff, but personal and emotional stuff. All of that affects you on the court so it’s just a reflection of what you’re thinking on the court.”

Strode said his father is never far from his thoughts. “I think about him all the time,” he said. “There are so many people who have come up to me and have been so supportive about his legacy. He was just so selfless and wanted to help people. I hear stories from people who played with him on tour. It’s been awesome.”

Strode said one of the biggest things his father instilled in him was putting everything into what you’re doing. He said: “Just being a being a person of character and doing what you love and caring for people. He always wanted to be the best version of himself.”

It’s not all tennis for Strode, who describes himself as a movie lover and foodie. “I love the suspense movies like Shawshank Redemption,” he said. “I also like playing board games with my family and friends.”

Strode admitted he doesn’t know what his future holds but wants to make a career in the game he loves.

“I definitely have a love for the game and can see myself helping people,” he said. “I definitely see tennis in my future for sure. I think the resources I have are invaluable and I have learned information I can pass on to younger players.”