This is… Orange’s Morgan Shaffer 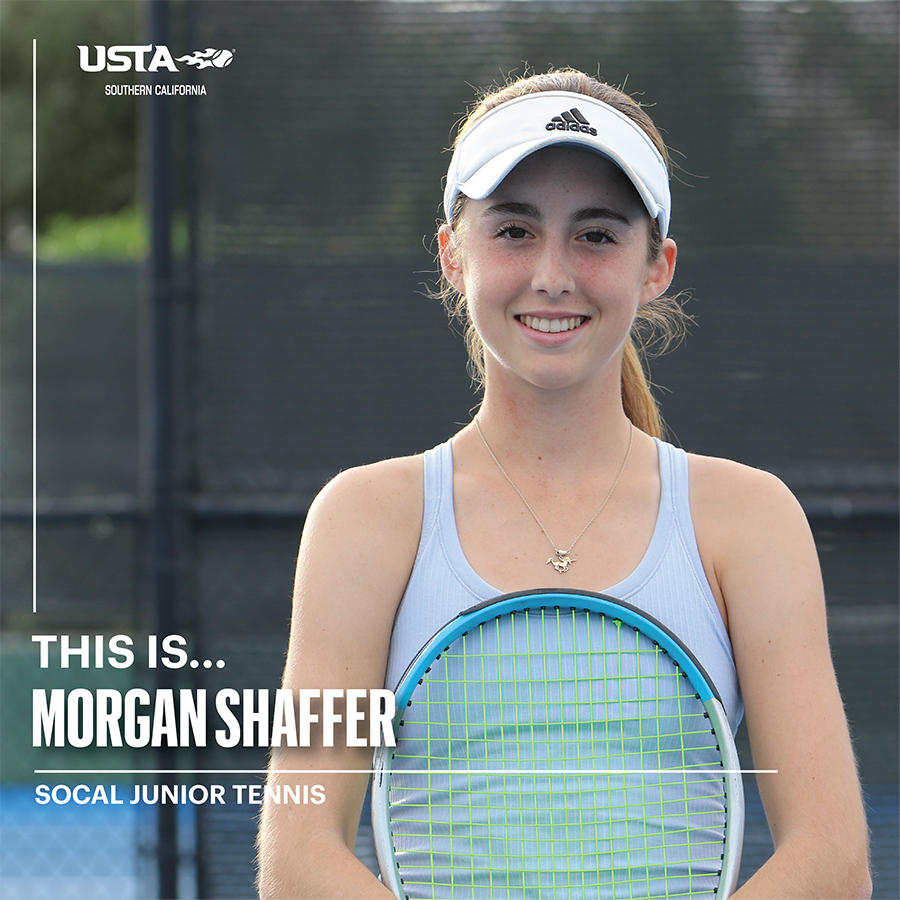 Villa Park High School sophomore Morgan Shaffer is taking the term “student athlete” to a new level. The Orange, Calif. native lists mathematics and physics as her two favorite subjects, and she attributes some of her success on the tennis court to what she’s acquired in the classroom.

Shaffer draws essential schoolwork parallels based on identifying the characteristics of “projectile motion, and reading the angles of the court” as part of her cerebral game, which changed significantly some years ago when she completely reworked her mechanics to solidify her groundstrokes. The changes to her already powerful game proved beneficial, as did some attention to developing a stronger mental game and “good headspace” on the court.

Truth be told, Shaffer has a pretty good coach watching over her development. Her mother, Debbie Graham Shaffer, is a former Grand Slam doubles champion and a member of the Southern California Tennis Association Hall of Fame. While she notably possesses her mother’s power serve and sometimes borrows from her serve and volley style, the younger Shaffer is carving a niche for herself in today’s game.

Playing some out-of-Section tournaments in Montana and South Dakota in 2021 plus her first indoor event in Washington last fall, Shaffer benefitted from the experience of playing opposite different kinds of players, and unfamiliar game plans against her. “It’s nice to play new players,” she said. “It’s almost like a mini-pro tour. All the kids (in Washington) play indoors due to the rain. They were really aggressive at the net.”

Even when she’s off the court, Shaffer continues to have an influence on the game. She serves as the Orange County President of Second Serve, a notable charitable organization that provides tennis gear and donated apparel to the needy. Some of their efforts reach as far as Africa, which recently received a shipment of equipment and clothing.

“Just a simple tee shirt can be a big deal,” Shaffer says. “You sometimes don’t think about how others don’t have the means to play tennis. We are very privileged.”

She has even written a children’s book aimed at teaching youngsters about Parkinson’s disease, which struck her father. Shaffer says her goal is to inform kids about the disease so they can understand what it means to live with Parkinson’s, and how it affects people and those around them.

The four-star recruit – who is busy working on her gold award, “essentially the final project” as a Girl Scout, she says – continues to rise on various national rankings lists, and may well take her racquet to an Ivy League school in a couple years. Based on her track record so far, one can only imagine the things Morgan Shaffer will accomplish before her junior career is a sweet, successful memory.