This is… San Diego’s Ivan Thamma 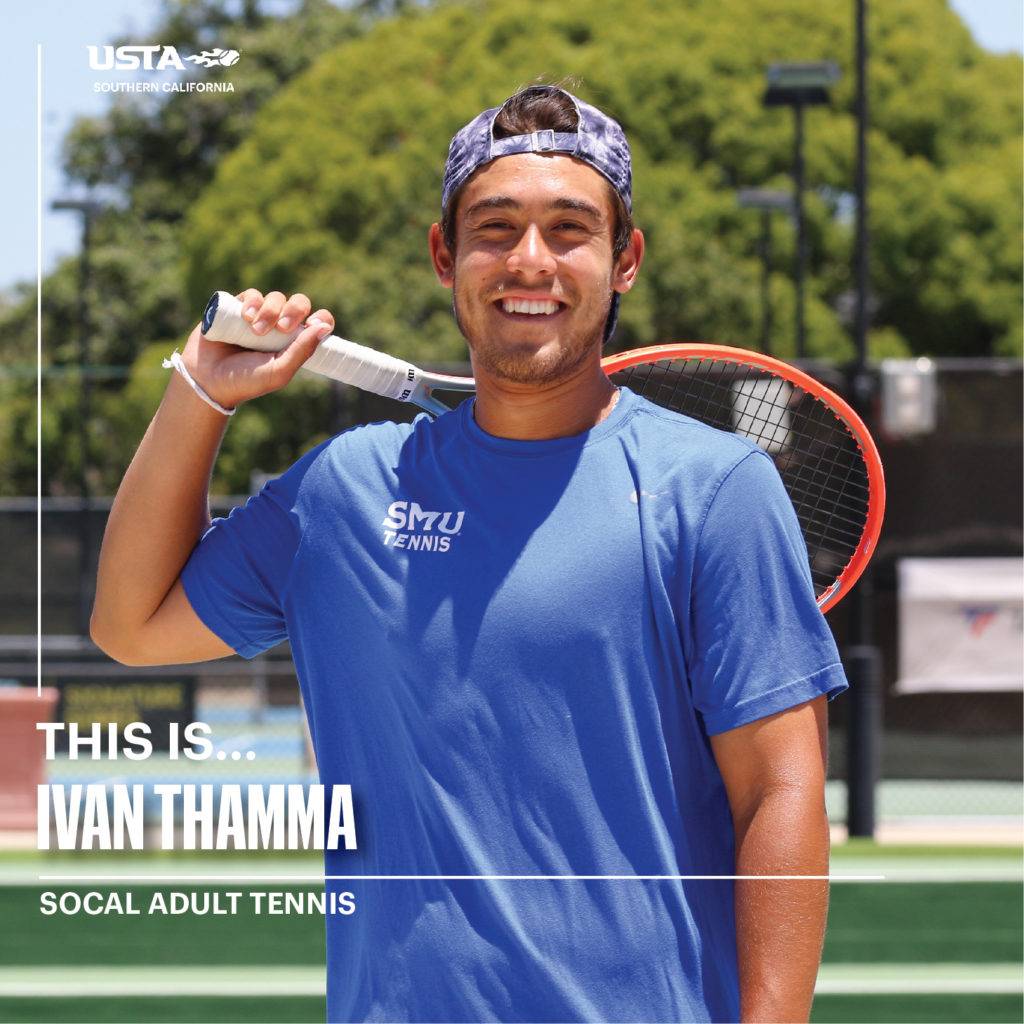 Being a first-generation American, born into a family with no connection to the sport, it seems unlikely that Ivan Thamma would one day be an elite college tennis player. However, Ivan found tennis and has been immersed in the sport since he was five years old. Eventually, Ivan worked his way to a full-ride scholarship to play at UC Davis, and then as a graduate student at SMU. The San Diego native’s journey has been long, and anything but straightforward, but through his passion for tennis and the opportunities present in California he has forged a successful career and laid the foundations for a fruitful future.

“I grew up in San Diego, in a neighborhood called City Heights,” said Ivan about his roots. “I just joined an after-school tennis program one day, and I grew up playing and really loved the sport.” While neither of Ivan’s parents played tennis, their support was instrumental in nurturing his love for the game. As Ivan started to progress in the sport, he couldn’t always afford a coach. Therefore, Ivan’s father was his main coach for a large part of his journey, especially throughout his time playing in junior tournaments.

At nine years old, Ivan started playing in competitive junior tournaments. It was playing at Barnes Tennis Center where he developed his technique and love for the game and gained more success in junior tournaments. Ivan’s tennis journey took a step forward at age twelve, when he started to consider tennis a serious part of his life and his possible future career.

Like many immigrant families, Ivan and his parents were not completely aware of the possibilities at hand through tennis. “My parents were immigrants, and they didn’t know much about the American education system,” explained Ivan. “They definitely wanted me to go to college, but there was nothing that specific as to where.” Ivan was eventually offered a full ride scholarship by UC Davis, which was a dream come true for Ivan and his family. “I definitely needed a really big scholarship to help pay for my school. So, I’m grateful! I feel like tennis has brought me a lot of good opportunities in life.”

Ivan majored in communications, with a minor in economics at UC Davis, before earning his Masters in management at SMU Cox School of Business.

During his time in college, Ivan earned numerous accolades, including being named Big West freshman of the year, as well as multiple Big West first and second team honors, and AAC All-Academic team honors at SMU. Ivan believes that beyond success on the court, his time playing in college was just as important for his development as a person. “I really made my true best friends,” reminisced Ivan. “I also just loved traveling with the team. That’s the most fun part of college, just going in and experiencing all these new things!”

Ivan is a prime example for a lot of junior players in Southern California who may not come from a tennis family, or from a background of wealth. He was able to make the best of the opportunities he did have, with passion and the support of those around him. “Try your best and good things will come,” advised Ivan. “Enjoy playing the sport because at the end of the day, it’s just a game. Don’t worry too much about the wins and losses. Enjoy each match and just go and play!”

Ivan looked up to a lot of tennis stars growing up, but cites Novak Djokovic as his favorite, admiring the Serb’s all-round prowess. As Ivan himself now dives headfirst into his life post-college as a professional, it’s clear that his ceiling is limitless. The San Diego native has every chance of success as he looks beyond wins and losses and is focused on giving his all and having fun.