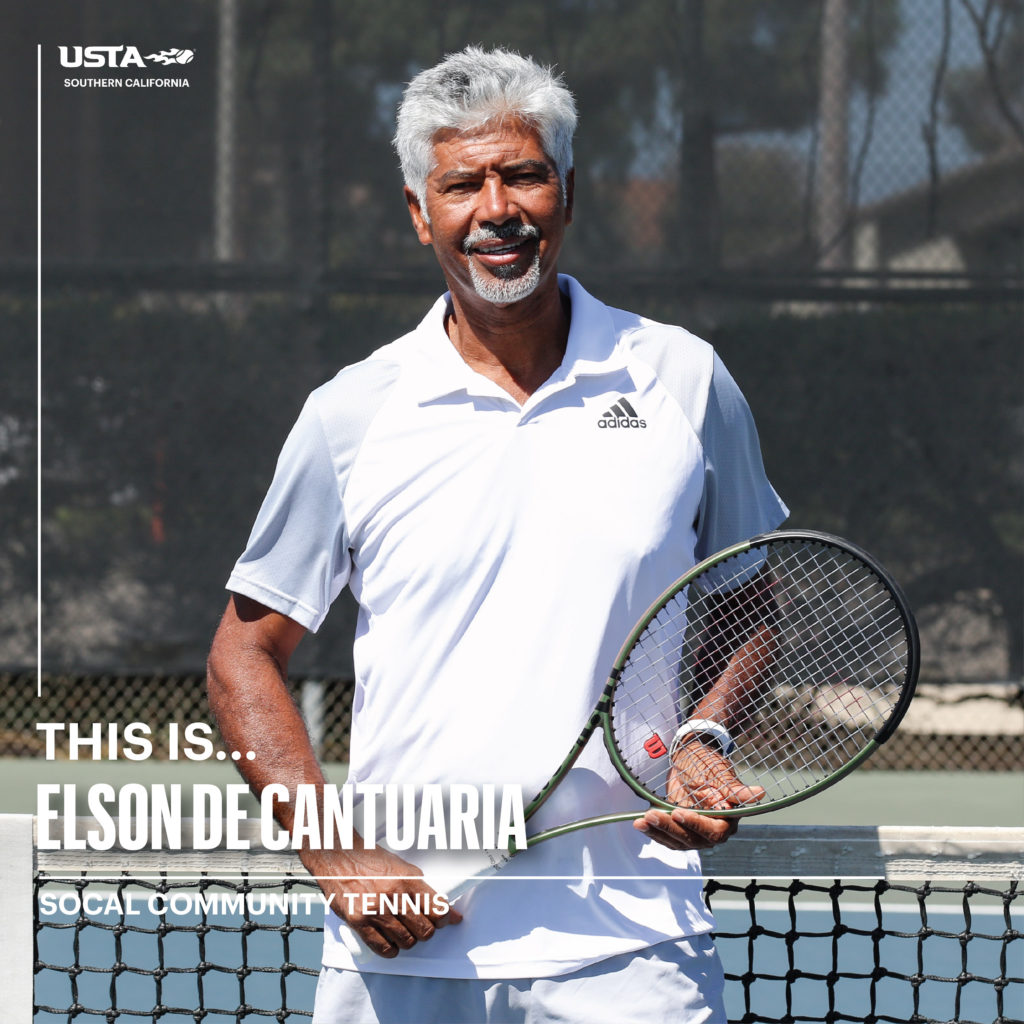 As the founder and director of Match Point Tennis Academy, Elson De Cantuaria has forged a place for himself in Southern California tennis as an educator and coach of elite, well-rounded athletes. Although the Brazilian national is thousands of miles from his native land, his numerous students and companions in the sport of tennis have made him feel right at home in Santa Ana.

“I actually got into the sport through my brother, who was a tennis coach,” recalled De Cantuaria, once the top ranked junior player in his native state at the U14 and U16 levels. When he first started playing tennis at 10 years old, it actually didn’t stick, and Elson took a two-year break before coming back to the sport. “When I came back, I completely fell in love with tennis. From that day on, I played at least two hours every day since I was 12 years old.”

Elson didn’t immediately have his sights set on the United States, as he decided against some initial college offers to instead go pro for a few years. Such a choice was possible in those days, but is not any more due to NCAA rules. Elson enjoyed a few years as a pro, but due to financial downturn in Brazil in the early 90s, he decided to take up an opportunity to play at Hampton University in Virginia.

At the time, Hampton was a Division II school, and Elson was ranked as high as #1 in doubles and #2 in singles. He battled through injuries during his time in college but made himself a successful collegiate player and enjoyed his time off court as well. Elson fondly recalls one of his favorite memories, which was seeing snow for the first time, a novel phenomenon for someone from Brazil.

“Coming from Brazil, a tropical country, I had never seen snow,” said Elson. “I was so anxious to see a snowstorm!” Aside from the change in scenery, Elson was also appreciative of a change in competition. “In Brazil, you grew up playing the same people in your state,” said Elson. “Then you come over here, and it’s just players on players!” Elson eventually graduated from Hampton with a degree in marketing and professional tennis management.

Elson used his experience on the court and in the classroom to set about pursuing his long-term goal of owning a tennis club. The dream did not come easy, taking Elson four years to found the Match Point Tennis Academy and another six before he had a tennis club to go with it. “Right after college, I was fortunate enough to work with Robert Lansdorp,” explained Elson. “He was one of the most known junior developmental coaches in the world. I was fortunate to have a lot of people around me with great knowledge and support.”

Making use of the people around him, Elson has been able to navigate the challenges of owning a club in California. Some of the most pressing challenges included finding a permanent space, and players. Through the relationships he built as a player, Elson was able to build rapport with high-level junior players very quickly. Elson initially had to jump around multiple courts before finding a permanent home for Match Point Tennis Academy in Santa Ana.

Match Point has had some high-level talent come through its ranks, like touring pros Kaitlyn Christian, Ernesto Escobedo, and Patrick Buchanan. Despite his success in cultivating elite tennis players and his longstanding pedigree in Southern California, Elson is not looking to expand the size of his program massively. “I have had many chances in the past to expand and have another location,” said Elson. “But that’s not who I am. I would rather focus all my efforts on one place and make it successful. One thing about Match Point is the fact that we are not big supporters of people dropping out of school to dedicate themselves to tennis only.”

The aim at Match Point is to be just as focused on building educated students as they are at making great tennis players. Elson describes his goal as making Match Point a place where athletic success and academic excellence meet. Even outside of tennis, Elson has endeavored to give back to the community in Southern California in any way he can. The Match Point Academy was extremely proactive in the midst of the crisis in Ukraine, with Elson starting a scholarship program for Ukrainian tennis players who were displaced by the war and needed a place to stay and train.

Despite being so far from home himself, Elson has not only found a home for himself here, but he has used his experience and skill to create a home for so many other tennis players. With a massive community by his side and a deep passion to improve his Match Point Tennis Academy, Elson’s legacy in California will be felt for years to come.