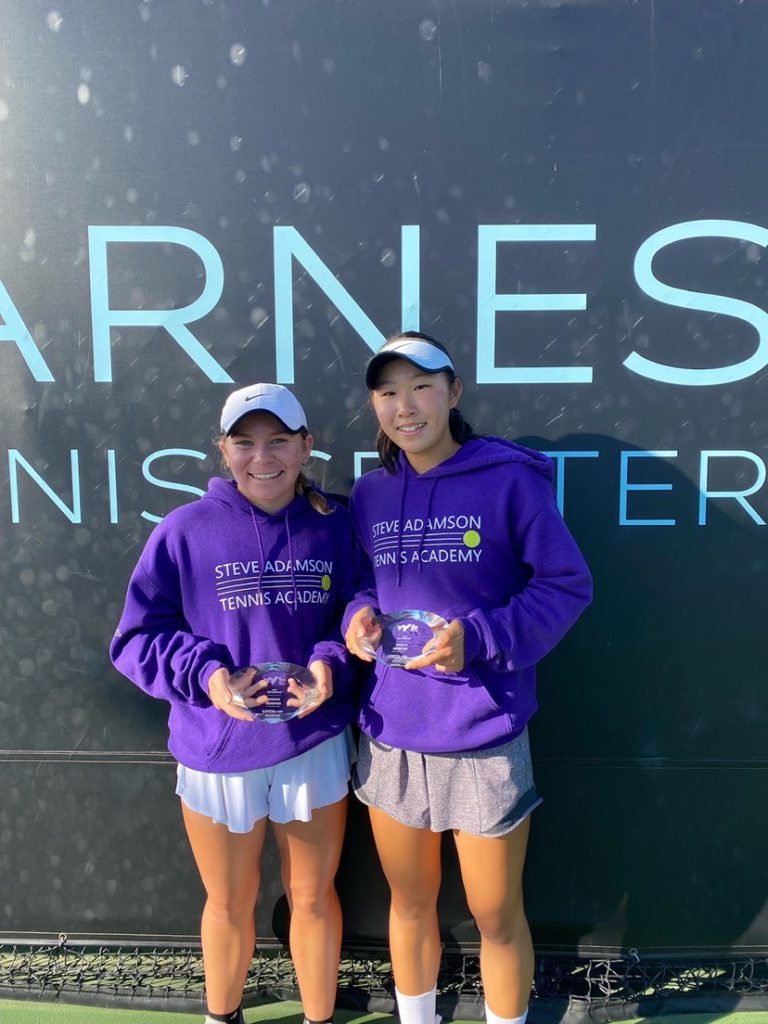 Both Deming and Ahn were extremely excited to break through. “It feels amazing to win my first ITF doubles title,” said Deming. “It was so great to play against some of the best players in SoCal and all across the world.”

Deming recognized her growth this past year and credited the work that she has been doing on her progression with her new coach. “I feel like I have developed a lot more of my game in the past year,” she said. “My new coach and I have been working on strengthening certain parts of my game, and I feel good about the progress.”

Ahn had similar sentiments and was especially proud to have earned her first accolade on a familiar court, and with a good friend. “To have played the tournament on my home courts at the Barnes Tennis Center made it even more special. I have been focusing much more on doubles and winning my first ITF title in doubles definitely raises my confidence going forward.”

In singles, San Diegan Svajda was impressive in a 6-2, 6-3 win in the final to capture the tournament championship. The younger sibling of emerging American star Zach Svajda, Trevor is well on his way to following his brother up the competitive ladder.

“It feels great considering I haven’t played many tournaments the last couple of years, especially in my home town.” said Svajda, who was overjoyed to have been able to win in San Diego. Svajda cites his father as a guiding force in his career, giving him credit for his development. “I’ve been working hard especially in the gym, trying to get stronger and my dad has been helping me a lot on and off the court,” he said. Trevor is currently focused on getting more experience and is considering his options for his career, including possibly playing in college.

The girls’ tandem shows no signs of slowing down either, as both players mention they hope to compile more titles and more experience on the junior circuit. Deming has her sights set on National L1 events and additional ITF draws, while Ahn is beginning to shift her focus to a collegiate tennis career.