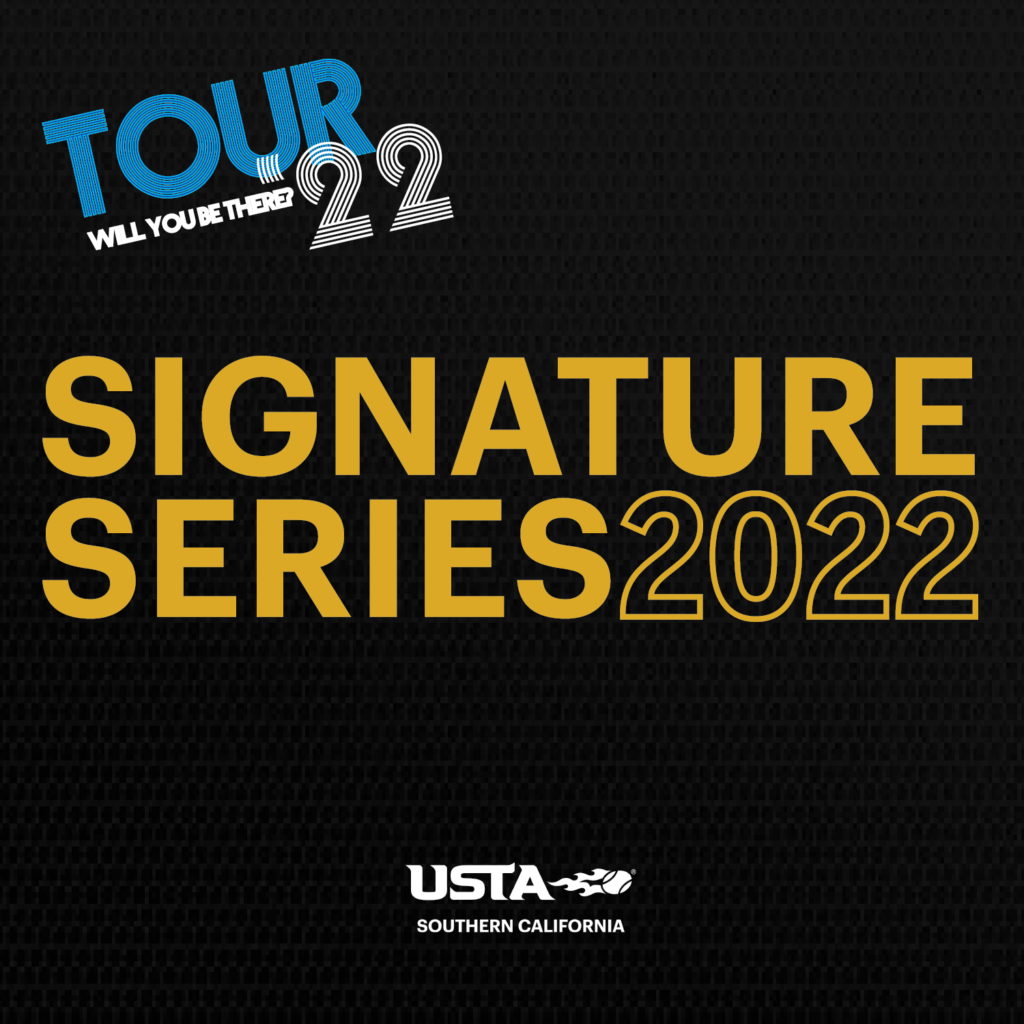 The most anticipation surrounds the Final 8 Masters event beginning November 12, which in 2022 will feature both juniors and adults and will serve as the culmination to the competitive calendar. At the junior level, a yearlong series of Grand Prix tournaments will feed the top eight finishers into a round-robin draw in each age division.

College athletes will capture the spotlight when they return this fall to the Intercollegiate Championships (date TBD), featuring both men’s and women’s competition for the first time this year.

The Signature Series will kick off with the return of Tennis On Campus (February 19-20) in San Diego. The region’s top club tennis teams converge for an opportunity to advance into the National Championship tournament later this spring at the USTA National Campus. But first, this showdown of the top teams will decide who earns one of five coveted berths into the national event. The field is led by UCLA, defending champions not just here in SoCal but also the National reigning champs!

In its third season as a mega-event, Super Sectionals (March 26-April 4) combines NTRP, Senior, and Wheelchair Sectionals into one amazing event. The trio of tournaments showcases some of the Section’s top players, particularly accomplished veterans at the senior level and some of the nation’s top wheelchair talents vying for a Sectional title.

The 120th Junior Sectional Championships (beginning June 11) return to Orange County this summer. This year, the theme is set as “Larger Than Life,” and will include an Opening Night celebration that features early round matches spotlighting the top seeds in each division. Later in the year, players reconvene in tandem play for the Jim Hillman Junior Doubles Sectionals (begins October 29).