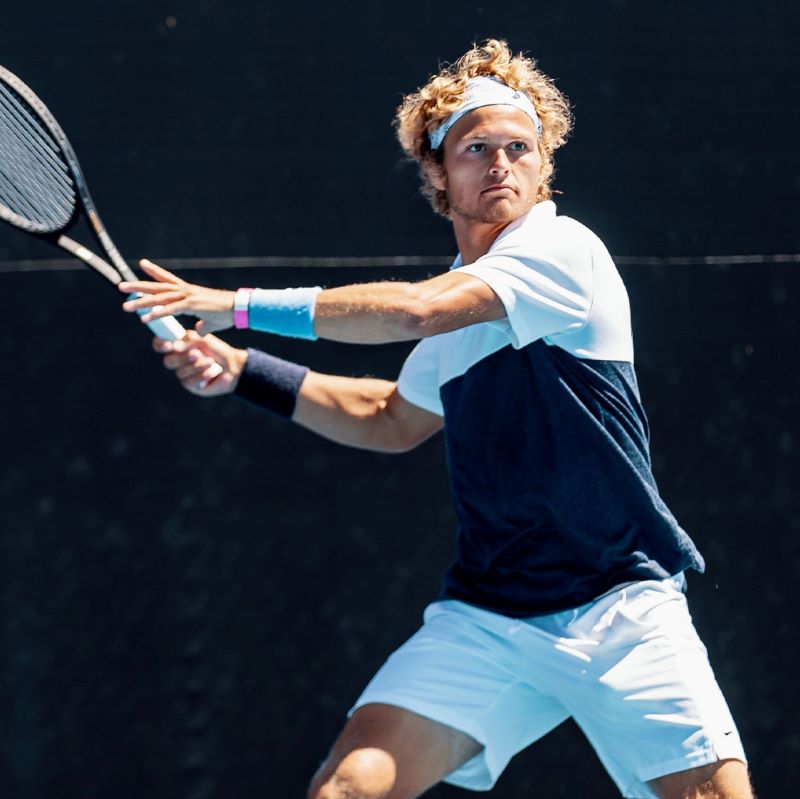 For eight of the past nine years Ryan Keckley has been associated with the University of San Diego men’s tennis team, the big boys at USC and UCLA have ended the Toreros chances of advancing out of the West Regionals Round of 32 and into the Round of 16 and a trip to the NCAA National Team Championships.

Entering his seventh year as head coach and 10th overall at USD, Keckley has good reason to believe the 2021-22 season could be the year the Toreros finally get over the hump.

“Four times losing to USC and four to UCLA,” Keckley said with a sigh last week. “You wake up and you understand who they are. You understand their tradition. What we’ve trying to do is figure out a way we can have a competitive advantage over them.”

Good news came down last week for Keckley and USD that senior August Holmgren had been nabbed an ITA preseason singles ranking of No. 28 in the nation, a higher ranking than any other SoCal men’s collegiate player. And that includes USC and UCLA.

Holmgren hails from north of Copenhagen, a small area on the coast of Espergaerde, Denmark, and is a Theatre Arts & Performance Studies major. Keckley said it’s players like Holmgren who he can recruit and develop that will continue to lift USD to greater heights, and finally a spot in the Sweet 16 very soon.

“We are not going to get the same caliber of player as a UCLA or USC are going to get and that’s just the nature of the industry,” said Keckley, who played his college tennis at Notre Dame. “Those programs just attract that kind of attention, so you have to go find athletic recruits who want to get better and develop them.”

He added: “It really all comes down to recruiting so we just want to try and get better.”

It doesn’t hurt USD and Keckley’s recruiting efforts that the tennis facility has undergone a multi-million dollars renovation and upgrade, including new scoreboard, stadium seating, locker rooms and offices.

Even though they have never reached the NCAA Team Sweet 16, USD and Keckley have done lots of winning. The Toreros won WCC championships in each of his four full seasons, and Keckley helped guide three USD players to All-American status as well as four singles and two doubles pairs to reach the NCAA tournament as individuals and accumulated 87 wins – including 33-5 in conference play (.868 win pct.).

Keckley calls Holmgren a potential Top 10 player in the country who works harder than any other player and who just keeps getting better and better.

“August has been awesome, nothing short of fantastic,” Keckley said. “He’s a guy who comes to work every day. He’s the kind of guy who writes three goals every single day before he steps on the court. Any time he learns something new he writes it in his notebook in between the changeovers.”

Keckley said player and coach clicked from the beginning. “And we just went to work,” he said. “Tactically and technically and emotionally, as well. Every year he’s gotten a little bit better. He has a 4.0 GPA and is an All-American in tennis. He does things the right way on and off the court and embodies what this program really means. He’s going to be a tough one to replace. He’s going to go down as one of the greats of USD tennis.”

Holmgren has yet to join the team this season choosing to play some ITF Futures events in Europe before joining the Denmark Davis Cup team for a tie on Sept. 18 before returning back to San Diego.

“He’s got lofty goals, and he should,” said Keckley of Holmgren, who reached the Round of 16 at the NCAAs in singles last year. “His ceiling isn’t even close to being capped. And that’s what’s so much fun about having a guy like him on the team.”

Keckley is fully aware he’s he is coaching and recruiting in a hotbed of junior players that would rival any in the country, with guys like Fritz, Nakashima, Seggerman and Sah often coming over and hitting with his players as young juniors.

“We are everybody’s first recruiting visit,” Keckley laughed. “A lot of guys will play on our courts, but they want a different experience in college. It’s just hard to draw them away from the likes of USC, UCLA, Pepperdine, Cal, Stanford. And that’s before you look at the price tag of $72,000 a year to come here.”

Keckley would love to keep recruiting top SoCal juniors like he did a few years back when Clarke Spinoza from Claremont played for USD. With a solid group of international players, Keckley’s program has been able to beat out rival Pepperdine six of the last seven years for the West Coast Conference Championship.

“We reached No. 25 in the final rankings in 2019,” Keckley said. “It’s all about winning just one more match. You have to get past one of those powerhouses if you wanna make the Round of 16.”