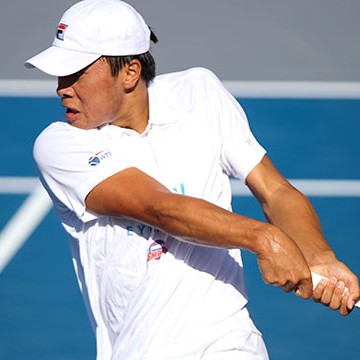 The eyes of the tennis world will fall on Southern California this fall when the best players in the world depart the US Open in New York and travel from the Big Apple to the desert for the rescheduled BNP Paribas Open and the return of World TeamTennis in 2021.

While local fans are certainly familiar with the BNP experience at Indian Wells Tennis Garden, the new format of World TeamTennis will be a welcome addition to the autumn schedule. Last year, the tour condensed its summer slate to a whirlwind week of action in West Virginia, held at a single site with many of the top touring players vying for a team championship.

This year, WTT will maintain the new format but shift the event to Indian Wells, creating an exciting new opportunity for west coast fans to get up close with their favorite stars as they compete in team play.

“Playing in a destination market such as Indian Wells has certainly piqued the interest of top players in our recruiting,” according to Allen Hardison, World TeamTennis Chief Operating Officer. “That combined with the minimal player travel in the new format has helped us assemble one of the top player fields in WTT history. Fans can expect to see some of the best players in the world throughout the season including Sloane Stephens, the Bryan Brothers, Kim Clijsters, John Isner, Genie Bouchard, Francis Tiafoe, Jennifer Brady, Taylor Fritz, Jack Sock, Jessica Pegula, and many more to come.”

In previous years, matches were played over a six-week period in various regions across the United States. With the new approach launched last summer, all teams play at a central site to allow multiple matches and sessions per day. The atmosphere is like no other, both for the fans and the players.

“Watching these players compete in a team format and playing for more than themselves always changes the stakes,” says Hardison. “The format brings out the best in these players and it offers fans the opportunity to see another side of these athlete’s personalities. We want fans to make a weekend (or a week!) out of it. Come check out the matches, participate in a clinic and hit with the top players in the world and enjoy all the great offerings of the beautiful Coachella Valley.”

A special ticket presale for USTA SoCal fans is now underway (thru Friday, July 16). Use the code “USTA” to receive this limited time discount. Click here for complete information. Play begins November 13 with the championship final slated for Sunday, November 28.