About Us - USTA Southern California

WE ARE SOCAL TENNIS.

USTA Southern California is one of 17 sections of the United States Tennis Association, the national governing body for the sport of tennis. With a unique history of producing some of the greatest American players of all time, including Billie Jean King, Venus and Serena Williams, Tracy Austin, Pete Sampras, Michael Chang, Lindsey Davenport, and the Bryan Brothers, we’re proud to be the stewards of #TeamSoCal, from grassroots to the world’s biggest stages.

The Southern California section stretches from the Central Coast in the north through Los Angeles and Orange County to San Diego in the south, and from the Inland Empire in the east to the Pacific Ocean in the west. 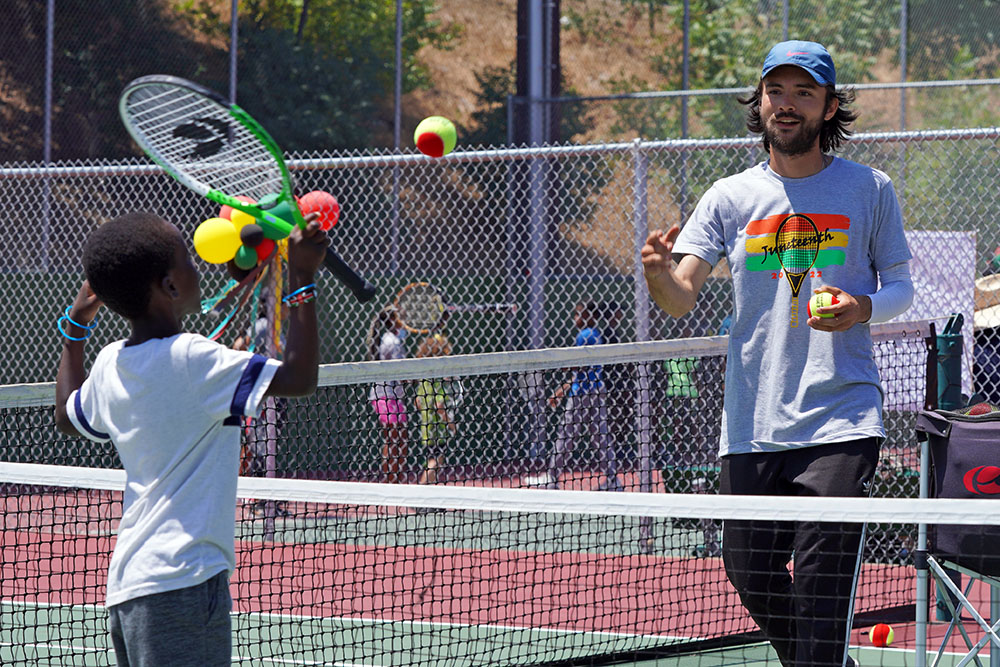 USTA Southern California is committed to a holistic approach to achieving diversity and inclusion in all aspects of the tennis community.

We strive to be a model of inclusivity and equity as we bring competitive, social and fitness-oriented tennis programs to SoCal residents. We are fully committed to making tennis accessible to diverse and underserved communities so that they may experience and enjoy the life-long benefits of the sport.

Our investment in the players and organizations who serve these diverse communities allows USTA SoCal to extend our reach across the section, recognizing and supporting young and talented players of color who have the potential to use tennis as a vehicle for obtaining a college or vocational education, or a professional career.

The Southern California Tennis Association Foundation (SCTA Foundation) has acted as the philanthropic entity for the USTA Southern California Section for years. During that time, the SCTAF has given away money to various individuals and organizations that make tennis available to people who are not easily reached by existing USTA programs.

– LEARN MORE ABOUT THE SCTA FOUNDATION