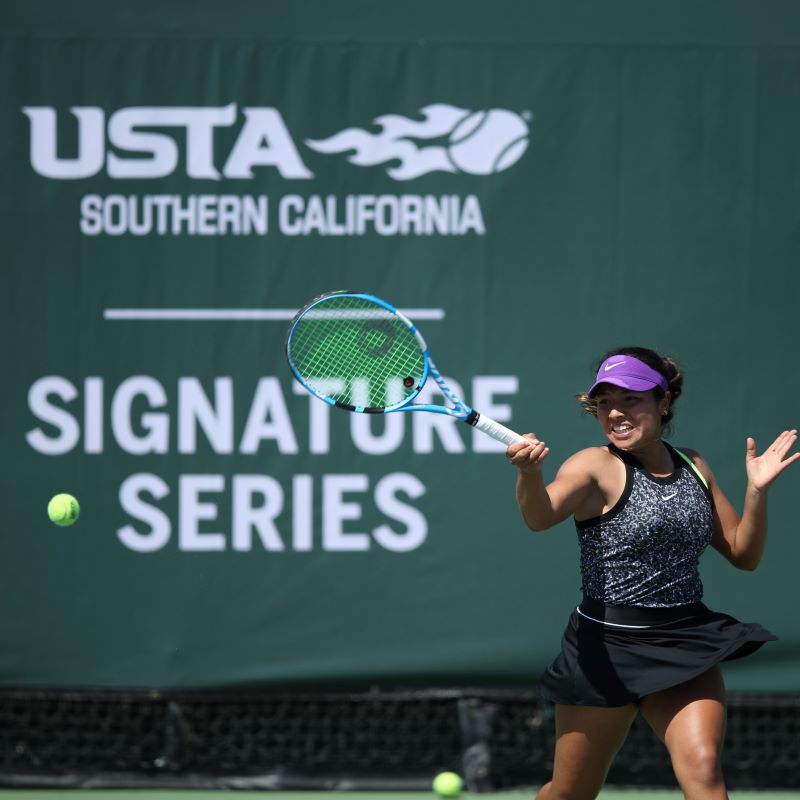 For two weeks in March, all eyes of the junior tennis world focused squarely on San Diego when the International Open of Southern California and the Easter Bowl were played back to back at Barnes Tennis Center. The tournaments proved an ideal backdrop for some of the world’s best junior players to compete for bragging rights in two of the biggest annual ITF events of the year.

Formerly the USTA Spring Championships, the J1 IOSC featured players from more than a dozen countries worldwide, as well as plenty of homegrown SoCal junior standouts eager to make their mark on the international circuit. Irvine’s Kimmi Hance was the most successful of the #TeamSoCal contingent, earning the Girls doubles crown alongside teammate Reese Brantmeier, who went on to appear in the singles final. Alexandra Yepifanova, the top seed in Girls 18U competition, defended her tournament standing with a victory in the finale. “All aspects of my game were working pretty well, so I’m pretty proud of myself for that,” she said.

In the Boys draw, unseeded Ethan Quinn embarked on a remarkable journey that spanned the entire two weeks he spent in San Diego. Quinn won the IOSC Boys 18s over Samir Banerjee, just one day after reaching the final of Boys doubles with teammate Nicholas Godsick (Fountain Valley native Sebastian Gorzny & Nathan Cox were doubles winners). He continued on to post a streak of 11 straight wins in SoCal before reaching the consistent and creative challenge of Juncheng Shang. Shang, from Florida but playing under the Chinese flag, was simply too fresh for Quinn, who ultimately emptied the tank to capture the first set of their showdown before Shang took control.

At the Easter Bowl, Iva Jovic jumpstarted #TeamSoCal hopes when she was crowned the Girls 14s champion early in the week. Jovic, the 2020 Junior Sectionals finalist from Torrance, won her second straight tournament in San Diego this year.

Then on Easter Sunday, Irvine’s Learner Tien reached the Boys 16s final of the Easter Bowl, losing to Texas’ Alexander Razeghi in straight sets. “It was a good tournament for me and I played well,” said Tien. “I’ve really upped my training and it really helped me for this tournament. I tried to treat it like any other match. I had nerves this morning.”

The experience of bookended tournaments was a treat for players and their coaches, especially those who have never been to San Diego, and the ongoing enhancements at Barnes Tennis Center were a strong indication that San Diego – home of rising ATP star Brandon Nakashima, among others – is surely becoming a hotbed of tennis on the west coast.

The IOSC also welcomed Tecnifibre as the official ball of the USTA Southern California Signature Series, a collection of eight premier events on the SoCal calendar. Up next: Super Sectionals (April) and Junior Sectionals (June).