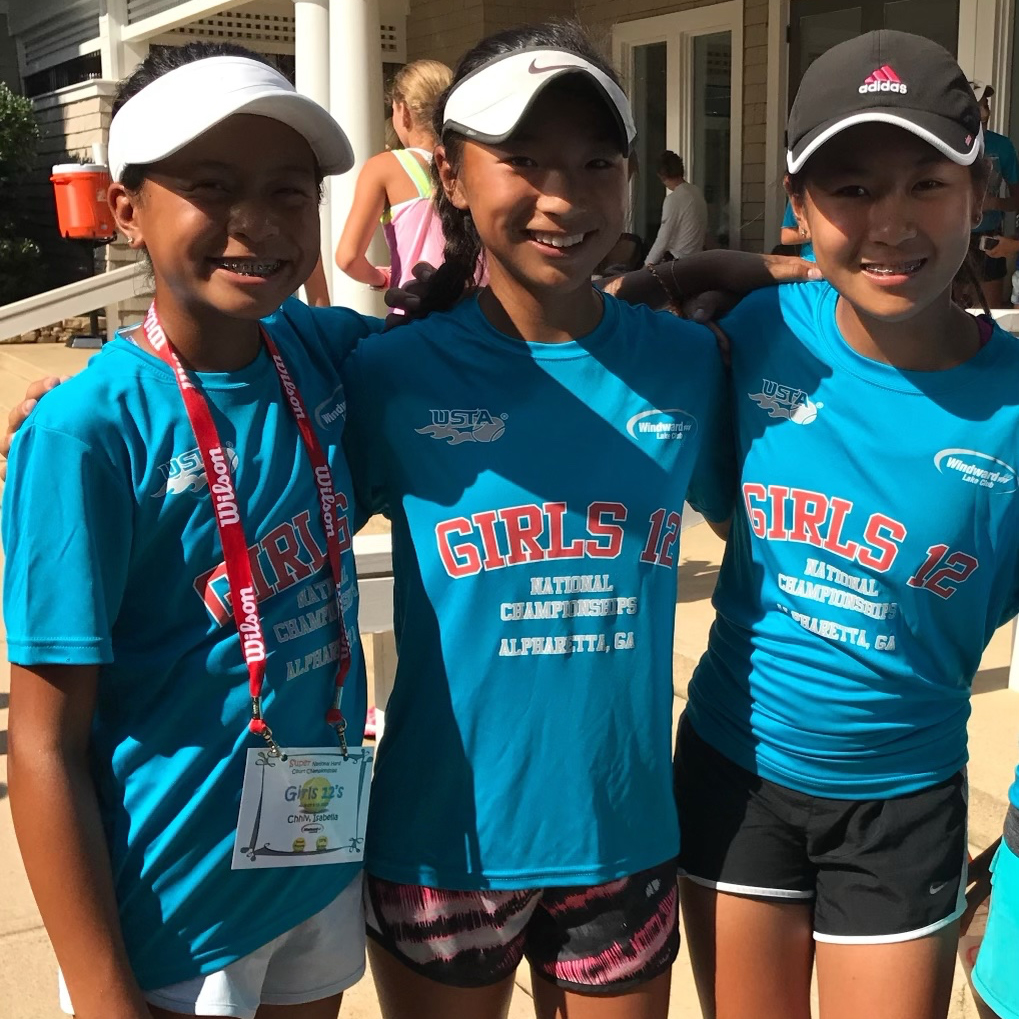 It’s no secret Southern California has long been a hotbed of tennis talent, stacking college programs with elite players from west coast to east coast, north to south, and all points in between.

So, it came as no surprise when former WTA player Laura Granville – a native Chicagoan who played her college tennis in Northern California and now coaches an elite Ivy League school on the east coast – decided to dive into the SoCal tennis recruiting pool and pull away three of SoCal’s best female players from the likes of national powerhouse programs like UCLA, USC and Pepperdine.

Longtime friends Katherine Hui, Maddie Jessup and Isabella Chhiv are the 16-year-old high school juniors who made the decision over the past two months after visiting the Princeton University campus in New Jersey to play for Granville and her popular assistant coach Aaron Paul starting with the 2023-24 school year.

“It’s so crazy to think we are all going to play at Princeton together,” said Irvine’s Chhiv, who recently returned from the USTA Winter Nationals in Orlando, Fla. “It’s so surreal and really kind of crazy. The timing had to be perfect for all of us to go there.”

At a tournament together over the summer, Hui and Jessup told Chhiv of their plan to take a recruiting trip to Princeton together. Chhiv said that Granville had reached out to her and expressed how unique and rare it would be to have all three blue-chip stars from SoCal sign on to play for the Tigers.

The trio will join Aliso Viejo’s Skyler Grishuk and Maia Sung of Rolling Hills as SoCal players on the Princeton roster starting with the 2023-24 season. Grishuk is a freshman this season and Sung a sophomore, so there is a chance there could be five of six players who grew up within a 125-mile radius of one another playing in the same lineup for the same team 2,750 miles from home.

“Taking my official recruiting trip at the same time as Maddie made my visit so much more memorable,” said Hui, who attends Santa Fe Christian School. “Coach Laura is such a great person, and I really liked her experience having played on the WTA Tour because that’s a goal of mine to eventually play professionally. Coach Aaron just has so much energy on the court and that’s exactly what I was looking for.

“I just love the team dynamic, and we are all going to really push each other to get better,” Hui added. “It’s great to be a member of the Tiger family.”

Hui, who as a 14-year-old competed in the internationally renowned Les Petit As event in Paris, attended the two-week ITF events at her hometown Barnes Tennis Center at the end of March for the International Open of Southern California and the Easter Bowl to watch both Chhiv and Jessup compete because she was sidelined the first six months of the year with a torn meniscus injury.

A junior formerly at Portola High School but now enrolled in online school at Laurel Springs, Chhiv said she was originally interested in studying STEM curriculum but is exploring other options for a major. Hui is more math-minded and is interested in something related to business.

A junior at Palos Verdes Peninsula, Rolling Hills resident Jessup said she has turned down several media interview requests about her commitment to Princeton, instead deciding to focus all her attention on her tennis but did say she was “very excited to be joining the Princeton program in 2023.”

Chhiv said she was surprised when she learned that Princeton assistant Paul was headed to Florida to watch her play Winter Nationals. “It was amazing to have that moral support,” said Chhiv, who said she will be testing the ITF waters over the next few months, including a Level J1 in Costa Rica, before returning for the Easter Bowl and some of SoCal’s biggest summer events. “Both Coach Laura and Coach Paul want me to see different players and get used to playing in uncomfortable and unfamiliar environments.”

They still have the remainder of their junior years and a full senior year before becoming teammates at Princeton, so all three will have time to reflect on their amazing junior careers.

“We’ve known each other since we were nine,” Chhiv said. “They are two of my best friends. They say team culture and chemistry is often overlooked, but it’s something we will be able to add as soon as we arrive.”

Hui concluded. “I’m so close to them and we grew up playing tournaments together. It’s going to be incredible having them there with me.”